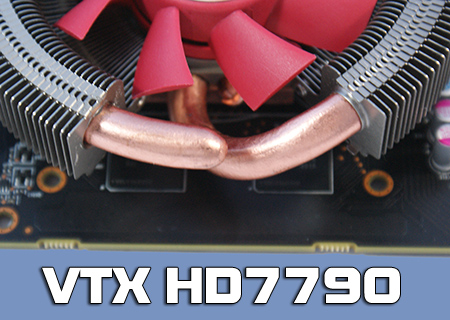 We've often commented upon the fine line that exists between reducing the performance of the hardware to the point that it's a bargain, and reducing it too much to be worth purchasing.

There is no doubt that the HD7790 is reduced past the point of usefulness. In every single test it was bested by the GTX650Ti, and quite often it was barely ahead of the HD7770.

Given that AMD are removing the HD7850 from their range and filling the hole with the HD7790, it really needs to be good. It just isn't. Nothing about it makes it worth recommending. If you want a cheap card regardless of performance then there are loads on offer. If you want a better performing card then almost anything works too. But if you want something that nicely hits the sweet spot of price and performance without busting the budget, it's unquestionably worth either purchasing a GTX650Ti or, if you must have an AMD product, seek out a HD7850 before they disappear off the shelves.

Don't think we're being mean to the HD7790 either. This is testing in the absolute best case scenario, giving the card every chance to shine. If you can afford a i7-3960X and overclock it to 4.6GHz, the likelihood of you only being able to afford a HD7790 is slim. The reality is that it will form part of a system based around lower performing components, and so the results will be even worse than those we see here.

The final nail in the coffin for the VTX3D HD7790 is the decision to stick with an unshrouded cooler. Whilst we understand that PC hardware is one of those places in which elitism is rampant, you still want a system that, even if it doesn't actually perform well, looks like it could. The reference design apes those of the big budget models and could, at a glance, be confused with one. The VTX3D looks cheap, half-finished almost, which only makes the lack of performance even more galling.

All in all we have no reason at all to recommend the HD7790. It's cheap, but so a pencil and paper and given the HD7790 struggles into double digit frame-rates on modern titles then you'd have more fun with a game of dots and boxes. It would have a higher frame-rate too. Find an HD7850, or grab a GTX650Ti. Both provide vastly superior experiences than the HD7790.

Thanks to VTX3D for supplying the HD7790 for review. Discuss your thoughts in the OC3D Forums.

Redspeed93
Is AMD really removing the 7850 from their lineup?

I haven't heard or read that anywhere else.Quote

VengeanceUK
all i can say is amd fails again, which is a massive massive shameQuote

Redspeed93
Quote:
Agreed. Sadly we're approaching the point where failure is more of a regularity than success for AMD.Quote

tinytomlogan
Its the 1GB 7850 thats being discontinued, and thats the one thats right on the same sort of money as the 7790. Fuzzy logic IMHO.Quote

SPS
I don't like to be the one to complain but I'm finding it harder and harder to parse the graphs nice and easily. Is there a way we can get some sort of sorting going on?Quote
Reply