The first thing you notice about the card is that the 8800 series has suddenly lost a lot of weight. No longer the dual slot girth of the GTS/GTX/Ultra, the 8800 GT has lost a few inches. This is seriously good news for those who want those adjoining PCI slots for useful things like sound cards and RAID controllers.

A nice touch is the "GeForce" logo on the side of the card. Now people will know you've got an Nvidia card nestling in your case. 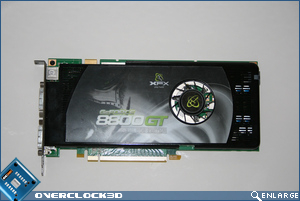 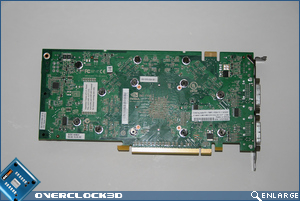 The heatsink covers the whole card and Nvidia have included a rather piddly looking fan...more on that later. XFX have branded the card again with their Alpha dog character, which doesn't intrude too much on the aesthetics of the card too much. The funny thing about this card is that it feels somehow less powerful with a single slot cooler, just from looks alone (I'll admit: I'm a bit strange). E-Penises aside, it's not a bad looking card, apart from missing the usual XFX sexy black PCB. 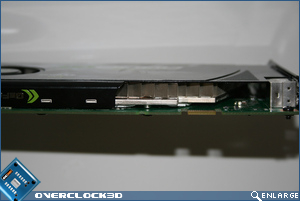 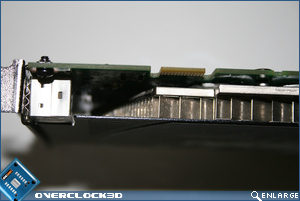 Another good thing about the 8800 GT is that it doesn't need extra power for those few extra shader processors, or additional features that G92 has packed in there. 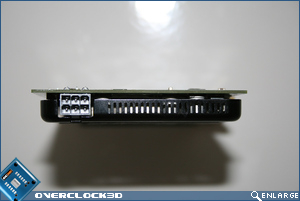 Here again we see just how thin the card really is. It's 100% a single slot card with a nice single power inlet. Now let's see how big it looks when we stick the beastly 8800 U next to it... 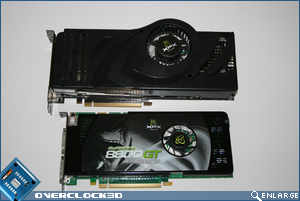 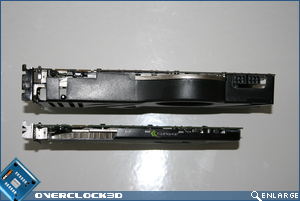 It's almost as if Nvidia said "right lads, we've run out of materials, start making small cards now". Of course, 65nm will certainly help this along... 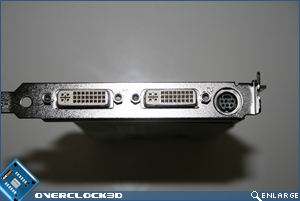 As usual with the latest cards, Nvidia have produced a card with two Dual-link DVI outputs as well as a TV out. The card is again HDCP-ready for those with spangly HDTV's with HDCP.

The cooler is somewhat of an enigma to me. Whilst it keeps the 65nm G92 at 53°C idle, it loads the card up at 78°C load. Whilst this is still decent for a current gen chip it does make me wonder just how good the cooler is. 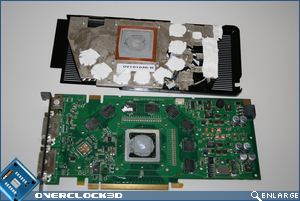 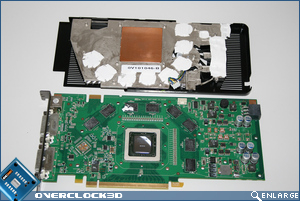 As you can see, the cooler is made of a copper base with aluminium fins and memory contact area. XFX have applied a liberal spread of thermal paste, perhaps a little too much, but overall the cooler does OK.
Noise

Right now I don't have any type of scientific sound recording equipment so you will have to rely on my ears for now. 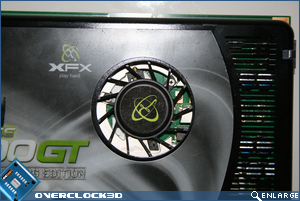 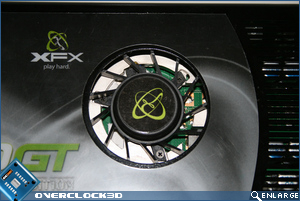 Which would quite frankly be bleeding if the cards fan was set to 100% all of the time. Luckily it never breaks a sweat in games (obviously Nvidia realised this would be a sticking point), and so you simply do not hear it. However, open up nTune and put that coolers fan on 100% and you will start crying. The noise is basically unbearable, so beware if this is something you do to keep your card that much cooler when overclocking. 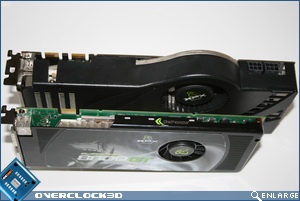 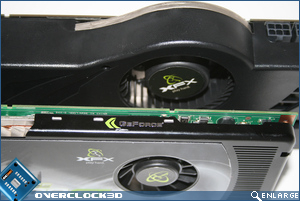