Quake 4 is a game built on the Doom 3 engine. This uses many DX 9.0c features and is a game that nVidia traditionally did well on being an OpenGL game. Once again I did three two minute runs on Quake 4 on each card and took the average of all my readings from these. I played a fast and furious part of the game that required both internal and external scenes.

Historically, Nvidia have done very well in the Doom 3 engine and the 8800 GT should be no different. 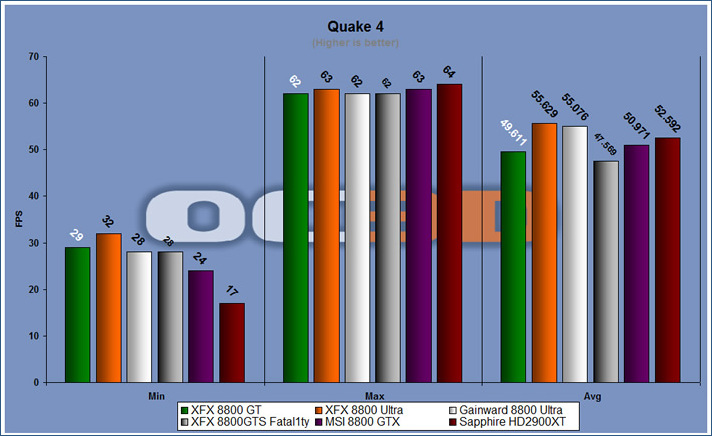 C&C3 is the much awaited RTS from EA. Hugely popular and with some pretty nice visuals almost every modern PC should be able to play it. I tested a skirmish right at the end when I had a screen full of mechs to defeat the enemy. AA was set to the highest level it could be in-game.

There shouldn't be much difference to the performance of all of the top cards here, but let's take a look. 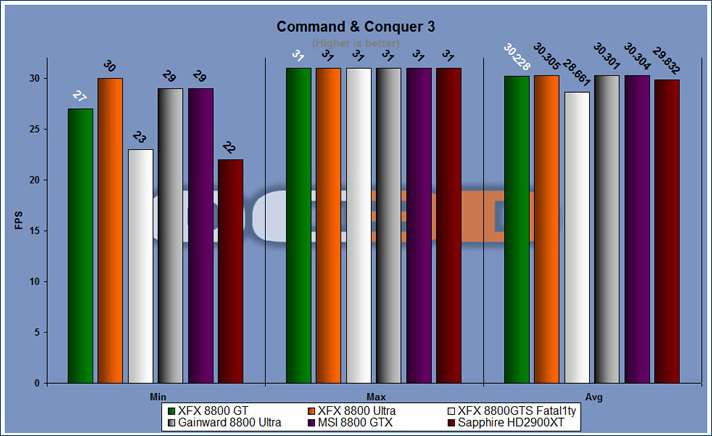 Funnily enough, the 8800 GT performed a little under the rest of the top-end cards, but nothing that you would actually notice in-game.

Bioshock is a recent FPS shooter by 2K games. Based on the UT3 engine it has a large amount of advanced DirectX techniques including excellent water rendering and superb lighting and smoke techniques. As I am hoping to do a DirectX 10 comparison once we have a few games out to test, I used the DirectX 9.0c path in Windows XP to test the game in this part of the review. 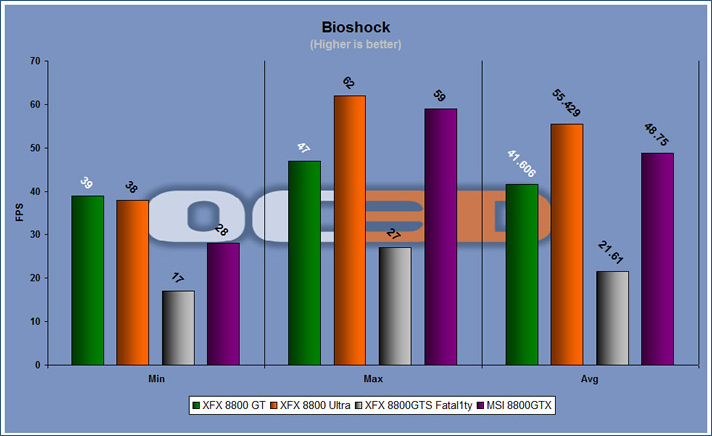