First we start with 3DMark03. This is a benchmark that relies heavily on DirectX 8 features. This will give an indication of how the card will run on games that rely on DX 8. 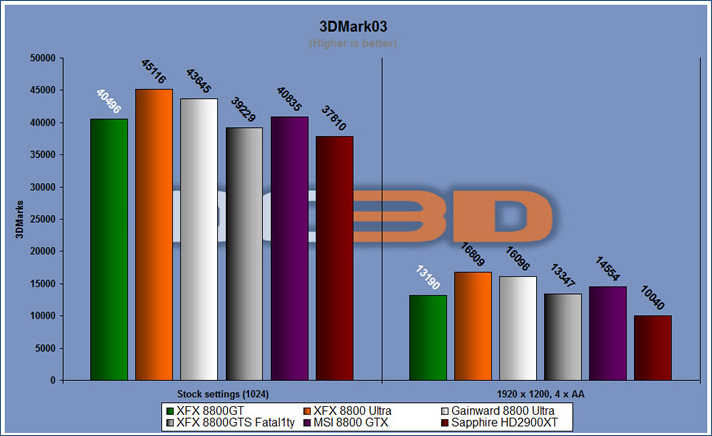 Falling just behind the other cards (apart from the 8800 GTS Fatal1ty) in 3DMark03, the 8800 GT puts up a good fight in the earlier benchmark.

I ran 3dMark05. This benchmark requires some more features of DirectX 9 and gets slightly more taxing on the cards. 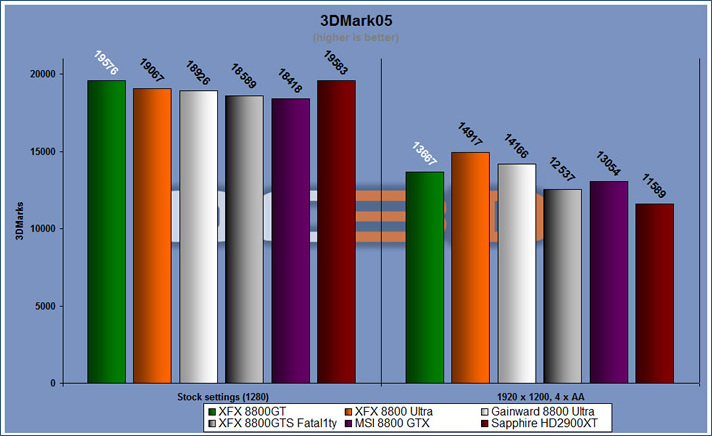 3dMark06 is the latest in the benchmarking tests from Futuremark. It has a lot of DirectX 9.0c features such as HDR and use of Shader model 3.0. This benchmark is very taxing for the cards and also includes quite a harsh CPU benchmark. Seeing as this was run with the exact same CPU this was not an issue. This is the latest Futuremark benchmark and so carries a bit more weight for modern games than the previous two. 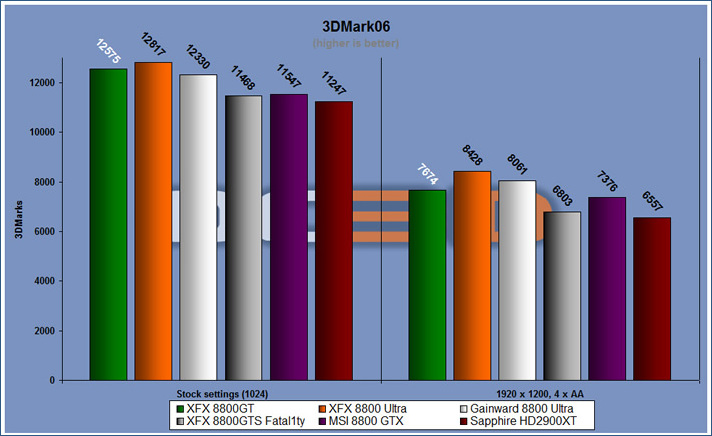