A test run of 3DMark06 was performed after the overclock to verify stability and also if the OC was worth the time.

Note that no hard or soft mods were performed on the card apart from setting the higher clocks.

Here's what I saw: 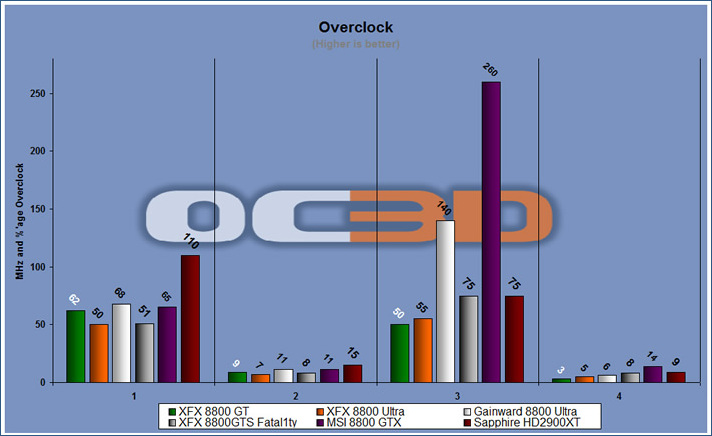 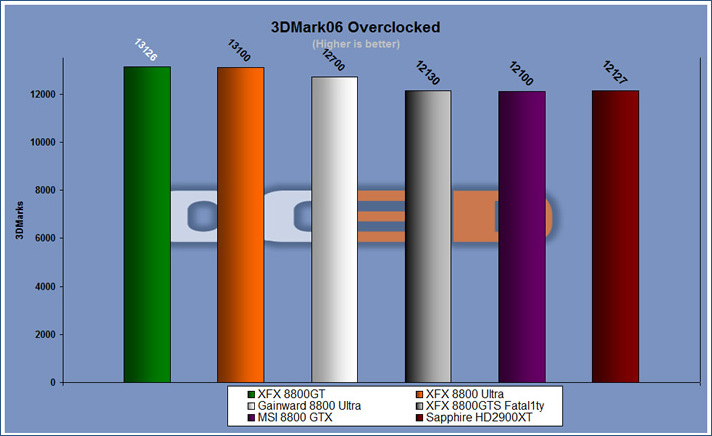 Achieving a quite superb 3DMark06 score of 13126, the overclocking seems to be fairly worth your while. However, please note that this may void the excellent XFX warranty.