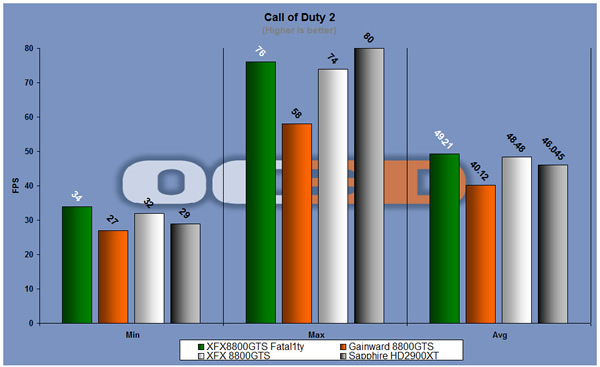 The XFX Fatal1ty GTS keeps up with the others cards here and indeed beats them out by a few FPS. Only the 2900XT manages to top it on Maximum FPS.
F.E.A.R.

F.E.A.R. is a game based on an engine that uses many features of DirectX 9.0c. It has volumetric lighting, soft shadows, parallax mapping and particle effects, with a slow-motion mode that really taxes today's top of the line GPU's. I fully patched version the game with the latest patch. I played three two-minute runs on a taxing part of the game with plenty of action, using slow-motion for the full time whilst firing at enemy soldiers and using grenades that produce a cool "blast" contortion effect when blown up.

F.E.A.R. looks great on the 8 series for sure, but how playable was it? 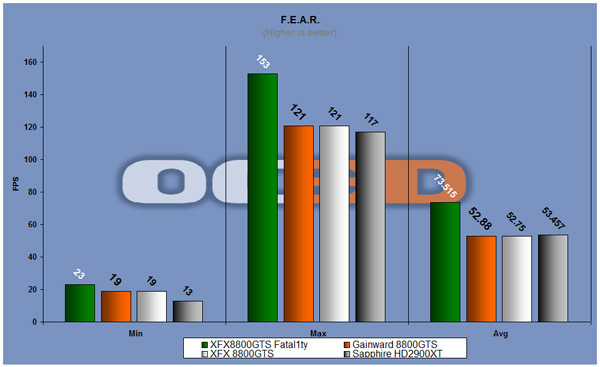 F.E.A.R. was very smooth and looked gorgeous on the 8800GTS Fatal1ty. The 320MB less memory making no difference to the gameplay. Those 1500MHz clocked shader processors and stellar clock speeds made all the difference getting the 8800 GTS Fatal1ty to the top of the pile here.
Oblivion

Oblivion is an awesome RPG with a simply huge immersive environment, great graphics and incredibly realistic scenery. This game is currently one of the most testing games that you can buy and it is certainly a test of the high-end cards here. I chose to do a run-through of the Arena part of the game. I spoke to a character, did some magic whilst in a fight and fought in the arena that is pretty huge. Also as well as doing this test I took a wander around to make sure that the benchmark resembled the general gameplay with each card.

Settings used are below: 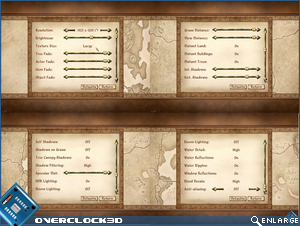 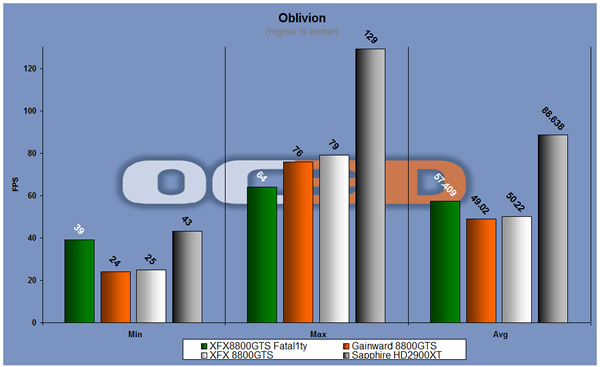 Strange results here but the XFX Fatal1ty 8800 GTS kept a far more playable frame rate than it's 640MB brothers with only the awesome Oblivion performance of the ATI hardware beating it to the top of the charts.
«Prev 1 2 3 4 5 6 7 8 9 Next»

PV5150
Awesome review Kemp and a great card to boot. Loved the inclusion of the DX9 vs DX10 comparison.

I'm seeing what I can do about getting a more thorough analysis of that, keep your eyes peeled folks

darkorb
Nice review man, im still reading it and thought i should post this.

I just won this card on bjorn3d.com, so i am totally excited for it. Would this 320mb version work with my existing 640mb in SLI?Quote

FarFarAway
Not sure mate tbh, worth a try I suppose

I am loving the DX9 and DX10 comparison, was a suprise!


Quote:
It would work perfect, as long as you have the card with the smallest amount of memory in the primary slot.

That is what I found to make it work without a BSOD.

That has some more infomation!