Most people cannot afford to purchase flagship GPUs like the GTX 980Ti or the R9 Fury X and monitors which are higher than 1080p 60Hz. The more budget oriented, sub £200, GPU market has for this reason always been one of the most interesting market segments, as it is where price to performance matters most and is also where the best price to performance is often found. 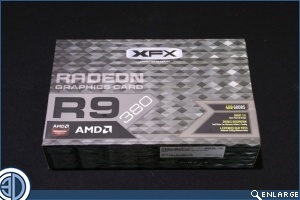 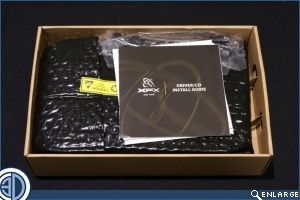 While AMD's R9 380 is based on the same Silicon as AMD's R9 285, it does offer a great deal of benefits over it's older iteration. Firstly it is available in both 2GB and 4GB variants, giving gamers  the option to use higher resolution textures than before, secondly there is the fact that the R9 380 has both higher memory and  GPU core clocks, while still having the same TDP of 190W.

When comparing this model to XFX's older R9 285, we see that XFX has given the R9 380 a new cooler design, 2GB more VRAM and core clocks and memory clocks which are increased to 990MHz and 5700MHz, from 918MHz and 5500MHz on the R9 285, respectively. This new model comes in at the same price as AMD's older R9 380 GPUs, so in essence all gamers are getting here is more value, which is certainly a good thing.

The ends of the PCB have a curve on them which is very pleasing to the eye especially when we are so used to sharp square ones but the main thing that you might not notice at first glace is the PCIE power connections are on the very end of the card. This could make cabling easier in tights cases like a HTPC or ITX style case where normal PCIE locations may cause issues with case panels closing but even if you have a bigger case as shown in our pics it can make things look incredibly tidy. 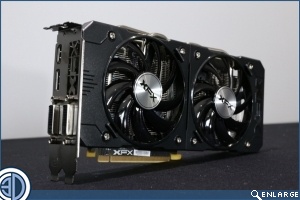 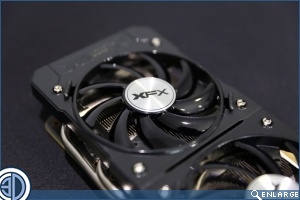 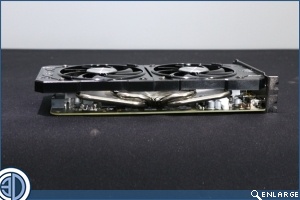 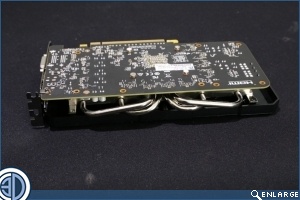 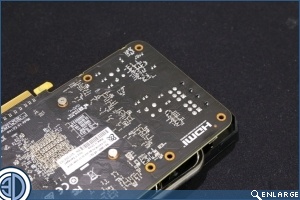 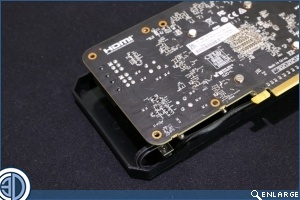 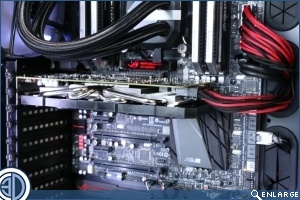 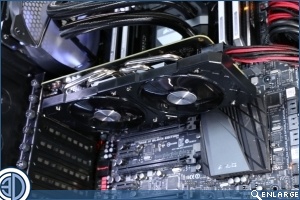 What XFX have shown us here is a GPU which delivers a great deal of value, offering 4GB of VRAM for under £180, which is a great deal given that Nvidia's cheapest 4GB GTX 960 on Overclockers UK is £200.

While many people will complain that AMD's R9 380 is just a rebrand of their older R9 285, it's upgrade from 2GB to 4GB of VRAM and it's bump in both GPU and memory clock speeds makes it a highly competitive GPU in today's market which offers a fantastic price to performance ratio for 1080p gamers. Cool and quiet performance plus the PCIE connectors being on the end of the card make it a GPU we think you should be putting on your shortlist.

You can join the discussion on the XFX R9 380 on the OC3D Forums.

Wraith
Oh nuts! Cheers Tom, now my head is afloat with ideas... I really really need the CUDA power but seeing this, I'm seriously considering team RED again and switching to LuxRender for my rendering.. it's a stonking card for the wonga, 4gb, mucho shader cores and the 256 bit bus.. NVIDIA equivalent is almost double the price. I HATE this market.Quote

NeverBackDown
Only got to 61C in testing? That's mighty impressiveQuote

Greenback
Quote:
nearly the exact words that came out of my mouth when Tom said that in the video

And it's a nice looking cardQuote
Reply