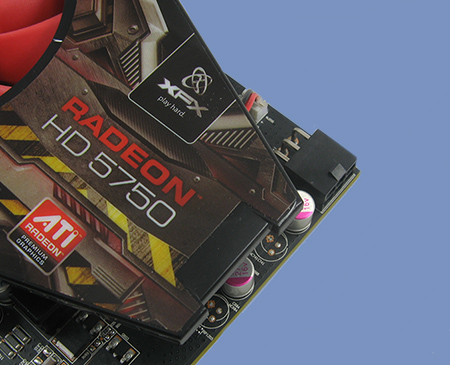 The Performance test in Vantage is the default benchmark that most people use. Of course the resolution and image quality settings leave a little to be desired, but nonetheless it will be a good test to see how the overclock fairs against the standard speeds.

There is certainly a benefit to be had with 1000 point P-Score improvement from such a relatively small overclock shows that this card could indeed be quite a go-er.

The High preset is much more representative of the average users gaming life though, running at 1680x1050 and with 2xAA it is about the settings most of you will run.

Here we can see that a good overclock is necessary to produce barely playable results and the stock settings really show the limits of the card.

Dirt 2 is, as we've often mentioned, a great game for testing because the graphics engine used is well optimised and responds well to even average hardware.

The results are stark, with the overclock that gave such a good boost in 3D Mark barely making a dent in the real world and the maximum frame-rate being unchanged. As we said earlier the mark of a card isn't solely in its GPU speed, and never is this more obvious than in this graph.

If ever a game absolutely is at home on a particular architecture it's the combination of GRiD and ATI. It adores ATI hardware so much we reckon you'd get 60FPS from a red hamster wheel.

Time for a conclusion.