It's very easy to get blinded by the endless parade of high end graphics cards. We all dream about owning the most powerful system known to humankind, but the reality is that the majority of people don't utilise such expensive cards.

Probably the easiest way to determine what people really own is to utilise Steam analytics. After all the majority of hardware forums tend to be populated by people who are enthusiasts, so by definition you get skewed results. Steam reports that the most popular graphics solutions are the Intel HD4000 series - i.e none at all - followed by the GTX970. This, therefore, is the most often purchased GPU on earth. Impressive.

Zotac have been big players in the graphics market for as long as we can remember. A particular highlight is always their AMP! range, giving monster factory overclocks and allowing you to reach dizzying frame rates with the least effort.

Today we're looking at the AMP! Extreme, about the fastest "out of the box" GTX970 around. Replete with a triple fan cooler and very a stealthy appearance, this will fit lit a champion without requiring your system colour scheme to go one way or another. 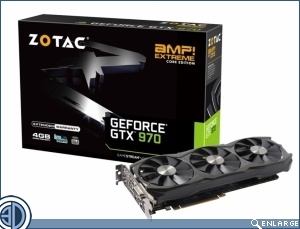 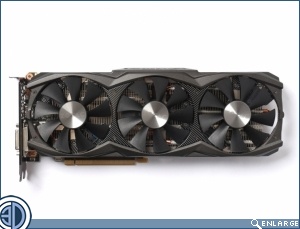 About the only complaint we can levy at the looks of the GTX970 AMP! has to be the upside down Zotac logo on the backplate. How difficult is it to work out which way round it should be. 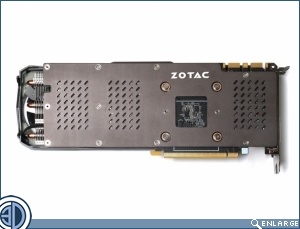 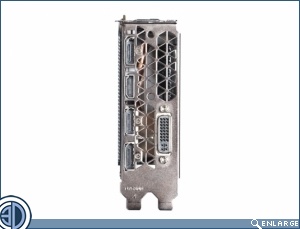 As you can see from the specifications, the AMP! has a high clock speed of 1228MHz, boosting to an enormous 1380MHz. If you're in the market for a card that gets it done without requiring any fettling at all then, on paper at least, this is the very thing. 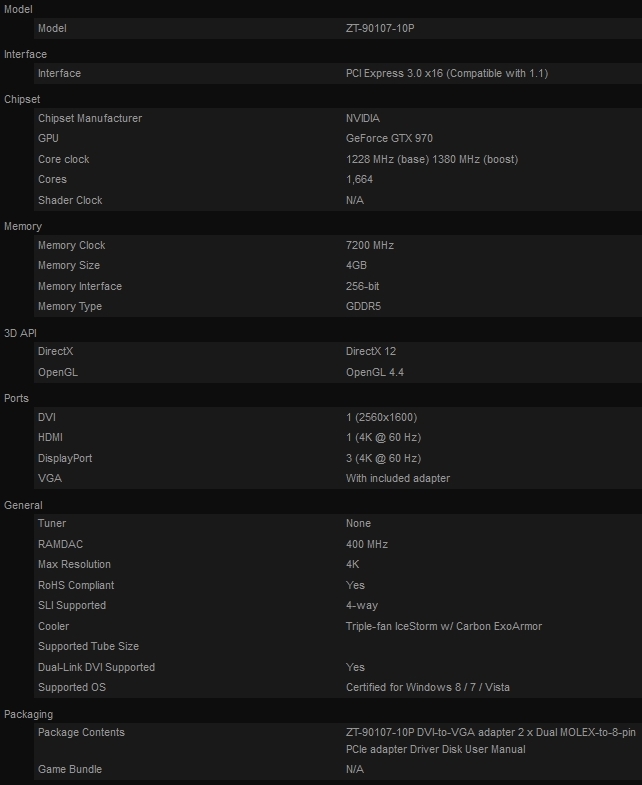 Tripp
Nice write up, can't believe the 970 is the most popular card on steamQuote

cooperman
Zotac is realy steping up with the extreme edition cards this maybe my next upgrade card if i ever get back in to work lol.Quote

MiNo
I miss these performance graphs to include a few older cards for comparison.

Most people who are looking to upgrade, have something they upgrade *from*. That card, i bet, i usually missing.

Obviously not all cards can nor should be on a list, but adding 4-5 of the past 3-4 years big sellers would go a looooong way as to give people a feel for what they would gain by upgrading.

By having only <1 year only cards on the list it it likely that none with these cards are already looking to upgrade.

The GTX970 should be on performance graphs for the next several years because of the numbers bought.Quote

cooperman
Quote:
Well that will be a huge pain as youed have to get those old cards out and retest them as you cant realy use old bench tests because cards have gotten better with newer drivers so it wouldn't be very accurate.Quote