In keeping with the revamped box design that the Republic Of Gamers arm underwent a couple of years ago, the Gladius III is a mainly black box with red accents and clear product imagery. 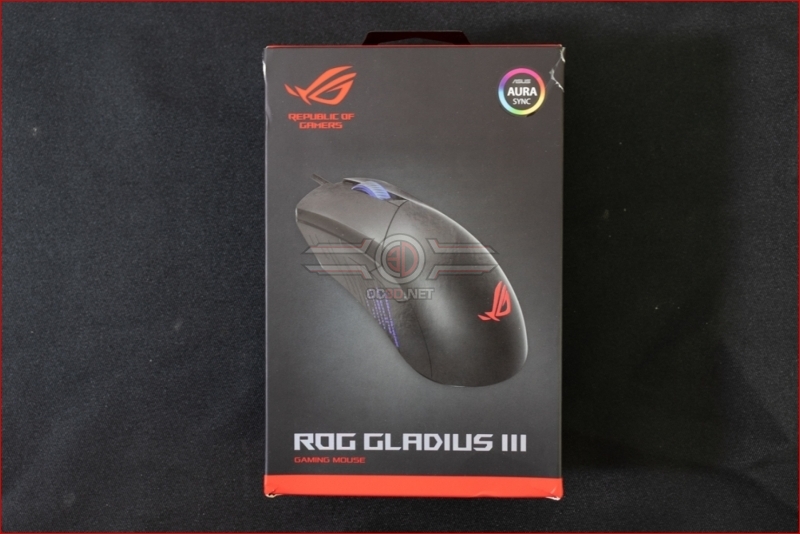 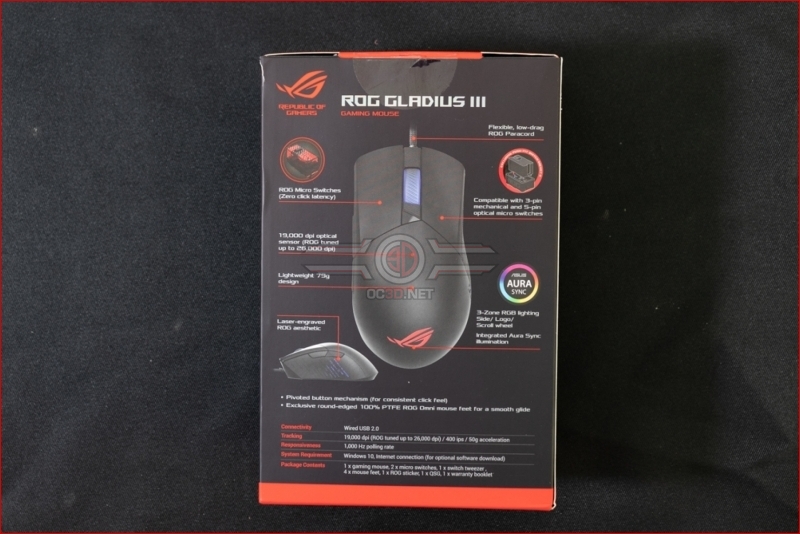 As befits a ROG product you get a good selection of bits and bobs within the box. There is the quick start guide, some alternative microswitches and a pair of tweezers to remove the current ones, as well as new feet and some stickers to show off your brand loyalty. 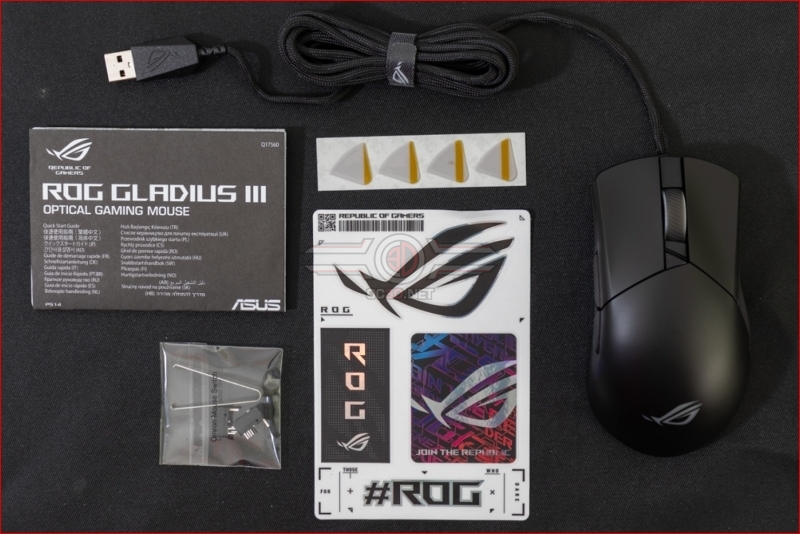 The top view gives a good look at the shape of the Gladius III. Whilst it's listed as a right-handed mouse we think the curve is subtle enough that those of you left-handed people who are used to putting up with a right-handed rodent won't have any difficulties using the Gladius. 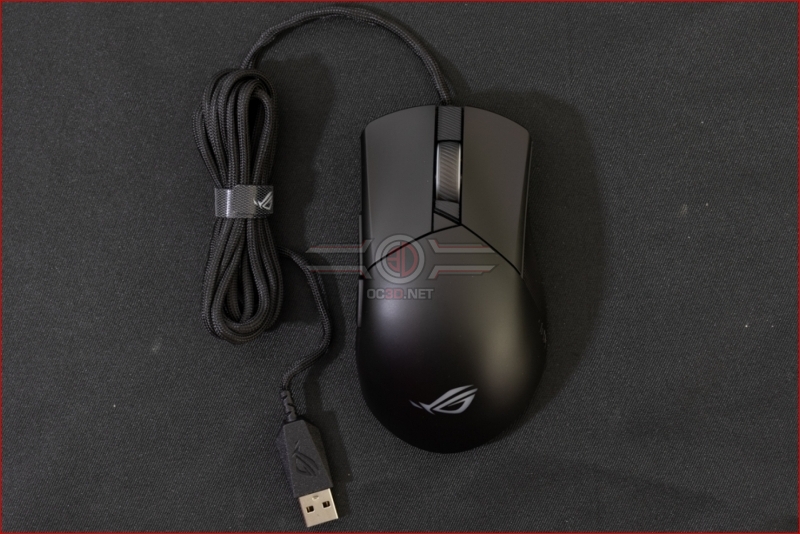 On the underside we have four large low friction feet, replaceable should you wear them out as you saw above. Below the sensor are the two covers for the screws which free the top if you want to swap out the microswitches, and between them is the profile cycle button. We've no idea why ASUS insist on putting the profile swap button on the underside. Clearly this was designed by someone who doesn't use that feature. 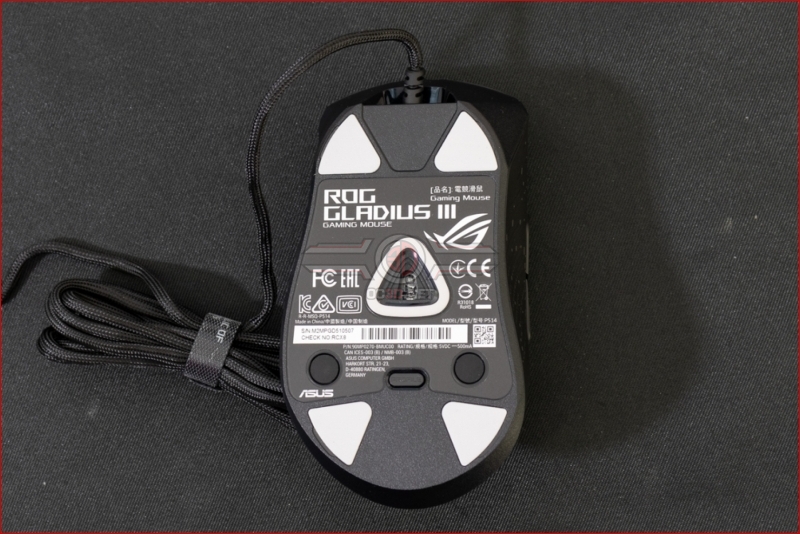 The left hand side has the standard pair of side buttons that have so long been the default setup for mice since they first appeared on the Microsoft Intellimouse all those years ago. You can also get a closer look at the ROG Gladius branded lighting on the side, which has been also shown off at the top of this page and in two pages time. 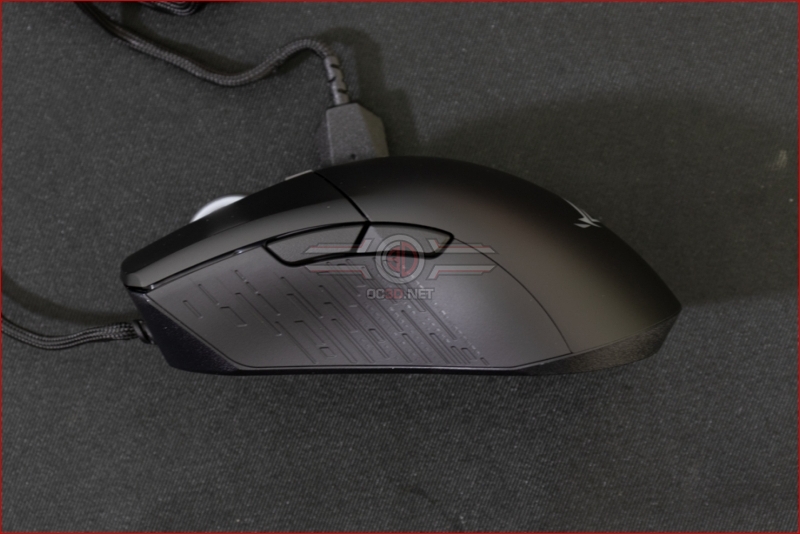 Lastly the right hand side is coated with a high-grip ridged surface to keep the Gladius III under your control during even the most frenetic gaming sessions. 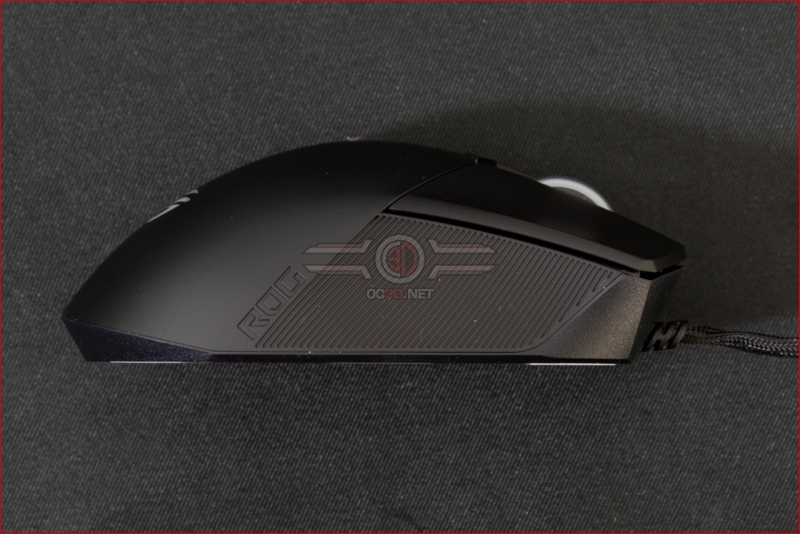