We've been around the hardware world for quite a long time now. When we first were using computers, back when most of you were a glint in the milkman's eye, the only keyboards you could get on PCs were big old IBM ones which are now worth a fortune. The first alternative home keyboards largely moved away from that mechanical idea and instead we were awash with membrane keyboards or even scissor switch style.

The first time mechanical keyboards made a real comeback it was with the legendary Das Keyboard, which was designed specifically for the hardcore and sold like hot cakes. Any time something shifts the market there will be a shift by the big companies towards that, usually beginning in a more mass-market approach. That was the case on PC too, with Steelseries and Corsair pushing mechanical keyboards for the masses with, if you were lucky, a single colour LED. As we all know the circle of hardware life meant some models were introduced which catered to the more discerning (read rich) user and now getting a keyboard with anything other than mechanical switches and RGB lighting is a major task unless you plan on spending under £30.

What if mechanical switches feel like what you like but have a certain indefinable something that has stopped you making the jump? Maybe they are a little loud if you type a lot in a main family room. Maybe the springy nature of their bounce back isn't to your taste? Maybe you need the Cooler Master CK351. It is a keyboard that has the longevity and typing feel of the most famous mechanical switches, but thanks to an optical mechanism at the bottom they are much more responsive, require a lighter press with shorter travel, and are quieter in use. Let's take a look. 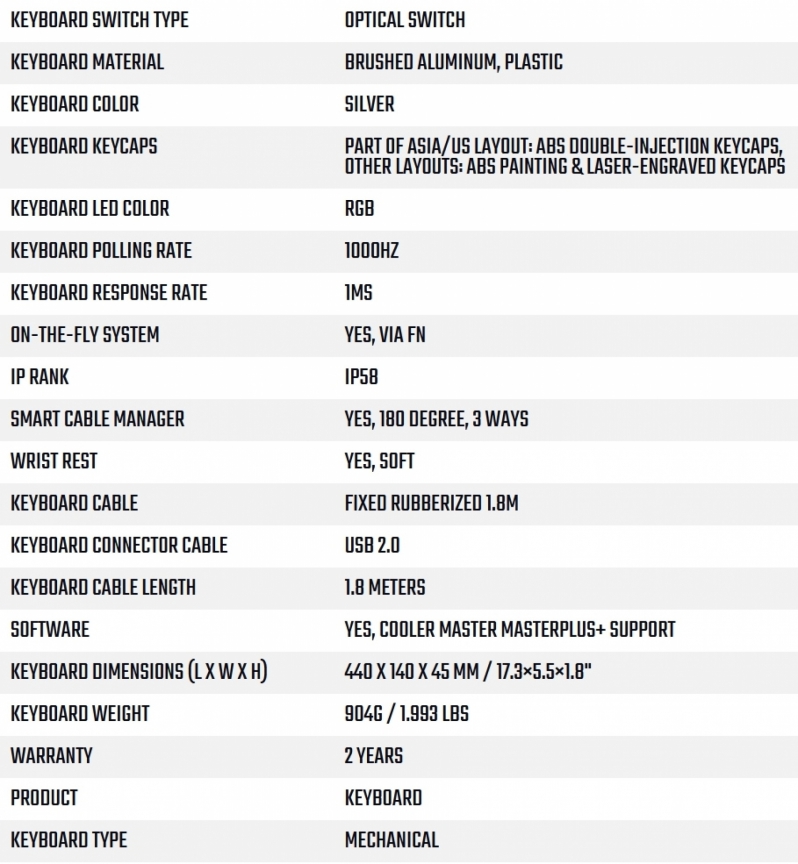