It's easy to consider keyboards a fairly dispensable item, or rather one that isn't all that exciting. They're all the same after all, some keys and you press that key and it appears on the screen. So far, so ho hum. But of course that isn't the whole story. There are so many things to consider when it comes to keyboards. Probably the most important one for fast typists and gamers alike is the rollover number. That is, how many keys you can press at once and still have them accurately read.

A good way to test your current keyboard is to hold down both shift keys and type the alphabet. Unless you have a NKEY rollover keyboard you'll be surprised how few keys appear. In typing that might not be a massive problem, but if you're gaming and you've got a diagonal movement going on whilst crouching and trying to throw a grenade, you might be dead instead of victorious.

The second element is connectivity. Your phone, your console, heck maybe even your television are capable of supporting Bluetooth keyboards, and if you've ever tried to type on the popup software keyboard, having a real one on hand can be a massive time saver. The latest keyboard from Cooler Master, the CK721, ticks a huge number of boxes. It has full RGB lighting, but lighting that can be controlled without software if you did want it for console/TV/Phone reasons. It supports wireless, wired and Bluetooth connectivity. It's in a compact 60% form factor, and it has mechanical switches for that gorgeous under-finger-feel. With the right connection it even has NKEY rollover.

Is it all things to all people? Let's find out. 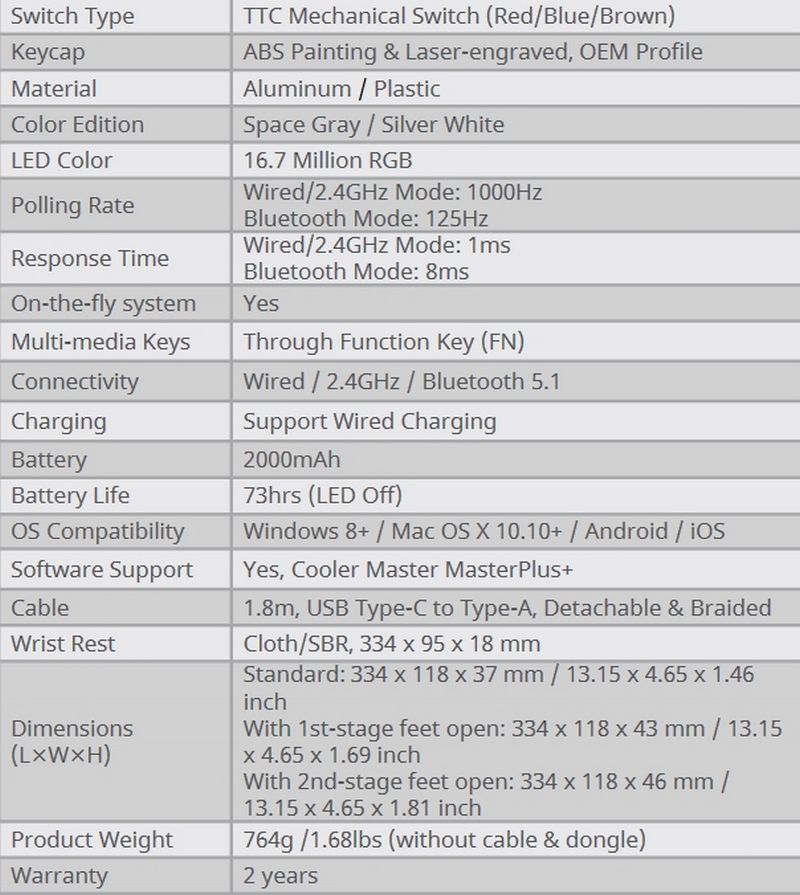 wsjudd
Lovely review, and the keyboard looks great! I'm a bit confused by the yellow plastic wrap on the keyboard in the photos though - surely that's not how it's meant to look as it doesn't appear in any of the press shots?Quote
Reply