We love the box for the Masterkeys Pro L. It's barely bigger than the keyboard itself and yet the font choice and grey background really makes it stand out from the crowd. With the increased LED diameter being the major selling point it is no surprise that the obverse is dedicated to an exploded view of the tweaks CM Storm have made. 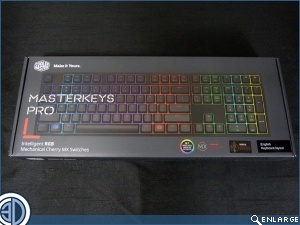 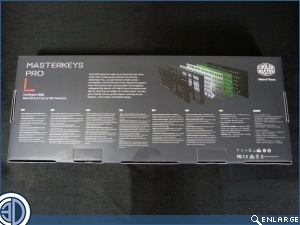 We said that there was barely any fat on the Masterkeys Pro L and here is a clear indication of that. There is zero overhang. It's exactly as big as it needs to be and not a millimetre more. We like that. The cable is detachable and very robustly braided. You can feel that it is designed for longevity in mind. 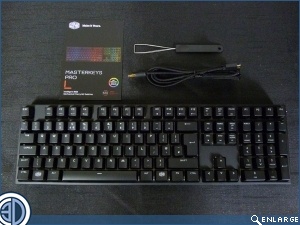 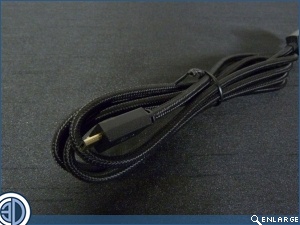 With no USB pass-through ports, audio jacks or other additional features the underside is very simple, with just a port for the cable to connect and the feet to keep it in place. The feet are a little higher than some models we've tested, useful for eliminating fatigue during long typing sessions. 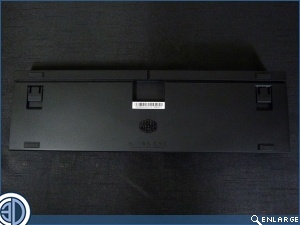 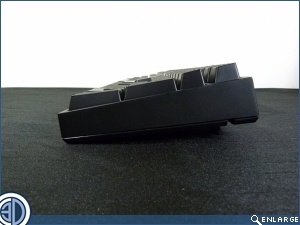 Everything is controlled on the keyboard itself, with the FN key performing a multitude of tasks from adjusting the lighting to recording macros. In fact there are so many lighting modes it's almost difficult to keep up. You can have everything from an all-black layout, just the keys necessary for that game, everything in different colours, or if you want to show off a little bit there are reactive modes, rainfall modes, system based colours (CPU load etc) and even a game of snake. The days of "white if you're lucky" are far behind us. 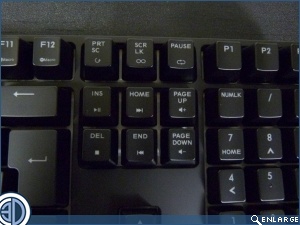 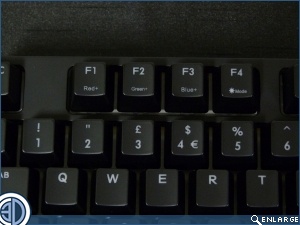 The Cherry MX switches have transparent surrounds to let as much light through as possible and the keyboard backplate is reflective to further enhance the improved lighting from the larger LEDs. It is even free from lock indicators as you can see, with the Scroll Lock and Caps Lock keys unlit to indicate they're off, whilst the Num Lock is lit up to indicate it's on. A nice change from a bright LED somewhere in a corner. 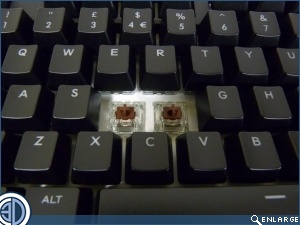 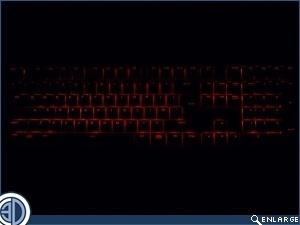 WYP
Much want. It even has brown keys!Quote

Arulmani
Fantastic keyboard !! I want one

NickOmega
Maybe I should have waited. I did the unthinkable and bought a Razer Blackwidow chroma last week