The 700K comes in a very sturdy package with just a clear picture of the keyboard itself and the relevant logos providing a treat for the eyes amongst such a large swathe of space. Opening it up and you get a feel for both the quality of the packing and the size of the box. The keyboard is very snug in its foam container. 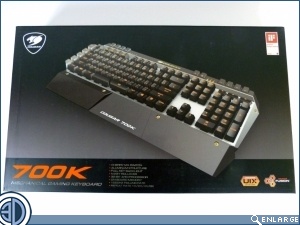 Often with keyboards you have an enormous design with the keys all contained within the oblong it creates. The 700K goes against the grain with an extremely trim design having zero fat. If there is something then it's there for a reason, with only the space below the space bar seemingly empty, except of course it's for the wrist rest.

Round the back we have the USB throughport alongside the audio jacks. Useful if you want to free yourself from the tyranny of the back of your system. 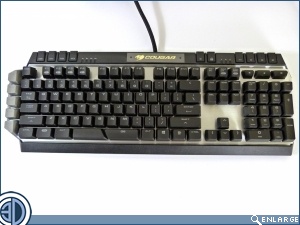 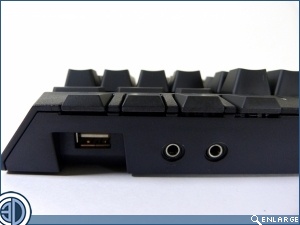 On the far left are five dedicated macro keys. This positioning is becoming more common of late and it's nice to have macro keys within easy reach. There is another dedicated key which forms part of the split spacebar. It's Cougar's version of the Roccat Thumbster keys, and others. Whether you can make use of this depends largely upon your typing style.

Above the F keys are 'on the fly' macro recording options for when inspiration strikes mid-game. These are also usable to adjust the key repeat speed. The Cougar allows for up to 8x speed on the key repeats, which is handy if you're playing "Track and Field" or wanting to spam something ingame like you've never spammed before. 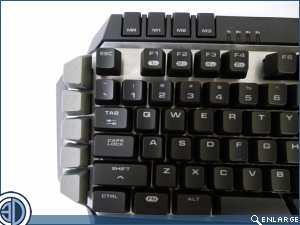 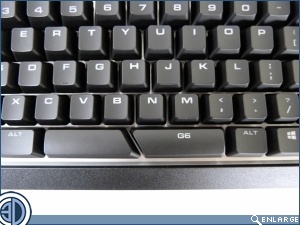 Continuing on we find dedicated media keys, switchable NKEY rollover and the lighting button, which we'll discuss on the next page. As is so often the case with mechanical keyboards the keys themselves are provided by Cherry MX switches which ensures the very best typing feel as well as the ability to switch out your keycaps for one of the hundreds of custom versions, if the mood takes you. 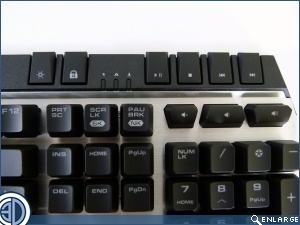 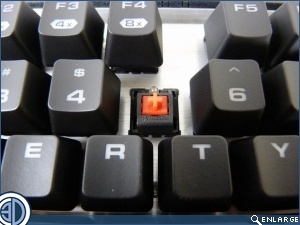