Both the Kone AIMO and Kanga mousepad come in packaging that will be very familiar to anyone who has followed the Roccat progress through the years. Rather than go with a colour scheme that is obviously recognisable - although their ice blue colouring certainly is - Roccat have made themselves stand out with the actual shape of the box. Additionally their products always have a very clear design which feels and fresh and modern as it did when they first released it a decade ago. 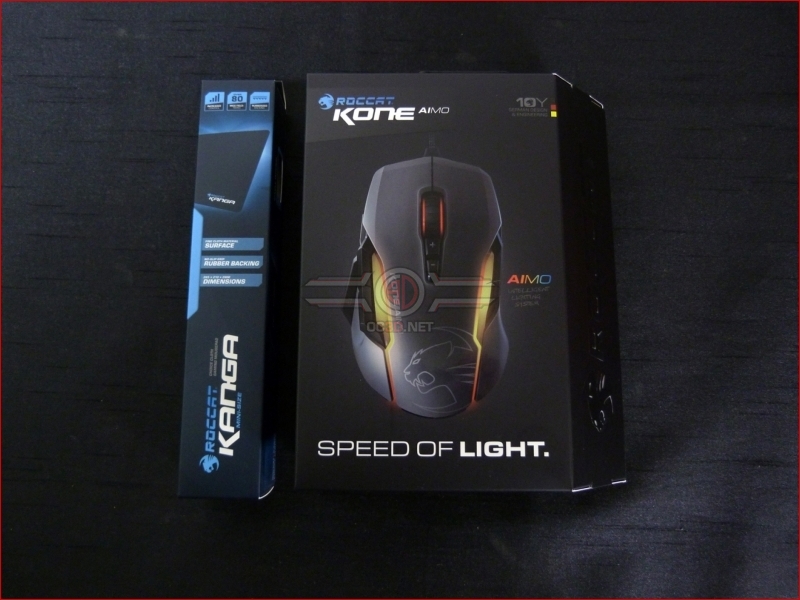 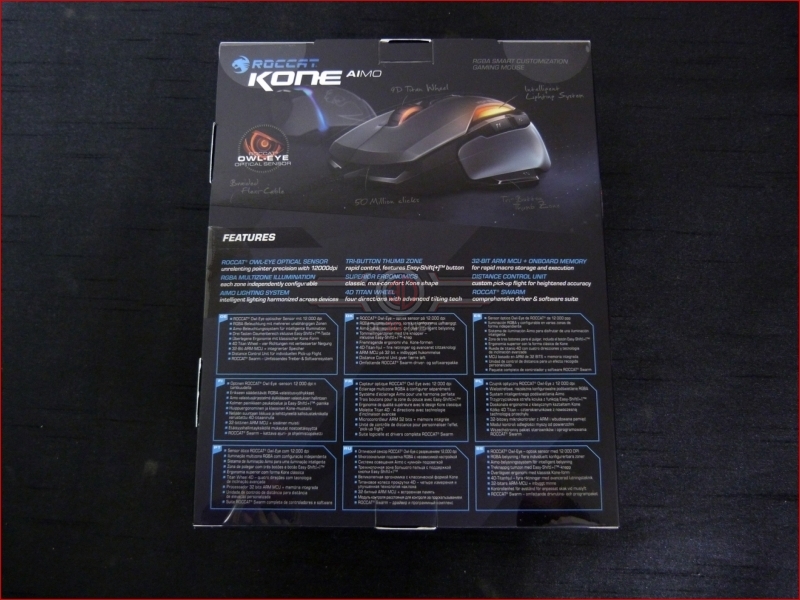 Whilst the first Kone looked like it was hewn from a single piece, the AIMO follows the modern theme of creases and angles, whilst still being incredibly comfortable in the hand. As you can see from the side images the palm "bump" is much less pronounced than some we've seen, but without causing fatigue during long sessions. The scroll wheel is heavily textured, whilst the DPI adjustment buttons are easy to hit in the midst of battle. Like all buttons on the Kone AIMO these can be programmed to do anything you like, but by default they switch the sensitivity. 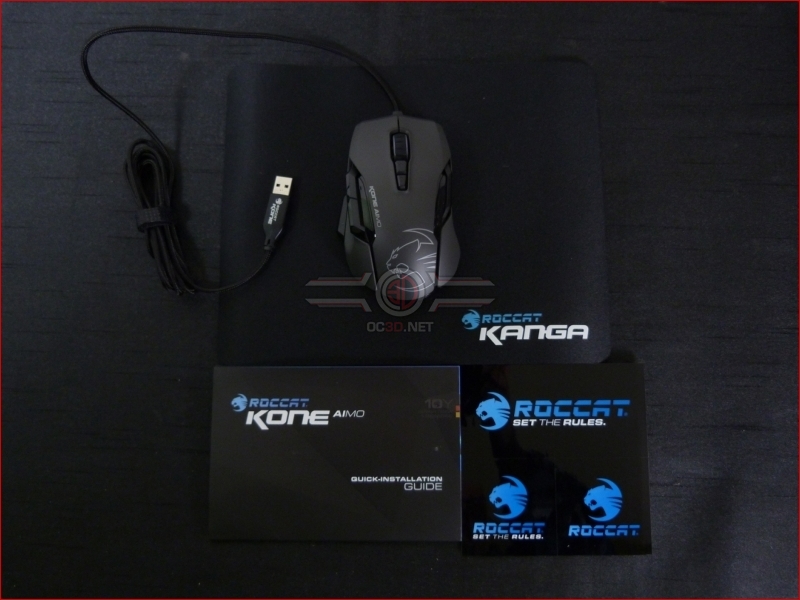 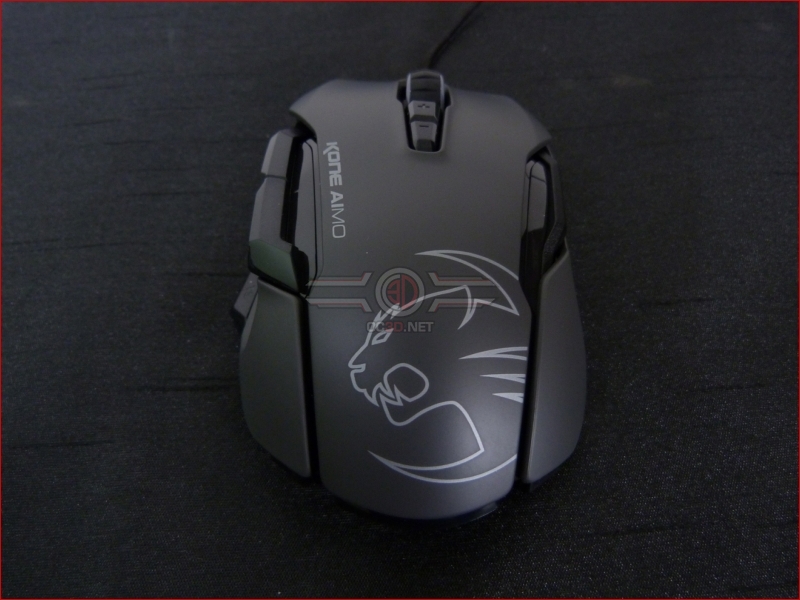 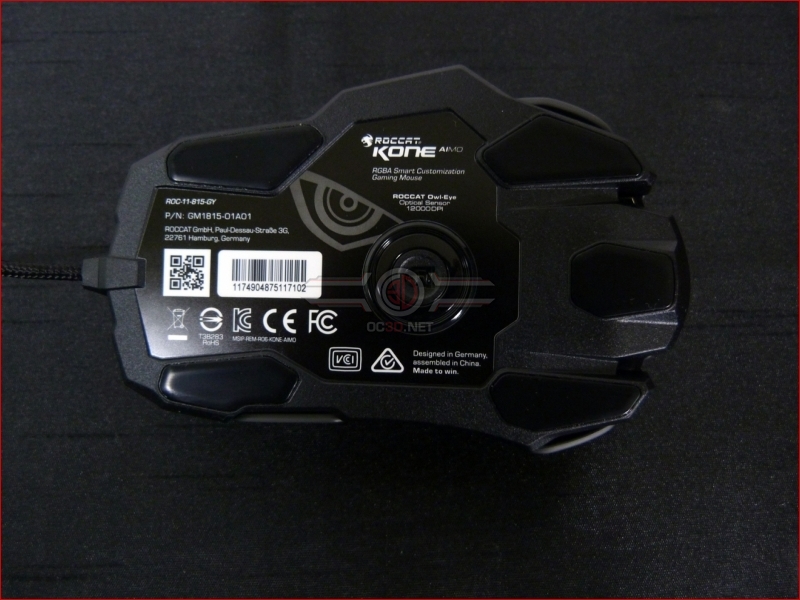 As a slightly right handed design the majority of the fun is to be had on the left hand side of the Kone AIMO. Two large side buttons are easily found with your thumb in the heat of battle, whilst the Roccat EasyShift[+] button that allows you to multiply your assignments is on the lower edge where we more regularly find sniper buttons. The combination of this clever side placement and the comfortable topside button location makes for a very ergonomic product. 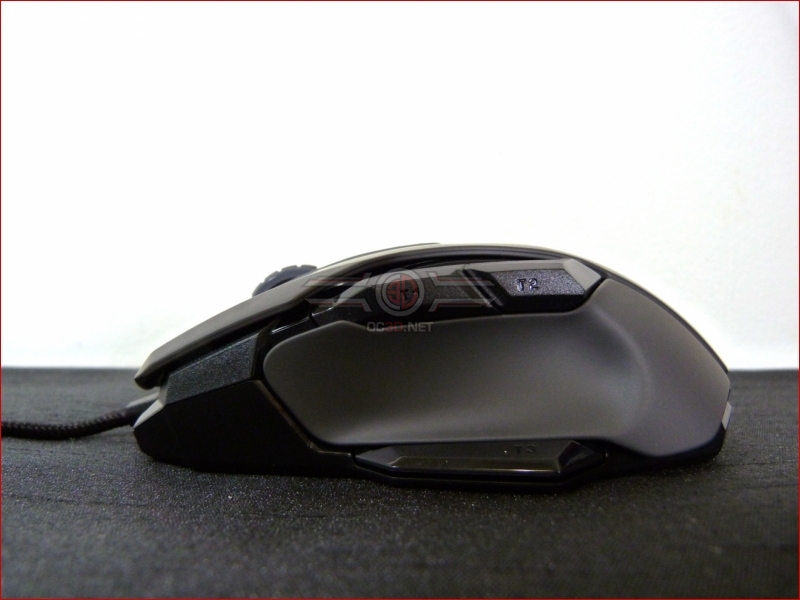 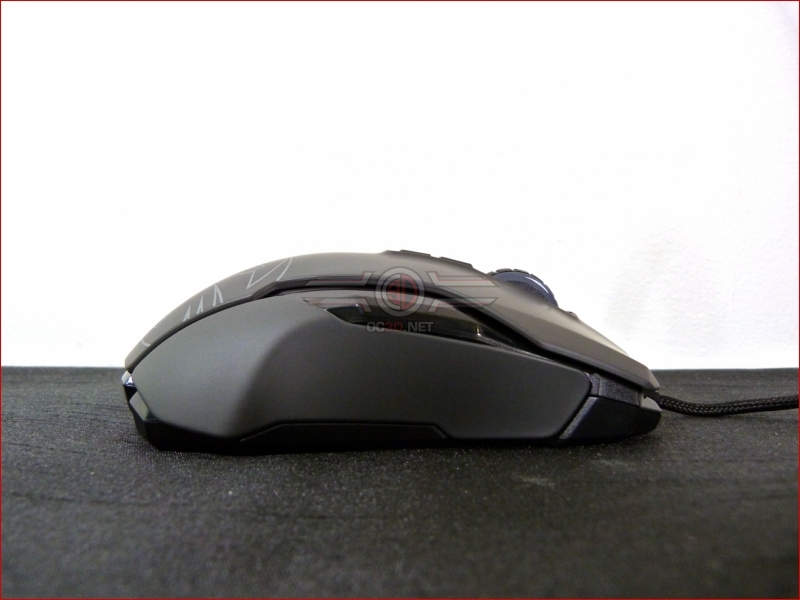 AlienALX
Always liked these. Nice review, Bryan. Nice to see they are still making them too

Wraith
I got mine a month ago and it's just amazing!Quote

ByteMyAscii
Had the Kone or Kone+ previous to my current mouse, and the rubber coating rubbed off.
Can't fault their mice outside of that though, but I do find also that RGB isn't anything special any more.
Don't try to ruin a good product with "bling".
Leave it at what actually sets your product apart, instead of trying to be a "me too".Quote
Reply