If you are remotely involved in the world of gaming and hardware, and by this point who isn't, then you'll be aware of a thing called power creep. In games this means that each patch gradually buffs new cards, units etc until you have to only use the stuff that has been included in recent DLC to stand a chance of survival. In the hardware world this is formed of ever more complex hardware which is heavier and more expensive than that which has come before. Be it cars where even a city car is significantly larger than most old saloons, or with your phones, which are now eye-poppingly pricey, are enormous.

Peripherals have this issue too to some degree. With the desire for RGB lighting and custom buttons and all the bells and whistles, the majority of keyboards and mice are much larger and heavier than the ones that came before.

The Roccat Kone Pure Ultra seeks to redress this imbalance by keeping the important bits that we can't live without - simple RGB lighting, side buttons, some customisable buttons - but wraps it up in a mouse that barely makes our scales move, weighing in at a scarcely believable 66 grams for the black model, and only 66.5g for the white model. White paint being slightly heavier than black plastic.

In addition to the Roccat Kone Pure, we also have been sent Roccat's latest cloth surface, the Sense, which has RGB lighting around the edge, and we're going to test them together to see how they perform. First, let's see them in the flesh. 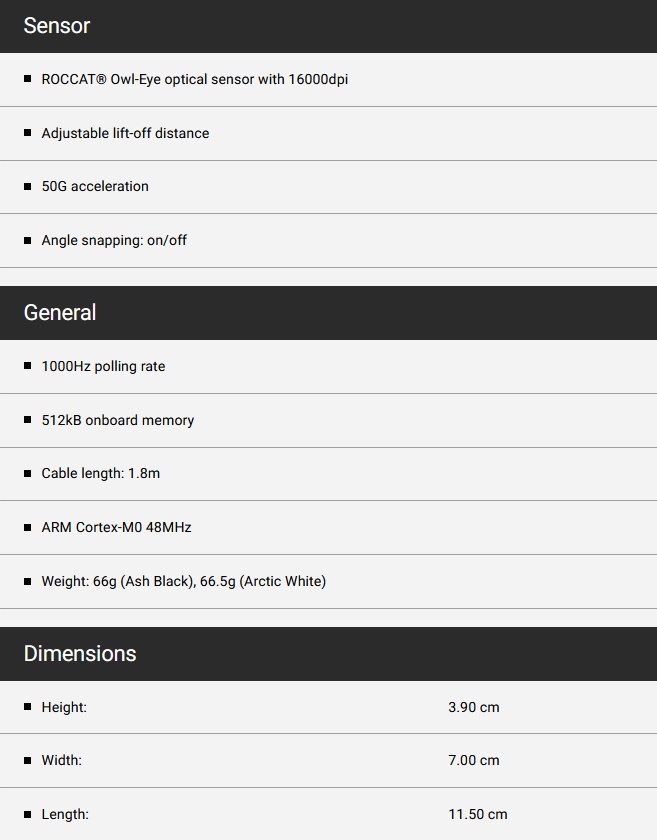 KingNosser
I've had the pure and the owl eye version these are really nice mice to the point anything else just isnt the same for me, but like anything they are not for everyone depends on many things.Quote

Glad they've gone back to and stuck with optical, I was thinking about picking a new one upQuote

AlienALX
I don't like cloth mats. Thankfully mine is reversible, maybe Roccat should look into that.