The world of peripherals has a lot of models which have passed into the history books as models which redefined what was possible. Whether it's with a new feature set, a particularly good design, or merely a combination of elements which worked in perfect harmony there are some which stay with us long after others have faded. The Das Keyboard, Roccat Kave, Corsair K95 and Razer Boomslang all live long in the memory.

One of the mice that left such a firm impression we can recall how we felt when first testing it is the Steelseries Sensei. In the decade that has passed since its launch we still remember its soft curves, incredible lightness and superb sensor.

There have been a few versions of the Sensei since then. We've seen the Raw, a Rival 310 version which slightly changed the design and, although we never reviewed it, a wireless model. Today it's time for a new Sensei. This particular one is called the Sensei Ten, which has a nice double meaning. It's been ten years since the design first appeared, but Ten is also the Japanese for Heaven. The gaming mouse market has moved on significantly since the first Sensei which we loved enough to give our Mouse of the Year to, so we're curious to see if this Sensei Ten still can stack up in a very crowded marketplace. The original sensor had 5700 DPI, a figure which blew our minds at the time but would now beat at the heart of a rodent in the middle of the gaming mouse sector.

Steelseries obviously haven't just sat twiddling their thumbs in the interim and have packed the Sensei Ten with the latest hardware. Thus, like an initiate in a frat house, it's time to see how far we've come.

Externally the Sensei looks identical to the original, albeit in black, but under the hood we find it equipped with the most serious sensor in the Steelseries arsenal, the TrueMove Pro. With 18000 CPI, 450 inches per second at 50G and a 1ms polling rate it certainly boasts some high end numbers. The lack of any acceleration also ensures you get a 1 to 1 tracking precision. Let's take a closer look before we tell you if the Sensei Ten stands up to the legendary status of its forebear. 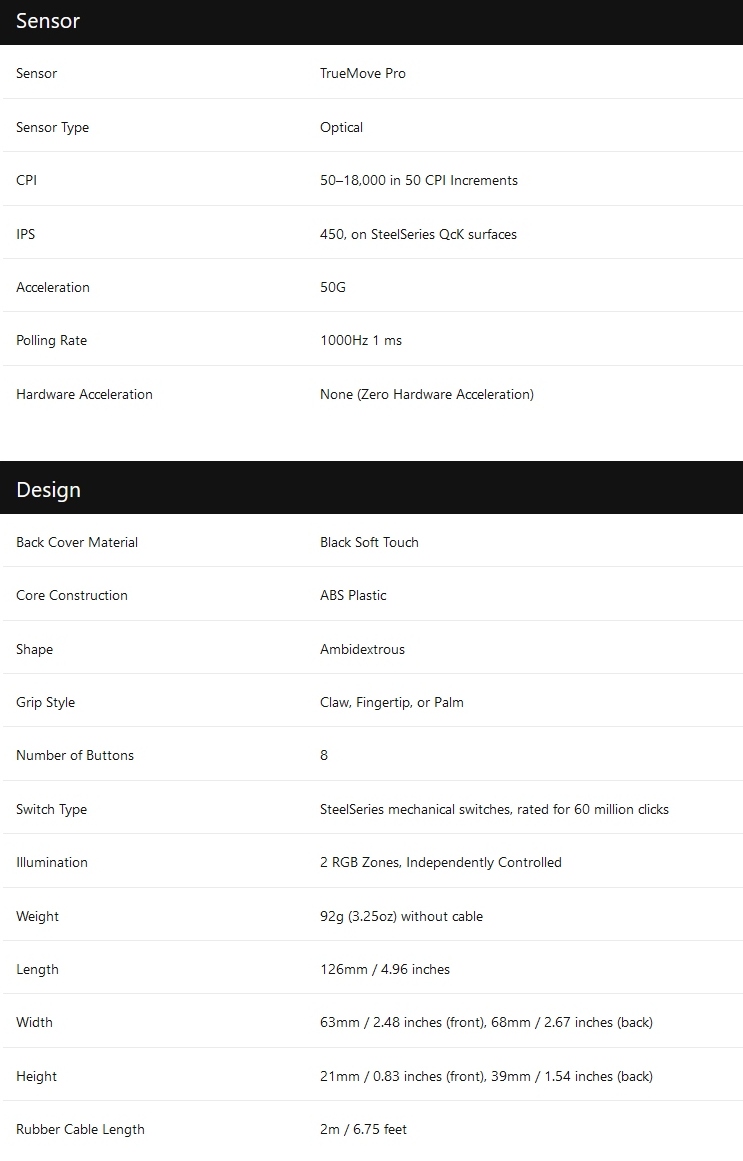