Thermaltake are one of those companies that have been around for seemingly ever. Back when PCs were famous for being beige boxes that ran Windows 95, amongst the first of the major players to shake the formula up and bring black cases with - gasp - LED lighting was Thermaltake. Since then they've had products that cover the full range of hardware and anyone who has been part of the PC world for more than a moment will have had something from Thermaltake in their armoury, even if it's just their excellent CPU Coolers.

The latest additions to the Thermaltake range come in the form of their Argent peripherals, with a K5 keyboard we'll review separately, and two mice, the Argent M5 and Argent M5 wireless which we're reviewing today. Thermaltake have also sent us their Argent MB1 mouse bungee. If you've not experienced a mouse bungee before then it is transformative on wired mice, giving you all the benefits of a permanent connection, and all the freedom of a wireless.

Let's cast our eyes over the specifications and then get down to business.

The wired and wireless versions of the Thermaltake Argent M5 are both near identical, with the only differences being the connection method, and the wired model has more RGB available. However, under the hood they both sport the excellent Omron switches as well as the famous PixArt sensors. The wireless model is equipped with the 16000 DPI 40G PMW-3335, whilst the wired model has the 16000 DPI 50G PMW-3389. There are enough similarities that we're testing them together. 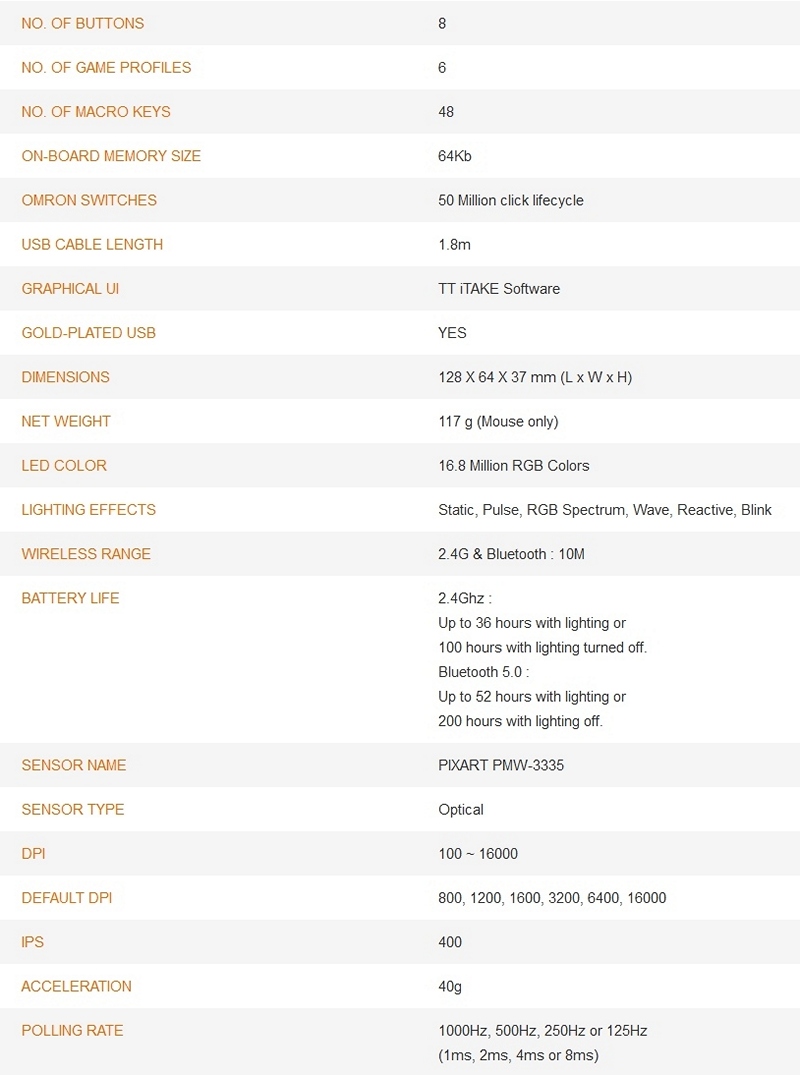 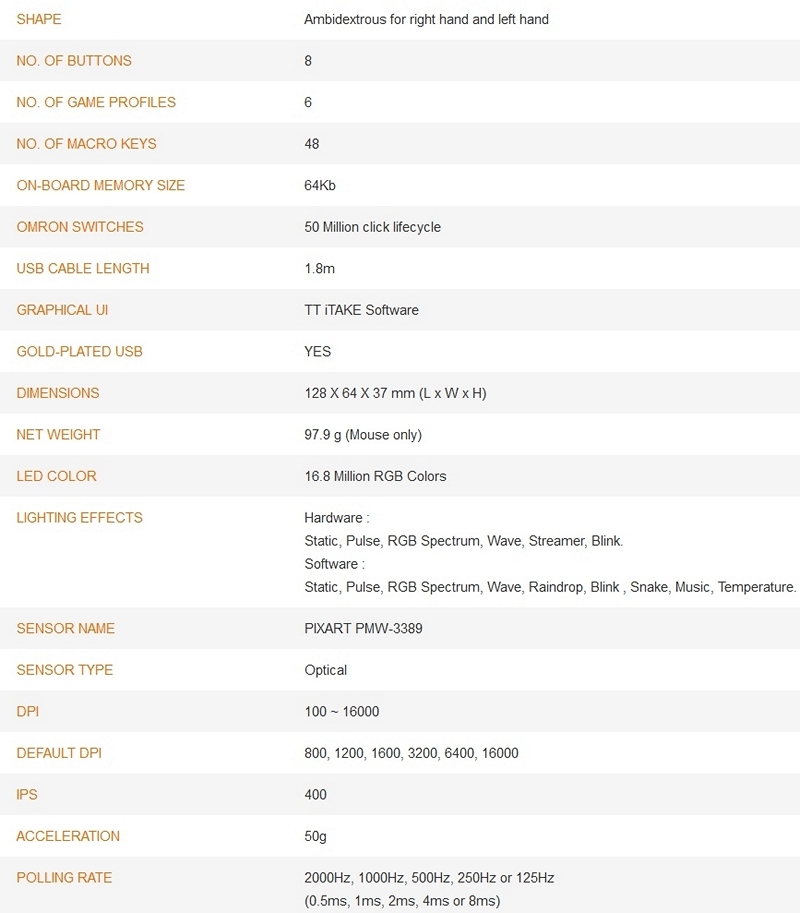 Let's see them in the flesh.