Apart from our review sample of the wireless M5 coming with a creased cover, the Thermaltake Argent range grab the eye. Initially we were worried that the Wireless model was missing the box art RGB glow of the regular Argent M5, but it turns out that the wireless model hasn't got the undermouse lighting. 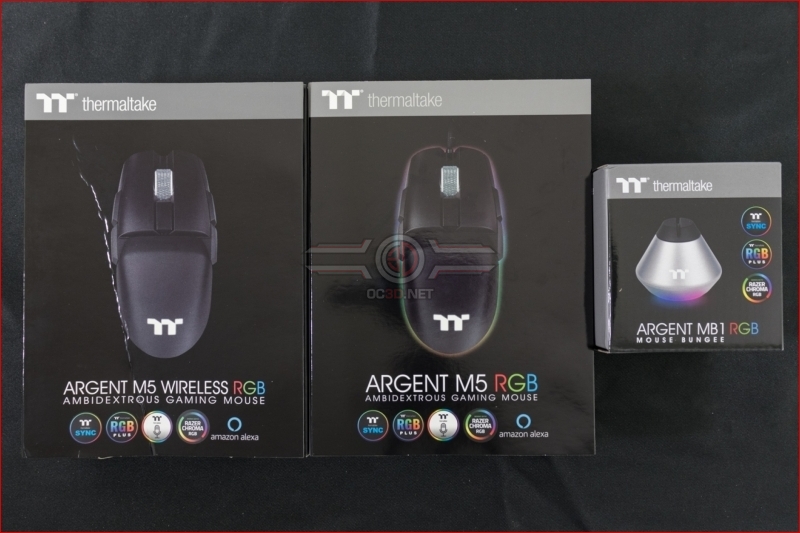 The MB1 Bungee is very nicely designed and weighty. Certainly if you fear that there is a chance it will wobble due to the design resembling a rounded pentagon then the weight instantly dismisses these. The slot that holds the mouse cable is deep and tight, so you shouldn't experience the cable popping out as you might with other bungees. 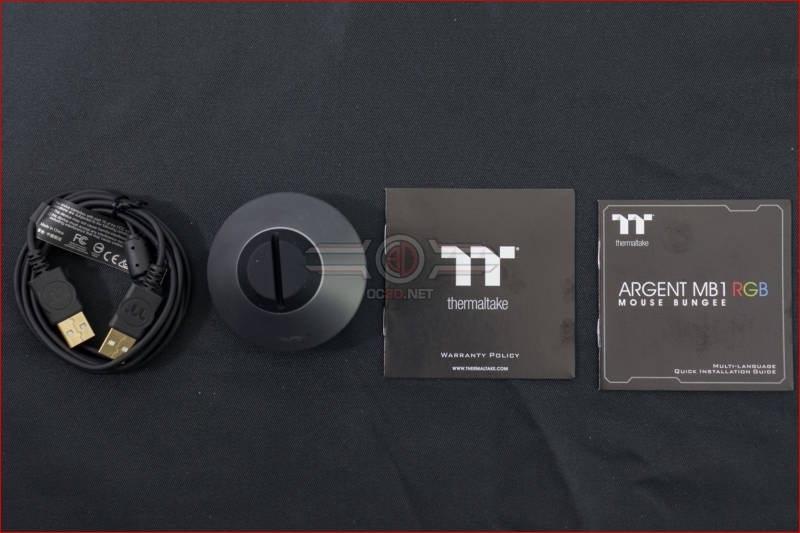 As well as the socket that takes the USB power cord you can see the large non-slip foot and RGB surrounding ring that makes up the bottom of the MB1. 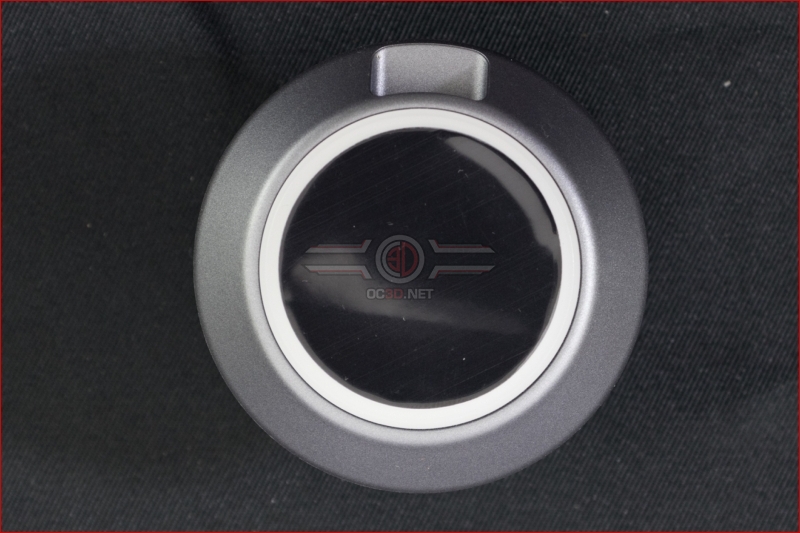 The Argent M5 mice themselves are nearly indentical in design, and certainly from the top side it's impossible to tell them apart. Both are supplied with a USB cable that either connects or charges the mice depending upon model, whilst the wireless M5 utilises the standard dongle connection option. 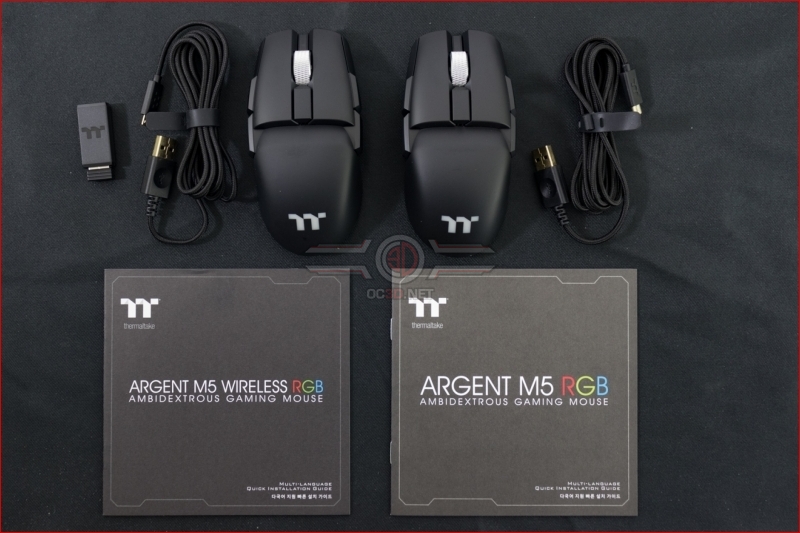 It's nice to see that Thermaltake have designed the Argent M5 to be fully ambidextrous. With 10% of the population being left-handed it's surprising how few genuine ambidextrous designs we see. 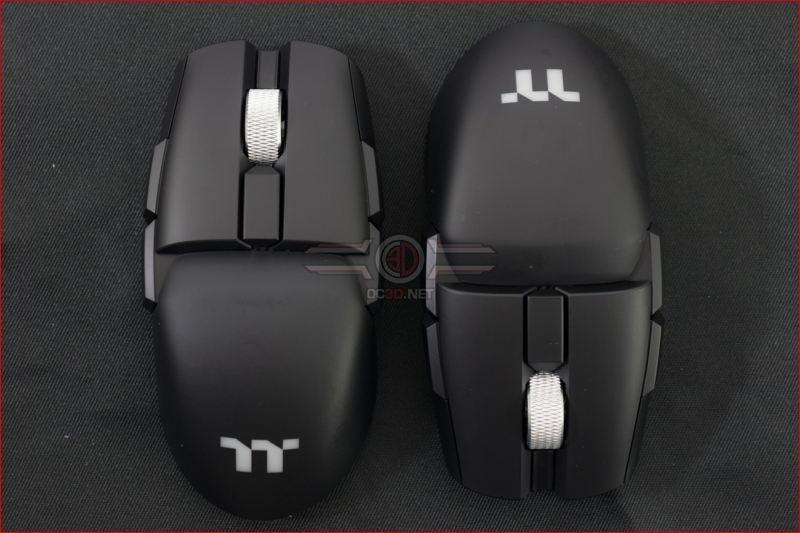 Only when you turn the pair of Argent M5 mice upside down do the differences become clear. Naturally the wireless model has a slider to allow you to choose between dongle or Bluetooth connectivity as well as pair it if necessary. The wired version on the other hand has a underbody lighting that is entirely absent - for no obvious reason - from the wireless version. 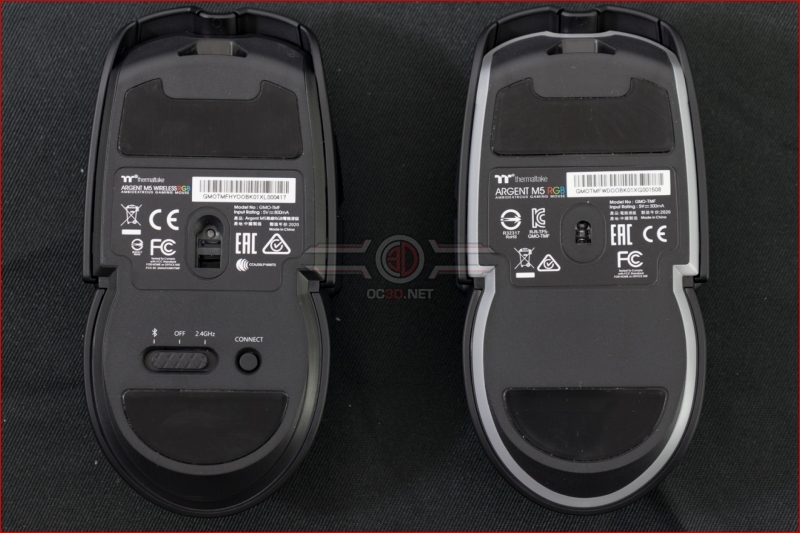 Often we see side buttons that are designed for sleekness, there to make it look attractive but not necessarily being easy to hit in the midst of a firefight. The M5 go the other route with two very chunky buttons on both sides. Not only useful for their immediacy, but if you've got issues with your motor skills. 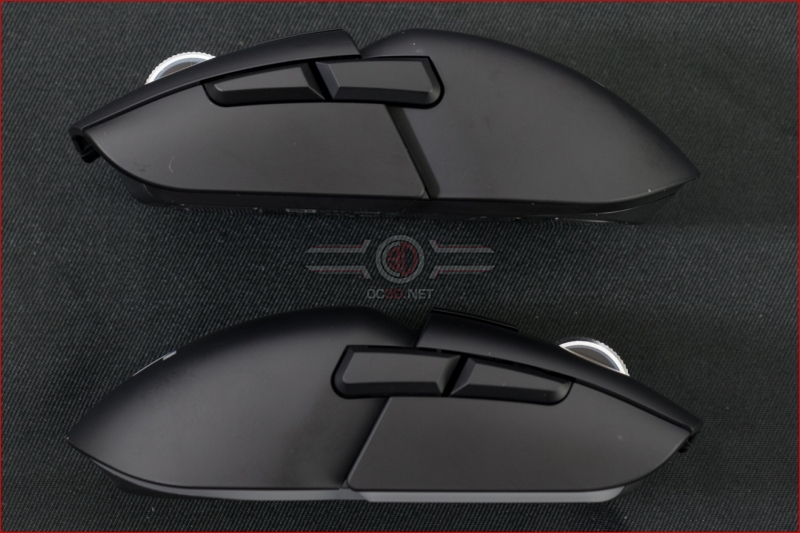 Although a little more difficult to see on the left hand of the pair, both mice are also identical at the front. With the wired model having a removeable cable, and the wireless using the same design for charging. You can also run the wireless model wired if you so choose. 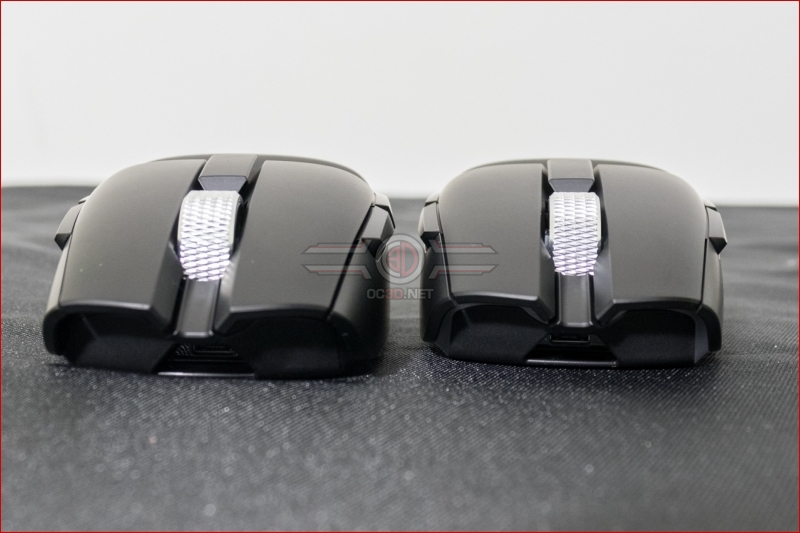