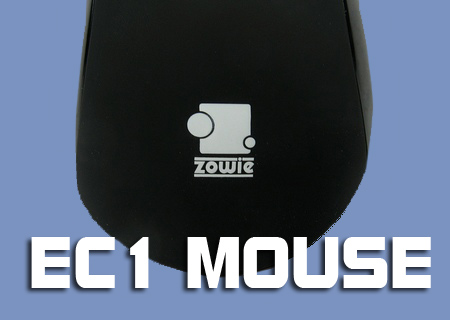 Unlike many of the mice we test this really is a no-frills affair.

We haven't got any software to configure, no light patterns to play with, or macros, or... well much of anything really. This is very much a hardcore plug and play mouse.

Starting with the good, it has a superb balance to it. There is a slightly rearward bias to the weight distribution that really helps keep it planted and under control. When you consider that the arse end of a mouse you either move with the ball of your thumb, or if you're a fingertip user you don't move intentionally at all, then to have it more planted makes perfect sense. It leaves your fingers themselves able to make far more accurate adjustments of the lighter button end.

That isn't to say it's hugely noticable. At most it feels like about a gramme difference, but it's just enough.

The coating on the main body of the mouse is glorious and will be instantly familiar to anyone who has used a Razer mouse. It's almost identical to that found on the Imperator and that's a good thing. It does however make the mouse a little bit Jeckel and Hyde.

Zowie say that the white model, which has the gloss coating all over, is better for reducing sweaty palms, whereas the black model has the rubber coating to increase the grip when in use. They can't both be good things? Either it's better to have a gloss surface, in which case provide the black model with it too, or it's better to have a rubber surface, in which case why doesn't it extend to the sides? Especially on the right side as this is a right handed mouse and so your ring and little fingers tend to just make those tiny adjustments. It's curious to say the least.

The sensor is very good. It gives strong results in of the games we tried the mouse with. At 2000dpi FPS games were as responsive as we like and the buttons have a very crisp response to them. Dialing things down to 1000dpi for RTS and other games still saw high accuracy whilst reducing the twitchiness which is the essence of FPS games.

However this does end up with our penultimate beard-stroking moment. Who on earth would ever use the 500dpi mode? Unless you've brought a decommissioned aircraft carrier to use as a mousemat it's just hopelessly insensitive. And with the mouse so devoid of other buttons to fill the acreage, why is the dpi switch underneath? It makes it all-but-impossible to make on the fly dpi changes although with the gap between the settings as large as it is you probably wouldn't want to.

So all in all it's a very capable mouse. It lacks any real flash or flair, but if you just want something that works without needing to set it up for ages beforehand, it's the ticket.

Well, it would be. If you're one of those people who doesn't look at the price then, knowing what you know about this, take a guess then have a look. I know we were amazed too.

Mice roughly should be 20-30 pounds for a basic gaming one, £40 for a good one, and more than that if it's got some serious bells and whistles. Pushing up against the £50 mark makes the Zowie EC1 more expensive than the CM Storm Sentinel, Roccat Kova, Razer Deathadder and a host of other mice with better sensors and more features. If this was £25 it's a good buy, £30 it's still fine. For £35 you could just about make an argument if you really like the look or the pared-down nature. Once you get past £40 there are just too many, much better, mice to even consider the Zowie.

Thanks to Zowie for providing the EC1 for todays review. Discuss in our forums.

Well, I have to agree with Bryan. £50 for a mouse that offers nothing much is way too much money. If I hadn't had a look at it flipped over and the blatant MADE IN CHINA stuck underneath I wouldn't have thought about it as much, but it's obviously put together pretty cheaply and thus is woefully over priced.

Personally I don't like the velvet rubber coating. That's why both of my Razers are now back in the box..

On the DPI thing.. I don't really know the complete ins and outs but does 500 DPI just make it slower? or, does it also make it less accurate? (edit, by way of name dots per inch would indeeed indicate so, so 500 dpi may well be very useful for art programs)

The reason I ask is because in Photoshop for example when tracing edges and drawing lines 1000 DPI is so jittery it makes it near on impossible. It's like trying to hold onto a schizophrenic inpatient on caffiene and adrenaline.

I've always used my mice on the lowest possible DPI setting when editing or drawing with Photoshop. It's too easy to slip otherwise.Quote

VonBlade
I agree that in Photoshop the need for a slower responding mouse is vital. However considering that a basic pen and tablet arrangement can be had for about £50 if you really need that amount of precision and use it regularly enough, then I believe you'd purchase a tablet.

It's not poorly built at all. It's just.. featureless.Quote

Zeals
Well DPI is basically how many pixels the cursor will travel for every inch you move your mouse. That's assuming you have default sensitivity settings.

When you use a mouse with low DPI that means when your attempting to draw a straight line in Photoshop, your lines will be straighter since the mouse won't pick up slight tremors that you might have. This is oppose to having high dpi and low sensitivity where the mouse will pick up even the slightest movements.

So in a nutshell. High DPI means higher accuracy of what your hand is actually doing. Low DPI means lower accuracy since the computer plugs in the gaps between movements, so drawing straight lines are easier.

On the issue of this being a gaming mouse. The 1,000Hz refresh rate is good, the DPI is a bit lacking, but a lot of people, such as my friends use ~1,600 DPI when gaming because anything higher is too hard to control, even if they turn the computer sensitivities down a bit. I personally use a 5,000 DPI mouse and computer sensitivity are maxed out and i don't have issues, but realistically 2,000 is probably enough for your average gamer.Quote

alienware
Quote:
Oh absolutely mate. Making it even more pointless (pardon the pun, pointers etc) than it already is. There are far better mice out there for that use, so it just affirms your views on it. Maybe had they left that function out they could have spent the extra pennies on making it into a proper gaming mouse.

The problem is the competition. Alienware's TACTX mouse for example is a rebranded slightly smaller Logitech. It has about 9 buttons and is completely programmable AND has a RGB lighting system.... For £45.

I know people are mostly 'no frills' but when you have no frills you don't really want to pay for them. TBH that mouse looks like a Razer Salmosa, has the same covering as a Razer Salmosa and about the same level of functions yet the Salmosa costs around £16.


Quote:
Absolutely. And for £50 you can get a mouse that looks like the Blackpool illuminations with about ten buttons and all sorts of fancy stuff..

SiN
Absolute waste of cash, it is lacking in features that people pay for in that price range.

I just see no reason when you can get some great mice for ~£32, because a lot of people will agree that the Deathadder or the G500 is the most anyone will ever need. That is true, seeing as most people don't have monitors at anything more than 1080p.

To be honest, I have been using a Microsoft Optical Wheel Mouse and actually prefer it over the Microsoft Sidewinder X5 and any OCZ mouse on the market. But, then again, OCZ makes horrible mice