We were not kidding when we said that ROG was branching out into new markets, expanding their ROG brand into the gaming smartphone space with their new ROG Phone, a game changer for the mobile market.

To power this device ASUS has partnered with Qualcomm to ship their ROG phone with heavily binned Snapdragon 845 processors that are capable of reaching speeds of 2.96GHz, delivering users more performance than any other Android smartphone on the market.

ASUS has also combined this device with a 6-inch 18:9 2160x1080 AMOLED display with a 90Hz refresh rate, a 1ms response time, 108.6% coverage of the DCI-P3 colour gamut and support for HDR. While this is a lower refresh rate than Razer's smartphone, ASUS claims to offer superior display quality.

The phone will also ship with 8GB of onboard LPDDR4X DRAM and with 128GB or 512GB of built-in storage, using USB-C charging on both the top and side of the device to make the phone easy to charge while gaming or on a standard phone charging stand. 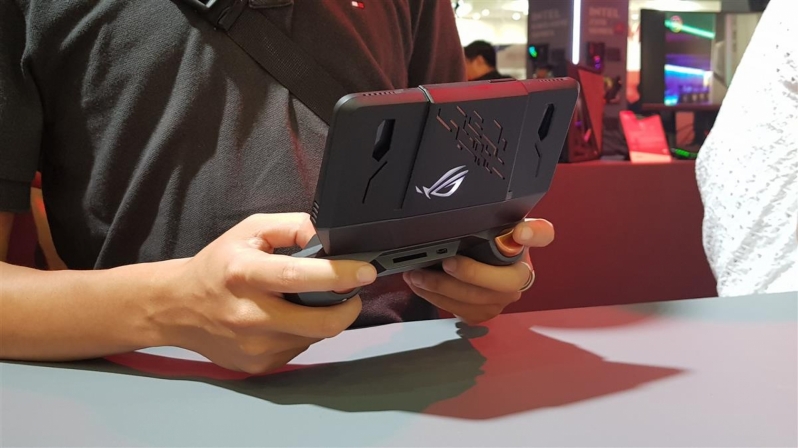 The most innovative features on the ROG Smartphone are the device's side mounted charging ports, integrated Air Triggers for additional gaming control and the device's unique accessories that will either enhance the device's gaming performance or offer users other unique functions.

First off there is a portable cooling device, which will allow the phone to maintain higher clock speeds for longer, granting users access to additional performance when playing games like PUBG Mobile.  ASUS is also offering an attachable dock that can allow phone users to play their games on a TV screen or monitor, or with a full gamepad through a detachable ROG gamepad add-on, which attaches to either side of the phone's screen.

Last but not least there is ASUS' dual screen handheld dock, which can be used to offer ROG Phone users an extra screen, which can be used with certain games to display useful information like an in-game map or to do a separate task like watching a YouTube video. This TwinView Dock adds an extra 6000mAh battery to the unit, which added to the phone's integrated 4000mAh battery offers users a total of 10,000mAh of power. 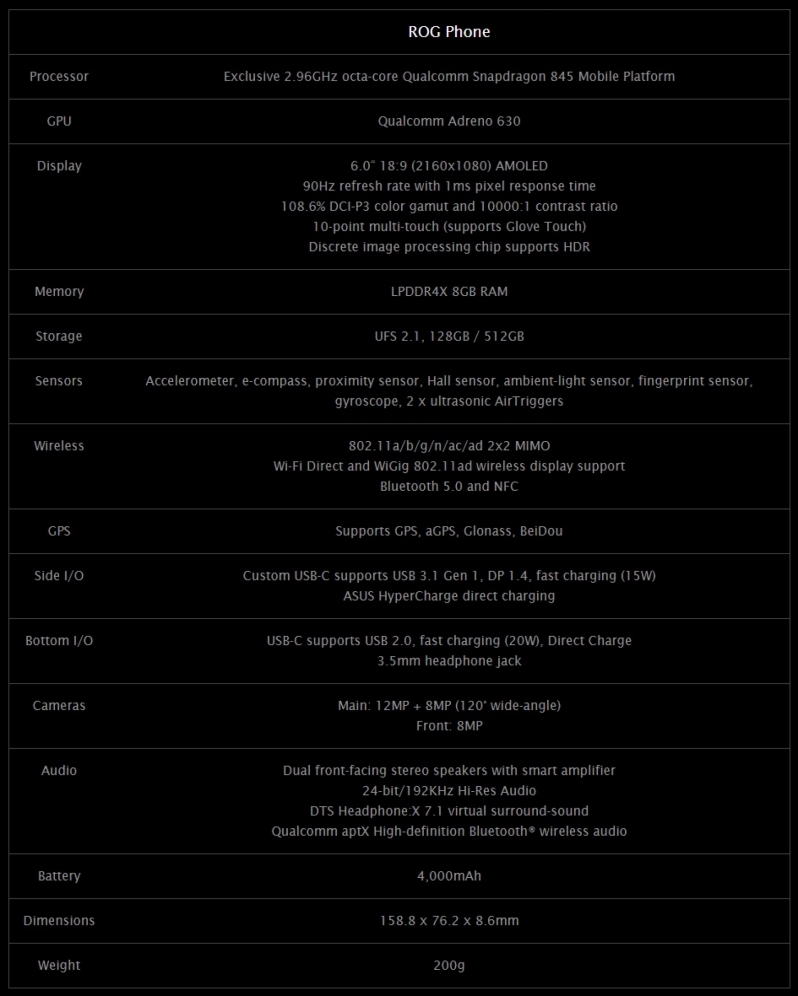 At this time ASUS has not revealed the pricing or release date for their ROG Gaming Phone, though it is expected to release sometime in 2018.

AlienALX
Gotta admit the phone looks det. And I don't even really like phones.Quote

g0ggles1994
Quote:
Aye, gotta see what the screen to bezel ratio and camera's are like. I would like to see a 256GB storage option though. I can't imagine what the price jump between 128GB and 512GB is going to be.

Jfc the thickness of the Ryujin block though! But I can't say I'm surprised with it housing a fan for the VRMsQuote

Phone... I really like the looks. I don't care much about addons, and connectivity. It is a phone. What is the point of caring a suitcase of addons? At home you have PC. Why do you need docking station? You won't carry it around. Joypad thingy, and that dual screen is good if you are traveling.

For AiO i really like the "classical" shape. Fan to cool VRM... pointless. And the looks... You know what ASUS... too much exists. Don't overdo it.

PSU is amazing. I would really like that this type of fancy PSUs at least make PSU covers removable.

Case i don't like at all. I don't like writing all over it. And here also ASUS you are overdoing it. It is a gaming rig. It will get really hot. Don't put a slab of glass in the front. Design vents that work.

Have a nice time Tom.

Peace Đ
Gotta admit, I initially didn't like the looks of the Ryuo, but now I think it's glorious! You also have to appreciate the resolution of the mini display. I thought it'd be more of a pixel mush

Also kinda liking the phone. My contract is running out early next year, so I might consider that if the pricing is somewhere near the affordable mark. Let's just hope they get their energy management right or I can already see problems arising concerning broken batteries, that broke because the user attached and detached the gamepad/powerbank too often...

I don't really care much about the PSUs as they're a big overkill for me. Hopefully ASUS is bringin some 500W soon with all that fancy stuff.Quote
Reply