We will admit now that these "awards" are nothing more than an imaginary title, as we have not produced any plaques, gold stars of other physical items for the companies highlighted in this article.

When it comes to our "People's Choice" award, our mind harkens back over a decade of YouTube comments and Forums posts, most of which all had something like this to say,"I would buy a Noctua Cooler if it were available in black." People have cried out for this change for so long it is hard to call it anything aside from "The People's Choice".

When Noctua revealed their new Chromax series NH-D15, NH-U12S and NH-L9i, our jaws dropped to the floor at how well Noctua's designs work with an all-black aesthetic, offering a stealthy aesthetic that sits in contrast with the broader PC industry's fixation with RGB lighting.

Noctua's new Chrome fans are not their usual all-black server grade PPC fans, which generate an insane amount of noise for ultra-high-end airflow generation, these fans are Noctua's silence-oriented consumer-grade models with a re-worked colour scheme.

On the heatsink side, Noctua says the painting their coolers will have an impact on their thermal performance, thought their estimate of 0.1 to 0.5 of a degree on CPU temps is more than low enough to be worth ignoring from a consumer's perspective. As usual, Noctua's engineers are upfront about the performance impact of their design changes.

Noctua has stated that these fans are early in development and are set to release in Q4 2018 or Q1 2019. Noctua Brown/Beige is here to stay for new products, but now the patient amongst us know that we have all-black versions to look forward to later down the line. We can't wait to see these coolers come through the doors of TTL towers. 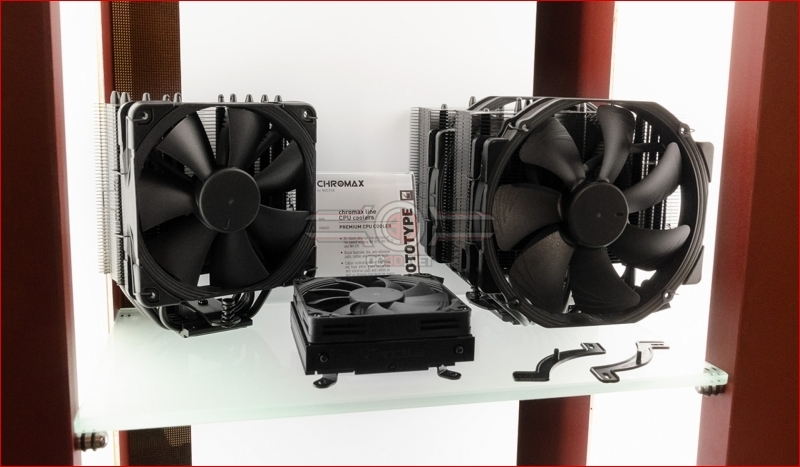