Traditional air and liquid cooling solutions have always been limited by the ambient temperatures of the environment surrounding a computer. In simple terms, you cannot make something any colder than the medium used to cool it.

To move around this restriction, Cooler Master has decided to create a unique AIO liquid cooler that can cool a processor to sub-ambient temperatures, allowing overclockers to push their systems further without the need of LN2 or Dry-ice cooling, neither of which are ideal for a long-term setup.

Cooler master's Thermoelectric AIO liquid cooler uses both a traditional radiator and a Peltier-based secondary radiator to cool the AIO's coolant to sub-ambient temperatures. To prevent this coolant from running too cold and creating dangerous condensation within a user's system, Cooler Master has developed a system that can ramp up the Peltier based on thermal loads, only allowing the Peltier to run when required, saving power while reducing the risk of water buildup around the user's CPU socket.

If Cooler Master can develop a viable consumer product out of this device, it has the potential to change the game in the high-end liquid cooling market, though the disadvantage is that the Peltier requires power to function, which could significantly increase a system's power draw.

While heavy overclockers have used Peltiers for quite some time, Cooler Master is the only major manufacturer that is trying to make this technology viable within the AIO liquid cooling market. This push into the unknown is why we believe that Cooler Master should have our Computex 2018 Innovation Award, as while this product may never make it to market, Cooler Master has shown a clear desire to shake up the industry with new and unique product designs. 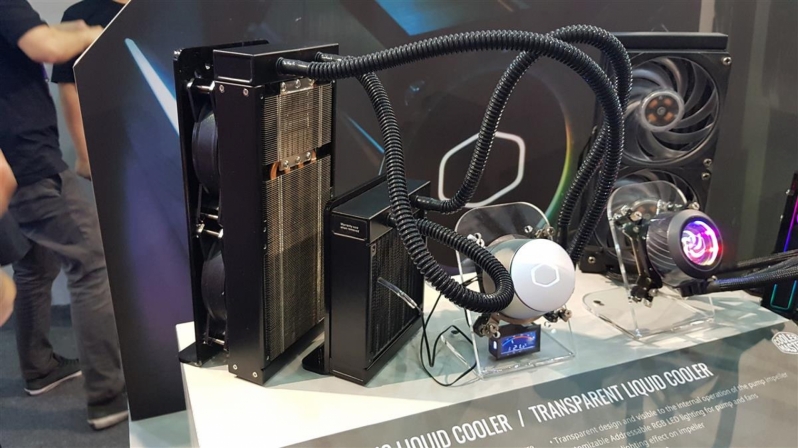