The All New HXi PSU Series

The Corsair power supplies have been at the forefront of PSU design and technology for many years now. Originally, we saw the old TX series as the entry level units, followed by the higher end HX series, and then lastly the AX series. Nowadays however, the branding has changed slightly. Corsair now has a large range of different branded units to make up its entry level offerings, with brands such as the RM, HX and AX all being a little more prestigious. 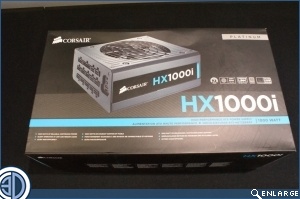 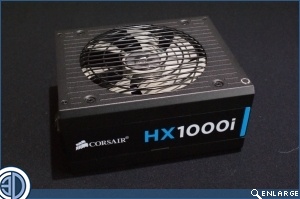 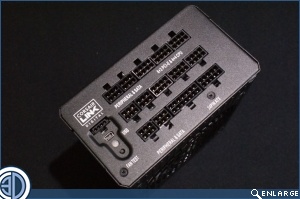 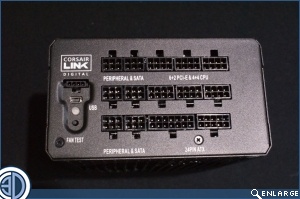 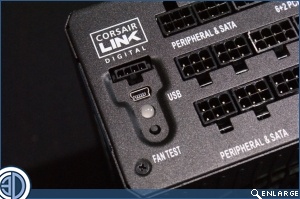 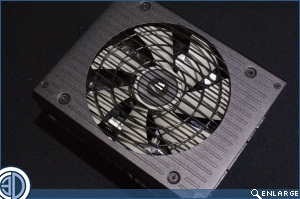 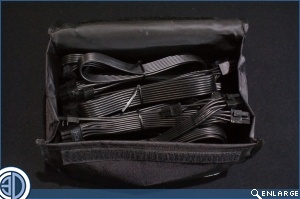 Recently, the differences between the AX, HXi and RM series has been a little less clear cut than it was in the past. It used to be the case that the differentiating factor was modularity, but since all three of these ranges are fully modular the differences are a little less obvious. The HXi comes with the fully modular thin black cable kit that we've been used to seeing on all recent Corsair PSUs. We're confident that modular cables will be either compatible with the HXi, or a new set will be released, meaning you should be able to swap the standard black cables for individually braided ones in the future.

The unit itself is very similar in design on the exterior to the RM series. We see the same angled corners as on the RM, along with the grey fan, and lines across the top of the unit to match the fan grills which does look pretty good. Aside from the blue colouring on the label, and the Corsair link connectivity, the HX1000i does look near identical to the RM1000.

We've seen on the AXi series how helpful the Corsair Link connectivity can be for users who enjoy monitoring every aspect of their PC. The software allows you to check the fan speeds of the unit, as well as real-time monitoring of the voltages and watts that your system is pulling from the wall. If this is used with other Corsair products such as the H100i, or the Corsair Link Commander, you can also monitor and control many more components in your system.

The HX1000i comes with an 80 Plus Platinum Rating with all Japanese capacitors meaning it's efficient up to 92% at 50% load, and close to 90% efficient at both 20% and 100% loads. Along with this, we also see the zero RPM fan feature that we've seen on many other units which allows your PSU to run completely passively up to around 40% of its load. This means in most cases the fan in your power supply will remain entirely silent until you do something particularly strenuous on your system such as gaming or benchmarking.

In our testing we started at 100w load which is a rough estimate of what a mid-range system may pull at idle, and we found the HX1000i to be around 88% efficient, and of course completely silent at this wattage. As soon as we increased the load to 200w efficiency instantly went up to 92% which is great for any unit. Upping again to 500w load, and we saw the efficiency peak at 92.8%. It's also worth noting that the fan still didn't spin up at all even at 500w load, so if you do have a mid-range system, you could be looking at this PSU being silent all the time, even under load. Finally when we upped things again to 1000w, efficiency hit 90.6% which is still great, especially at maximum load. The voltage ripple we saw throughout our testing was overall incredibly good. At 1000w load, we saw just 22mV, and at 500w load we saw just 13mV which is some of the best scores we've ever seen before on any power supply. We're truly impressed with the performance of the HX1000i.

We're awarding the HX1000i The OC3D Gold Award for its epic performance, and at only £160 this is actually great value for money considering its performance against the other alternatives on the market.

Thanks to Corsair for supplying the HX1000i for review. You can discuss your thoughts on the OC3D Forums.

Wraith
22mv at max Wattage is just stonkin'! Bravo Corsair, I love the Idea of this in a 450 - 500w max draw system just being silent.Quote

P.S. your in-article link is also not up to scratch Mr Thomas..

barnsley
I think it looks really cheap with the label. I dunno why, just does to me. Nice pricing considering the main competition seems to be atleast £10 more except the Superflower Leadex. That doesn't really count though as its not as easily available.Quote

Pugsport
ahh thats good timing on this review as i was gonna buy the RM series but think im now going to use one these.

it also uses a nice shade of blue on the sticker