The Corsair power supplies have been at the forefront of PSU design for many years now, being the first manufacturer to allow your system to monitor your PSU's power draw and other statistics using Corsair link is only just being emulated by other manufacturers. There was a big online debate about the original RM range not having full "jap caps" but considering their agressive pricing Corsair stood strong and defended their decision.

Today, we're taking a look at the latest version of Corsairs more budget minded RM series of power supplies - the Gold Rated RM1000i and RM750i power supplies that surprisingly now feature full Japanese capacitors, a 7 year warranty and "massively reworked electrical control" this basically means they have spent a lot of time sorting out the ripple. This is a great thing to hear because the ripple was not the strong point on the original series of RM's. 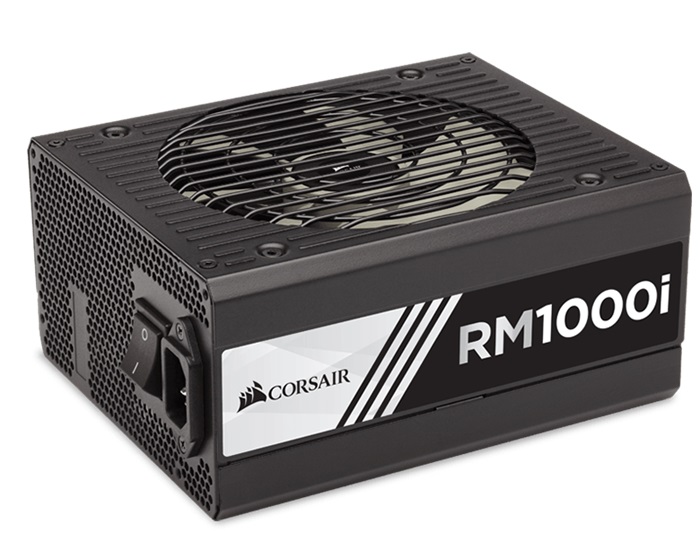 With their new series of RMi power supplies Corsair has decided to go for a much more neutral white colouring, which is sure to match a much greater number of systems, almost regardless of theme. 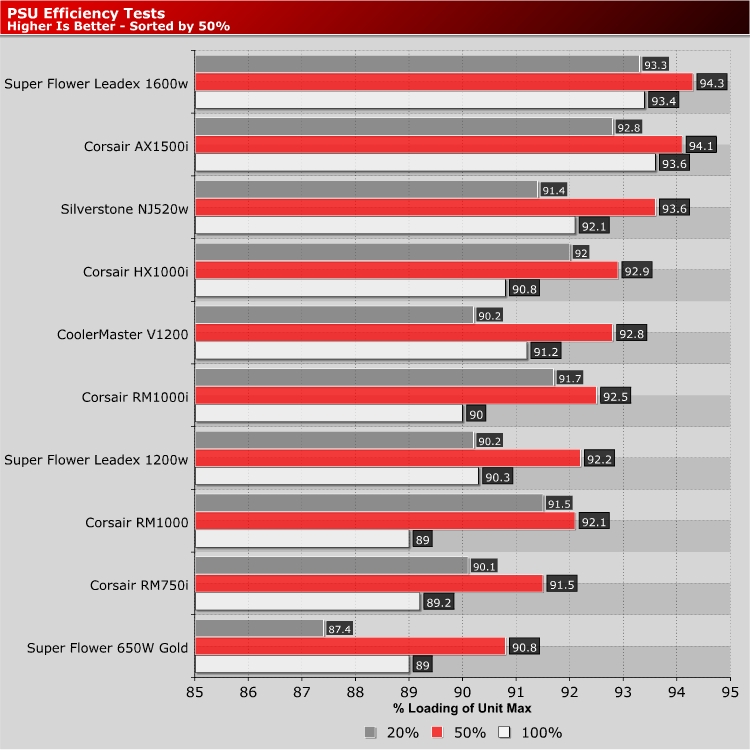 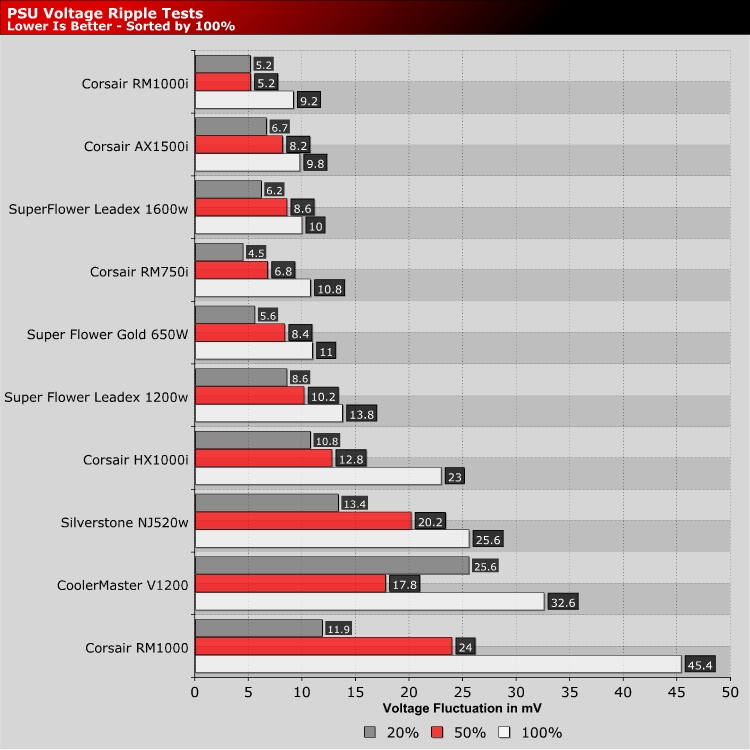 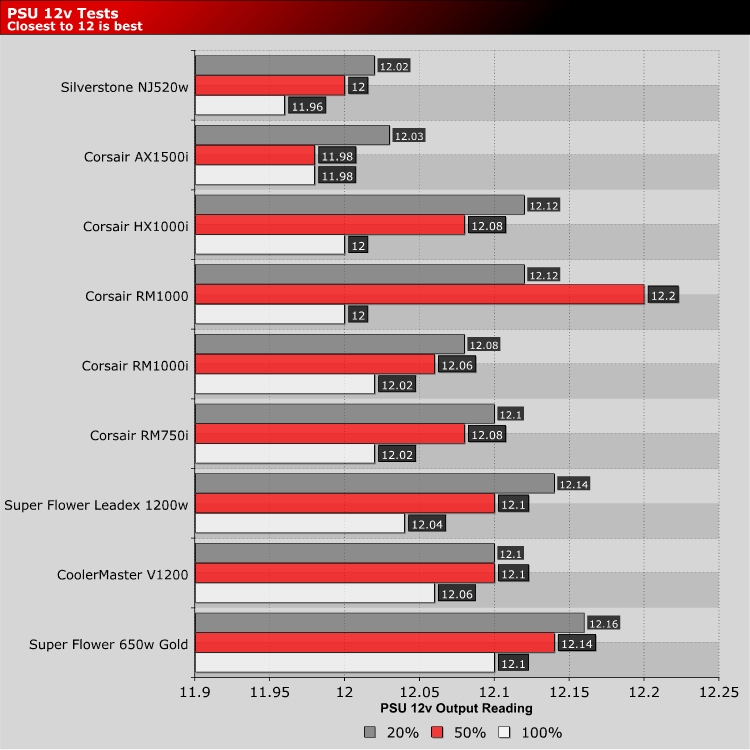 Recently Corsair have blurred the line between their AX, HX and now RM lines of PSUs significantly. The RM series is Corsairs entry level fully modular line of high efficiency PSUs, but now with it's updated feature set it feels almost like a flagship unit.

The results for these power supplies speak for themselves, the ripple is the lowest that we have ever seen on the RM1000i, beating even Corsair's AX1500i PSU, which is a PSU which is over £200 more expensive. The efficiency of these units are exactly where we would expect with a Gold Rated PSU, but it is a lot better than some of the other Gold rated power supplies that we have tested, though not enough to be worthy of a higher level Platinum Certification.

Compared to Corsair's older RM1000w power supply the RM1000i is a significant improvement, the ripple results have moved from the bottom to the top of our graphs. Corsair have made these PSUs to the best of their ability, creating a PSU which provides some of the cleanest power that we have ever seen.

Lets not forget that this unit has a greatly improved software experience than it's predecessor, Corsair link has evolved since we first looked at the RM1000w and so has the RMi series. You can now monitor your power supplies efficiency, output voltages and temperatures from the comfort of your desktop and even create custom fan profiles for your PSU.

With such a significant improvement from their last generation and coming in a the relatively low price points of £144.95 for the RM1000i and £109.99 for the RM750i, these power supplies rival units which are significantly more expensive.

Thanks to Corsair for supplying their RM1000i & RM750i for review. You can discuss your thoughts on the OC3D Forums.

Thelosouvlakia
That new colour on the units really nice!
The Ripple is just epic!
Also Tom please don't stack the two psus on that laptop keyboard it's making me feel uncomfortable

NeverBackDown
More neutral color scheme compared to AXi units.. fits with more rigs and looks great still, wish they got rid of the logo on the side however. It would look better without it. Currently loading up the vid on the YT.

In before written review too.. c'mon Tom hurry up!

Edit: Nice video as always and these are pretty darn impressive considering their price.. especially those ripple results. Damn those are crazy low. Just finished the video.. that was nearly a 20min conclusion lol

Agost
They seem good, despite the fact they're CWT. At least way better than the "meh" standard RMs.

Tripp
Great review Guv, on what is a fantastic PSU for the money. My RM750 is silent or near enough even with two 970s an overclocked 4690k and a plethora of HDD's and SSD's, glad they have gone with a more neutral colour scheme this time aroundQuote
Reply