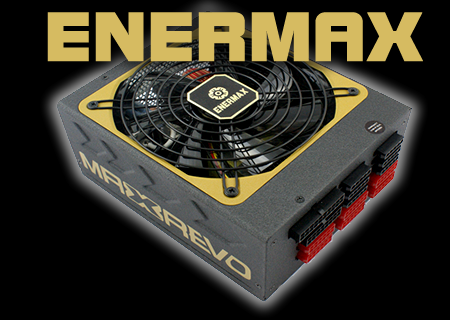 As hardware journalists, we love our analogies and today I'm going to liken the Enermax MAXREVO to a Volvo Estate. Not very flattering I hear you cry, but bear with me will I explain.

Much like the trusty Volvo Estate, the Enermax MAXREVO is fitted with more safety features than you can shake a crash test dummy at. Whether it be features for making sure the fan is switched on, the voltages are within a specific range or the PSU isn't going into thermal meltdown you can be sure that the Enermax will do the right thing. Furthermore, when pushing the Enermax well beyond its limits, there was no sense of "will it explode" in the air. It just gracefully declined to provide any more power than than we asked and switched its self off with no drama at all.

The classic, yet rugged appearance of the unit is somewhat akin got a Volvo too. There's no ugly bolted on plastic panels that make it look like an alien space ship, nor any bright lairy greed/red 'gamer' colours that can potentially ruin the colour scheme of your PC. Admittedly the gold accents might not be to everyone's tastes, but it is somewhat of an Enermax signature colour and helps to separate the MAXREVO from the sea of generic black boxes out there. Unfortunately though, the appearance is let down slightly by the poorly sleeved cables. Why Enermax decided not to fully sleeve all of the cables I have no idea. I also wish they'd stop using the stripy sleeving in favour of something more neutral. But, then anyone who has ever met me will know how picky I am.

When it comes to outright performance, a Volvo it is not. The +12v rail on this thing is simply monstrous and can deliver a whopping 131A across its six rails with only 28mV of ripple and a 0.3v drop in output. This brings the total output up to a sustainable peak of 1705w, 355w higher than what's on the box. And then there's the efficiency :- 95.4% at a 688w load followed closely by 94.5% efficiency at 1035w! In terms of car analogies, this would be the equivalent of a V8 and a Hybrid having offspring resulting in some kind of dementedly fast Toyota Prius.

Unfortunately though the +3.3v and +5v rails seem to have been somewhat neglected by Enermax. Sure they may stay well within ATX spec, but they just don't have the level of voltage stability or ripple suppression I've become accustomed to in high-end PSU's. A bit of a shame considering the performance of the 12v rails, but in reflaction we still think this is a bohemoth of a PSU for anyone out there with a monster GPU set up requiring insane levels of power and stability. Everything taken into account we decided to give it the OC3D Gold award, but let it be known Enermax, with a few changes this could have been the best PSU we have ever tested!

The Mediocre
- Some cables not fully sleeved
- Sleeving design looks a bit dated nowadays.
- Ripple and voltage stability could have been better on +3.3v and +5v rails

The Bad
- Nothing to report.

Thanks to Enermax for the PSU on test today, you can discuss your thoughts in our forums.