The modular power supply is one of those inventions that has the PC enthusiast communities split down the middle. Some think that the modular design is a great design - keeping the inside of your PC tidy while also maximising airflow. Others believe that it is unreliable and can cause increased resistance where poor connectors are used. In the end it really comes down to the quality and type of connectors the manufacturer has adopted for the unit and how well they have implemented the design. 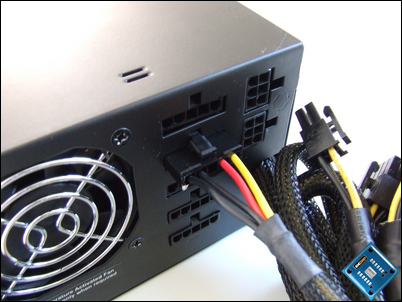 Seasonic have gone for their own proprietary 5-Pin flat connector design for use with the Molex and SATA connectors, but have stuck with the tried and tested 6-Pin PCI-E style connectors for powering the PCI-E cables. On attempting to plug in one of the SATA cables I encountered an issue where the connector backplane was able to flex, and thus prevented me from inserting the modular cable. A video recording of the issue can be seen here.

After further investigation, I managed to find the cause of the issue. The backplane had been designed to sit in front of a lip on the bottom of the power supply casing (as can be seen here), but somehow had managed to come loose. This may well be an isolated issue, but it would be good to see a more sturdy design implemented as the connectors are often subject to a fair amount of abuse. 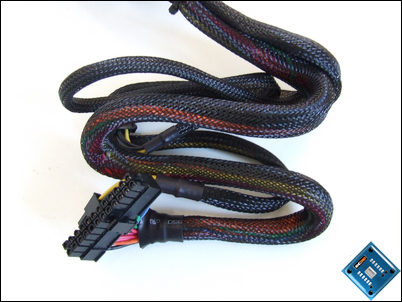 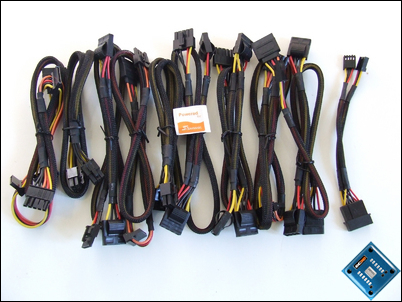 A total of 9 modular cables are included in the box, but it is worth noting that only 7 of these can be plugged into the unit at any one time, leaving two of the cables redundant. All connectors on the M12 are finished in black, with the molex connectors adopting the 'easy grip' design. It's also good to see that Seasonic have decided to sleeve all cables right to the very last connector. 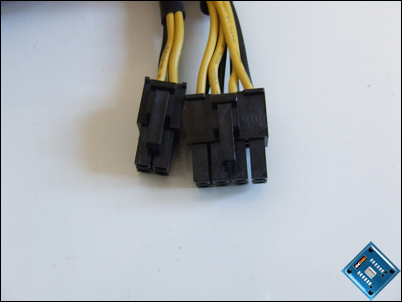 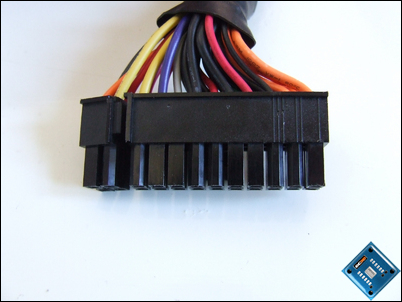 The ATX connector on the M12 is native 24-pin. However, as you can see above, a small block of 4 connectors can be broken off to switch the connector to 20-pin, and thus make it compatible with older motherboards.
As many motherboards still make use of the P4-12v 4-Pin connector, Seasonic have chosen to include two separate cables for P4-12v (4-pin) and EPS12v (8-pin) standards.

kimandsally
I look forward to the Corsair 620 review if you get to test one, as far as I know it's very similar but is quieter with only 1 120mm fan.Quote

JN
Quote:
Funnily enough, I have one on its way

kimandsally
Quote:
I look forward to that with massive interest, I'm thinking of getting one because of it's supposed high efficientcy and quietness, may I ask if you sell them after review?Quote

JN
Quote:
Nah, we either keep them for future comparisons or send them back.Quote

You need to upgrade the PSU tester, 10a per 12v is nothin!Quote
Reply