Back in October, Silverstone gave me the first look at their latest 750w modular power supply named the ST75F. This PSU proved to be a big improvement over its predecessor the ST60F, but still suffered from some of its original flaws. Today we're back again, and this time looking at the ST85F. In case you hadn't already guessed, the ST85F is the latest in the line of Silverstone's modular units, based around the ST60F and ST75F but with a total power output of 850w and a few extra tweaks along the way.

Visually the ST85F is the same as its predecessors in almost every way (externally at least), and for this reason I'd suggest that anybody who has already read our ST75F review should turn to pages 5, 6 & 7 to avoid a severe case of Déjà Vu. Over these few pages I'll be finding out what changes have been made internally, and if they have had any effect on the power supply's performance.

Having reviewed quite a few Silverstone products on Overclock3D I was fairly confident of what to expect from the ST85F. The unit comes in a double walled black cardboard box with a design that ties in with the rest of the Silverstone range.

This standardised design makes it easy to pick out Silverstone products among the other brands, and the unit's specifications are clearly visible on all sides of the box. 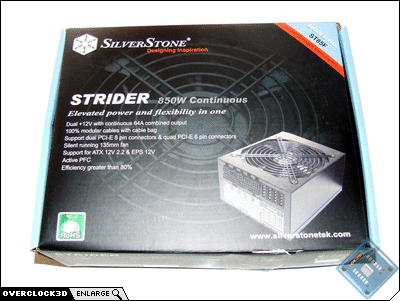 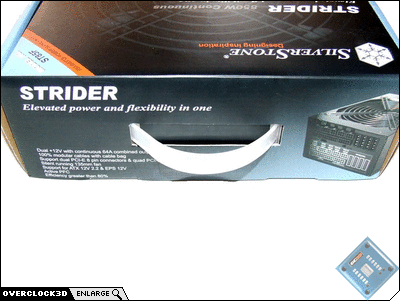 In all honesty, nothing much has really changed between the packaging design of the ST60F, ST75F and ST85F. The front and top of the box still show pictures of the power supply along with its vital statistics. However, unlike it's predecessor, the ST85F utilises dual +12v rails, rather than the quad +12v rails used on previous models. This step backwards could well be a good move by Silverstone, ensuring that there is enough power on the 12v rails for the most hungry graphics cards. 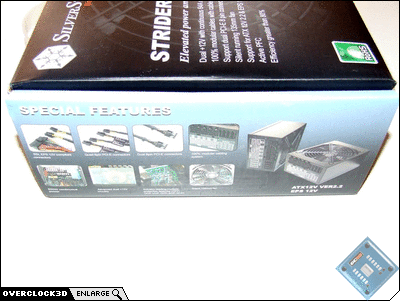 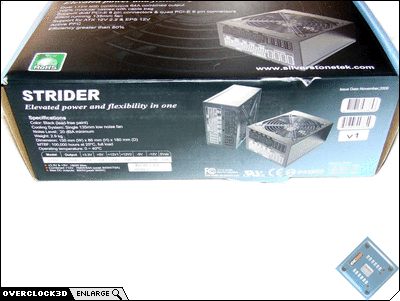 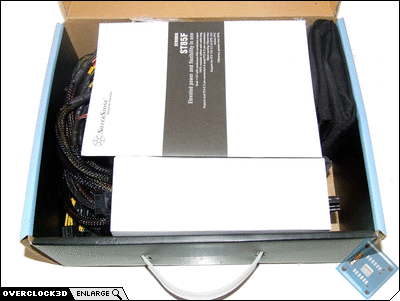 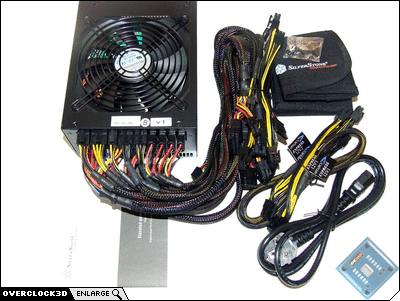 As with the previously reviewed ST75F, the ST85F is protected from scratches by a clear plastic bag with no other padding to protect the unit from larger knocks included. I know that I've complained about this before, but it would be nice to see Silverstone paying a bit more attention to packaging even if just for aesthetic appeal.

Not the best PSU I have ever seen but none the less pretty intresting to compare with others around.

Once again another Awesome reveiw from OC3D!Quote

ai_01
one thing i love about the silverstone psu is the sleeving, always impressed by it and i wish other companies would do it just like theirs.Quote

markkleb
I like the idea of having the 8pin cables(for future GPUs) But I am kind of sad that they dont aim higher.

I think in the 800Watt and higher market the PSs should cater to "Enthusiast" not the penny pincher bookeepers that seem to run the companies.

The PS 510 I just got has external adjustable pots for voltages. I think they should go 1 step further and add a digital gauge to it.

When I think of Silverstone I think "High End" its a shame they dont feel the same way.Quote
Reply