Here's how to get more performance from Assassin's Creed Valhalla

Ubisoft's most recent Assassin's Creed games are infamous for their PC performance, especially on the CPU side. With Assassin's Creed: Valhalla, this is doe to change, thanks to an AMD Ryzen partnership and the game's focus on 60 FPS performance on next-generation gaming systems.

Assassin's Creed Valhalla takes the series into the Viking Age, with raiding, settlement building and more RPG elements differentiating the game from its immediate predecessors: Origins and Oddysey. The game's move to Scandinavian and English landscapes also do a lot to change the game's aesthetics and visuals, moving the series away from the Mediterranean and towards the North sea.

In this article, we will be showing you how well Assassin's Creed Valhalla will run across a wide range of PC configurations and tell you how to increase the game's performance on your system. 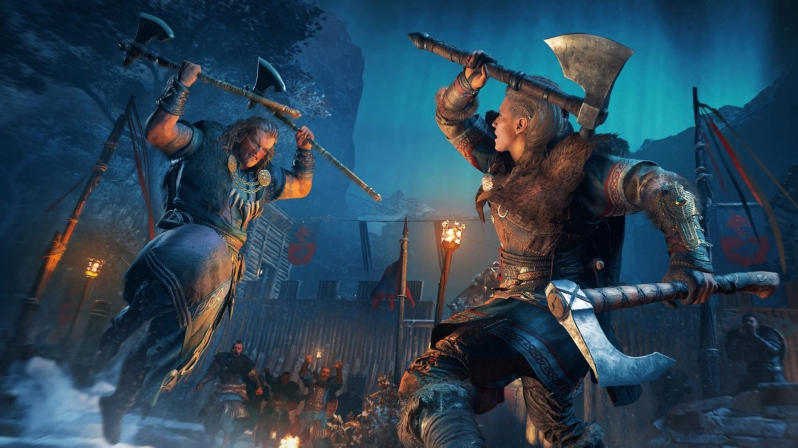 When testing Assassin's Creed: Valhalla, we opted to use the newest drivers from both the Radeon and Geforce camps. These drivers are AMD's Radeon Software Adrenalin Edition 20.11.1 driver as well as Nvidia's Geforce 456.71 driver.

With Assassin's Creed Valhalla, we will be using our new Games and Graphics Card test system, which is powered by AMD's Ryzen 9 3950X processor and PCIe 4.0 storage. More information about this system is available here, where we have detailed why we have moved to Ryzen for our GPU and games testing. CPU & Motherboard - AMD Ryzen 9 3950X and ASUS ROG Crosshair VII FormulaThere is a lot to consider when building a new games testing system. Will this system stand up to the test of time. Does this system contain the features that new games will require, and are we choosing the right CPU platform for the job? With the next-generation of consoles coming with Zen 2 processors and support for PCIe 4.0 storage, it was logical to choose a Ryzen-based test platform. Intel's current offerings do not offer PCIe 4.0 support, and we cannot build a new test system knowing that it will be outdated as soon as games start to utilise faster storage mediums. With ASUS' ROG X570 Crosshair VII Formula, we know that we have a motherboard that has capable VRMs to withstand the punishments that a hardware test system must face. With X570 we also know that we can upgrade to Zen 3/Ryzen 4000 should we ever need to.

AngryGoldfish
Fantastic work. Especially appreciate the way you tried to find the right sweet spot of performance and visuals. Many other sites don't do this; they just benchmark at max settings.Quote
Reply