CPU Performance - Core Scaling - how many cores do you need?

CPU Performance - Core Scaling - how many cores do you need?

When playing Call of Duty: Black Ops - Cold War, it is clear that the Call of Duty engine now prefers systems with high core counts. Clear performance advantages can be seen when using higher core and thread counts until we are using 6 cores and 12 threads. After this, performance gains are minor.

As can be seen in our other tests, Black Ops: Cold War becomes GPU limited when using an AMD Ryzen 3950X with more than six cores and 12 threads enabled.

Like other recent releases, Cold War likes processors with six or more strong CPU cores, which makes sense given the capabilities of all next-generation consoles.

We are considering re-running these tests with DLSS enabled to showcase further performance scaling at higher core counts in less GPU-limited scenarios. 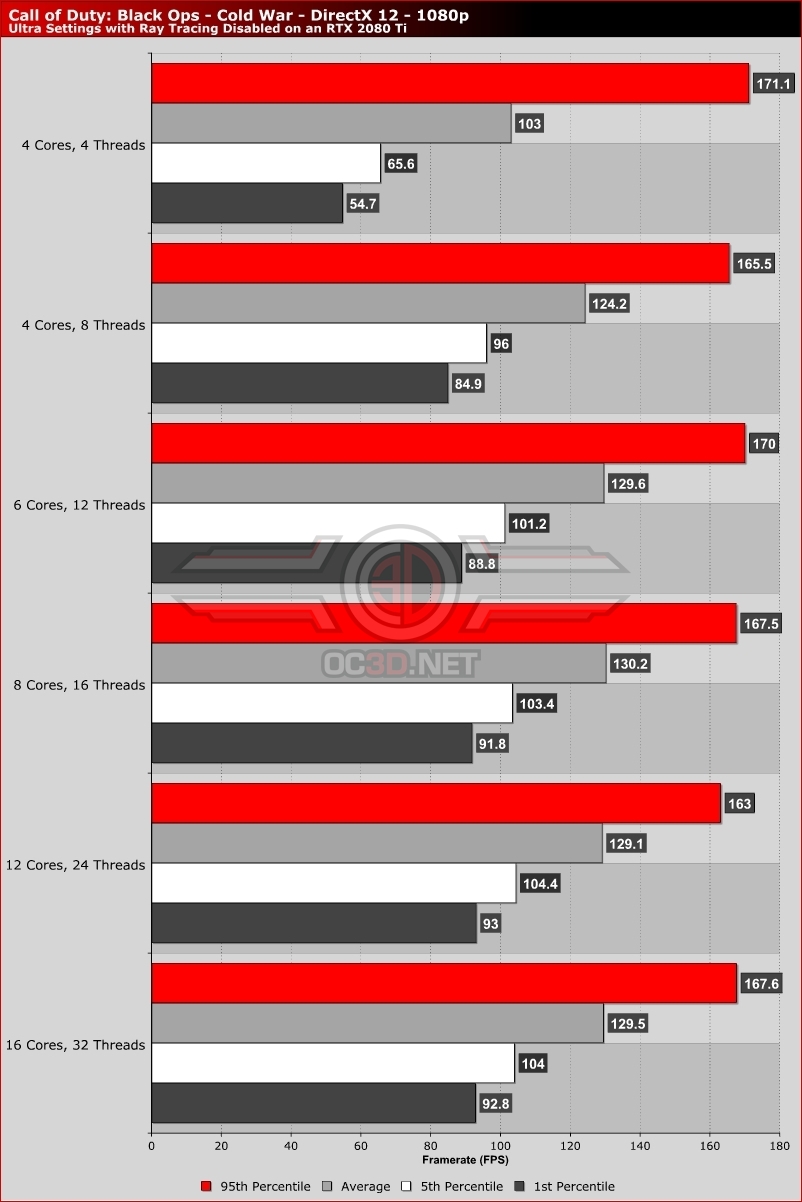