Call of Duty: Modern Warfare promises to move the series to unhead of graphical heights. Infinity Ward has worked tirelessly to polish new features, add new game modes and deliver the best Call of Duty experience that had been offered to date.

On PC, Infinity Ward has partnered with Nvidia to help bring several new features to the game. Nvidia Highlights are integrated into Multiplayer, Ansel support has been added for some epic screenshot action, and DXR Raytracing has been added to the game to give the title's shadows a next-generation feel.

In a future update, Nvidia Turing graphics cards will gain support for Nvidia Adaptive Shading (NAS), promising a performance boost without any noticeable graphical downgrades. We will look at this feature in time, but for now, there's some RTX to turn on!

Call of Duty: Modern Warfare's Raytracing has been implemented using Microsoft's DXR API, which is an optional API that can be used under DirectX 12. This means that Call of Duty's raytracing implementation should be usable on future DXR compatible hardware generations, including those from GPU makers like AMD and Intel.

Yes, while this is an Nvidia partnered game, Call of Duty: Modern Warfare's Raytracing features are not RTX only. That's the beauty of Microsoft's DXR API. 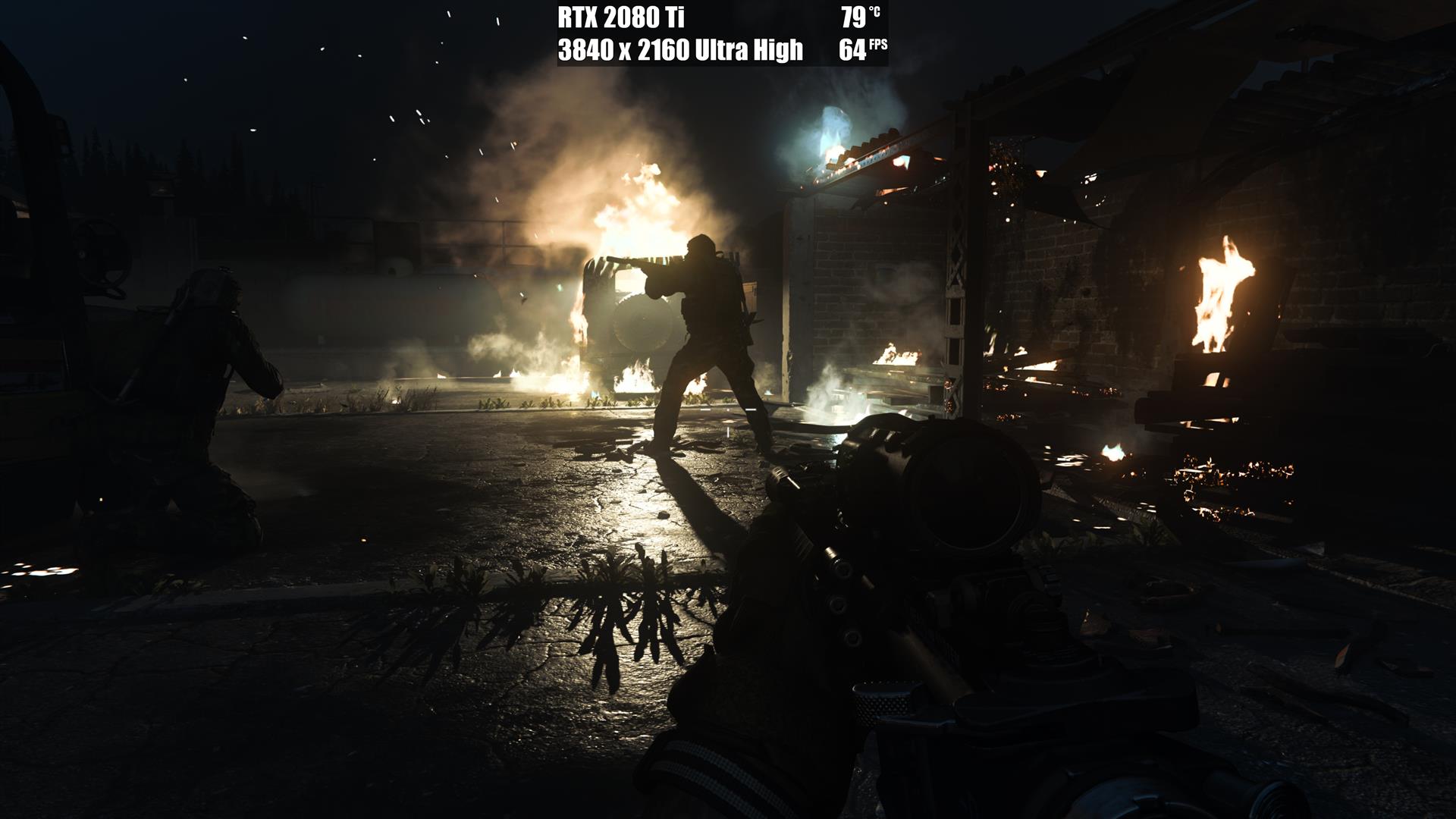 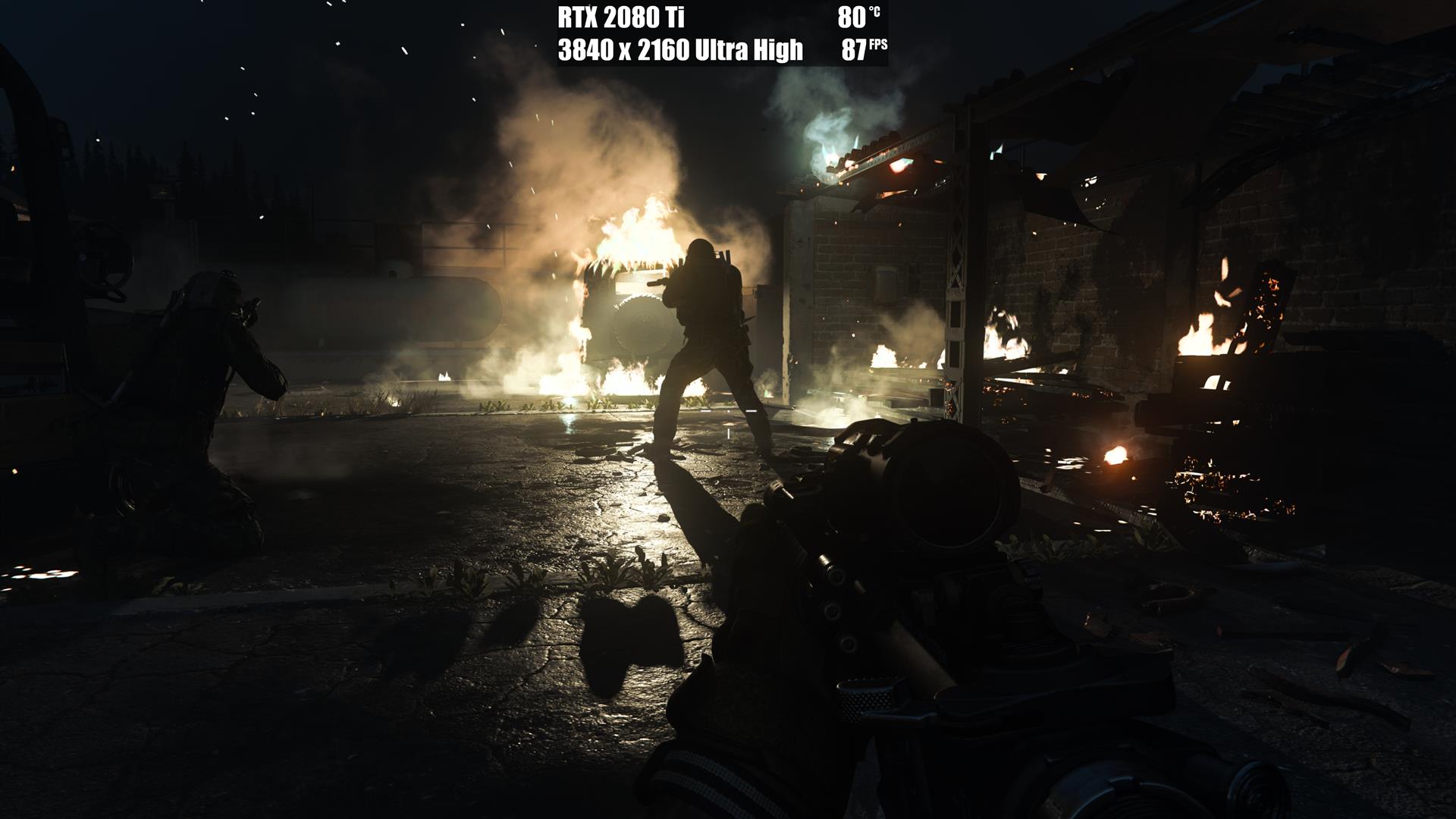 Next up we can once again see how raytraced shadows can add additional accuracy to a scene. See below how the gas lamp can now case its own shadow, and how the small items on the table can cast accurate, diffused shadows.

Looking into the bowl, we can also see shadow maps fail to present accurate internal shadows, something that's fixed by raytraced shadows. 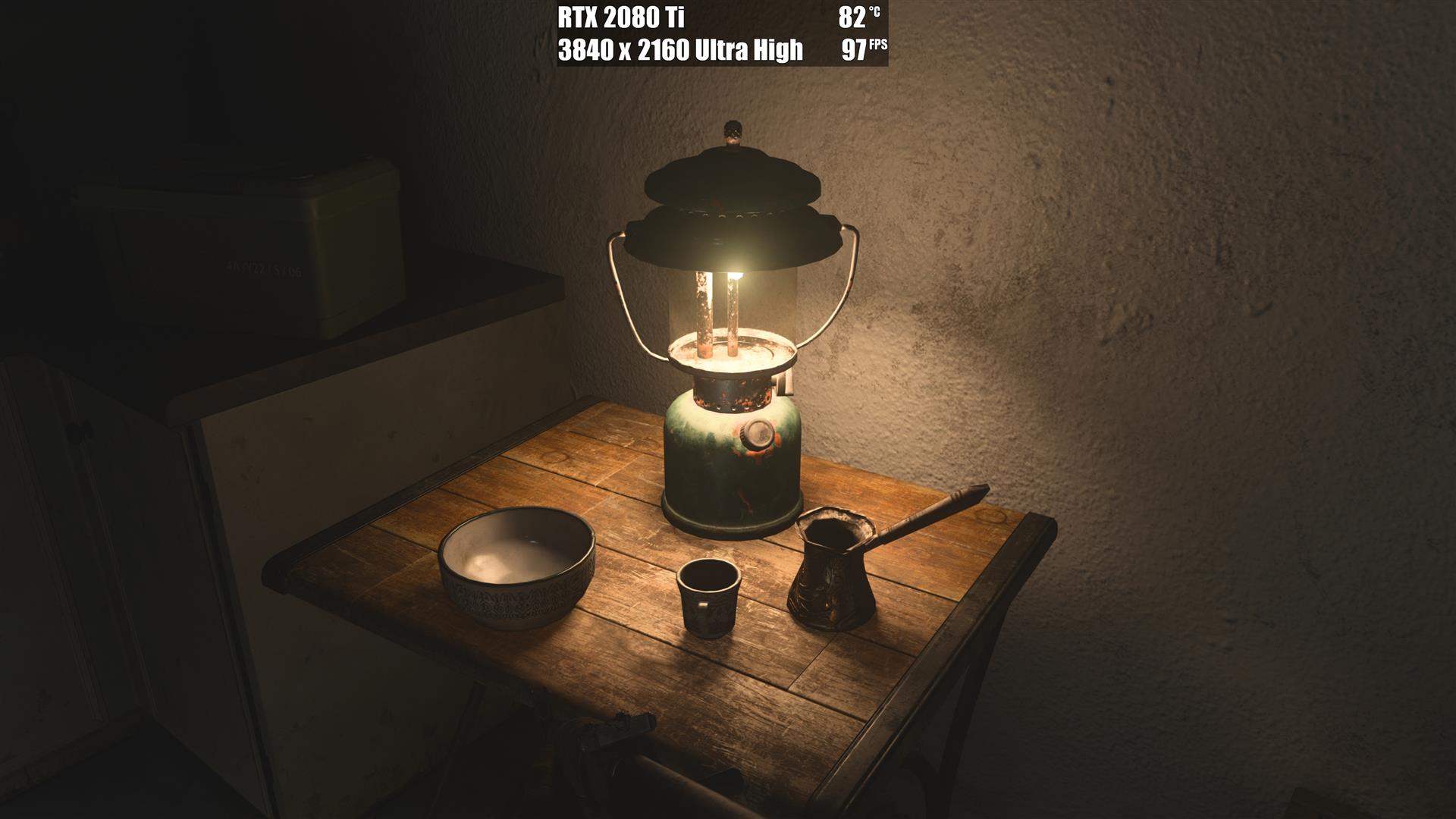 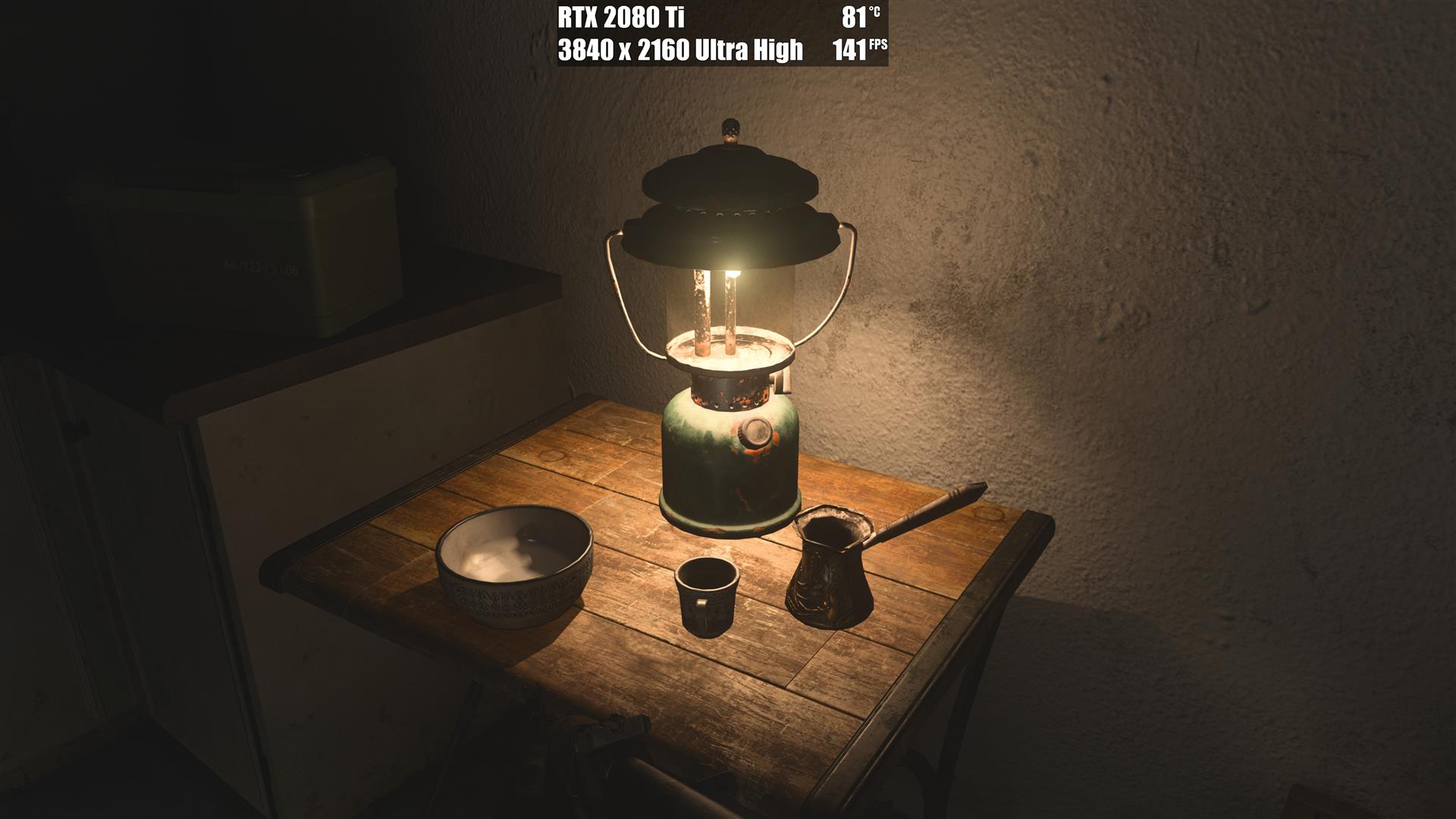 Next up we have character shadows, which are now soft thanks to the addition of raytracing. While some gamers will prefer the ultrasharp shadows that Call of Duty offers without raytracing, it must be remembered that soft shadows are more physically accurate in this case. Another thing to note here is that some of these soft shadows can present graphical artefacts with DXR raytracing enabled, though these are hard to notice during gameplay. These artefacts are due to the limited raycount of these raytraced shadows. 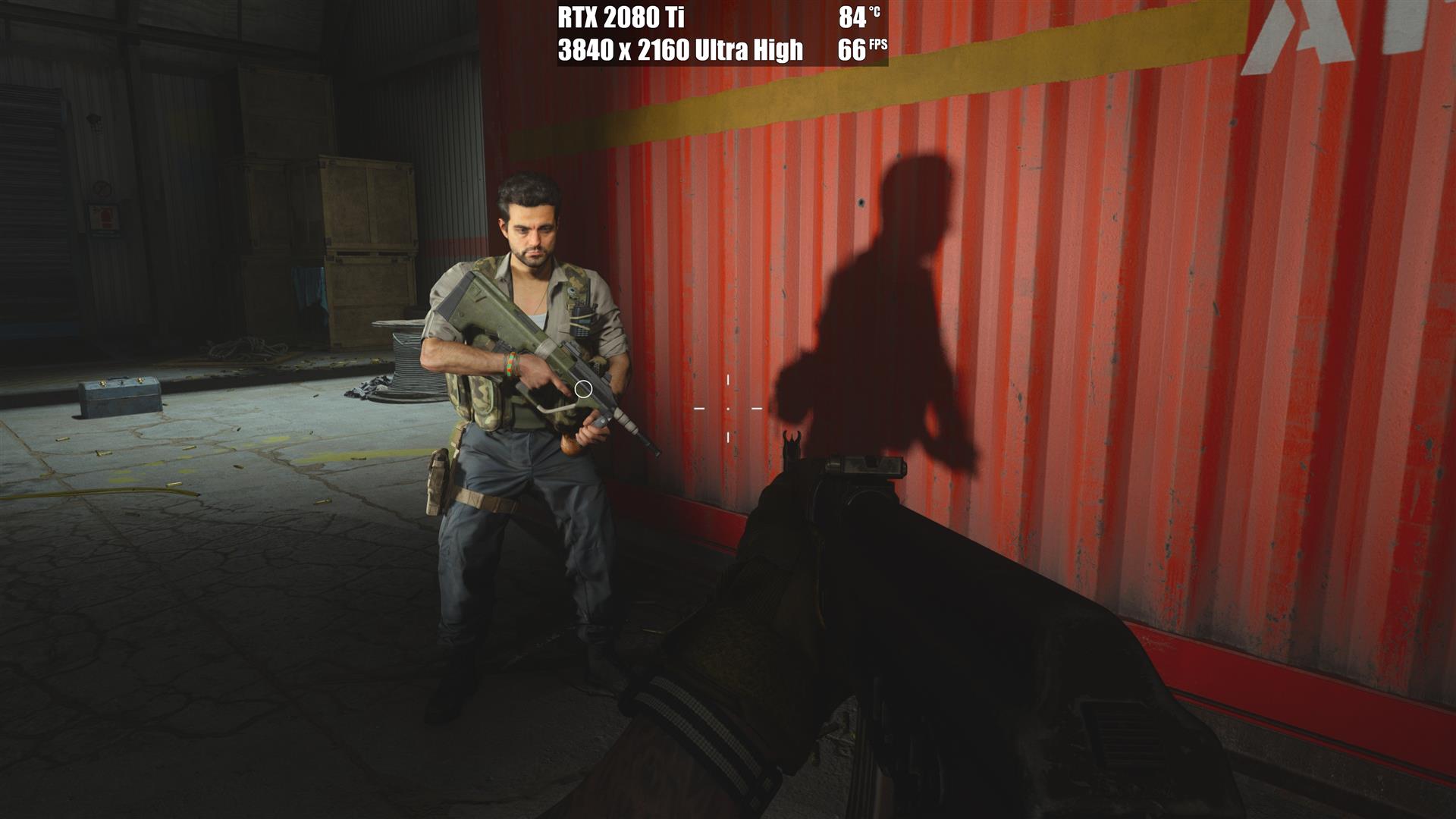 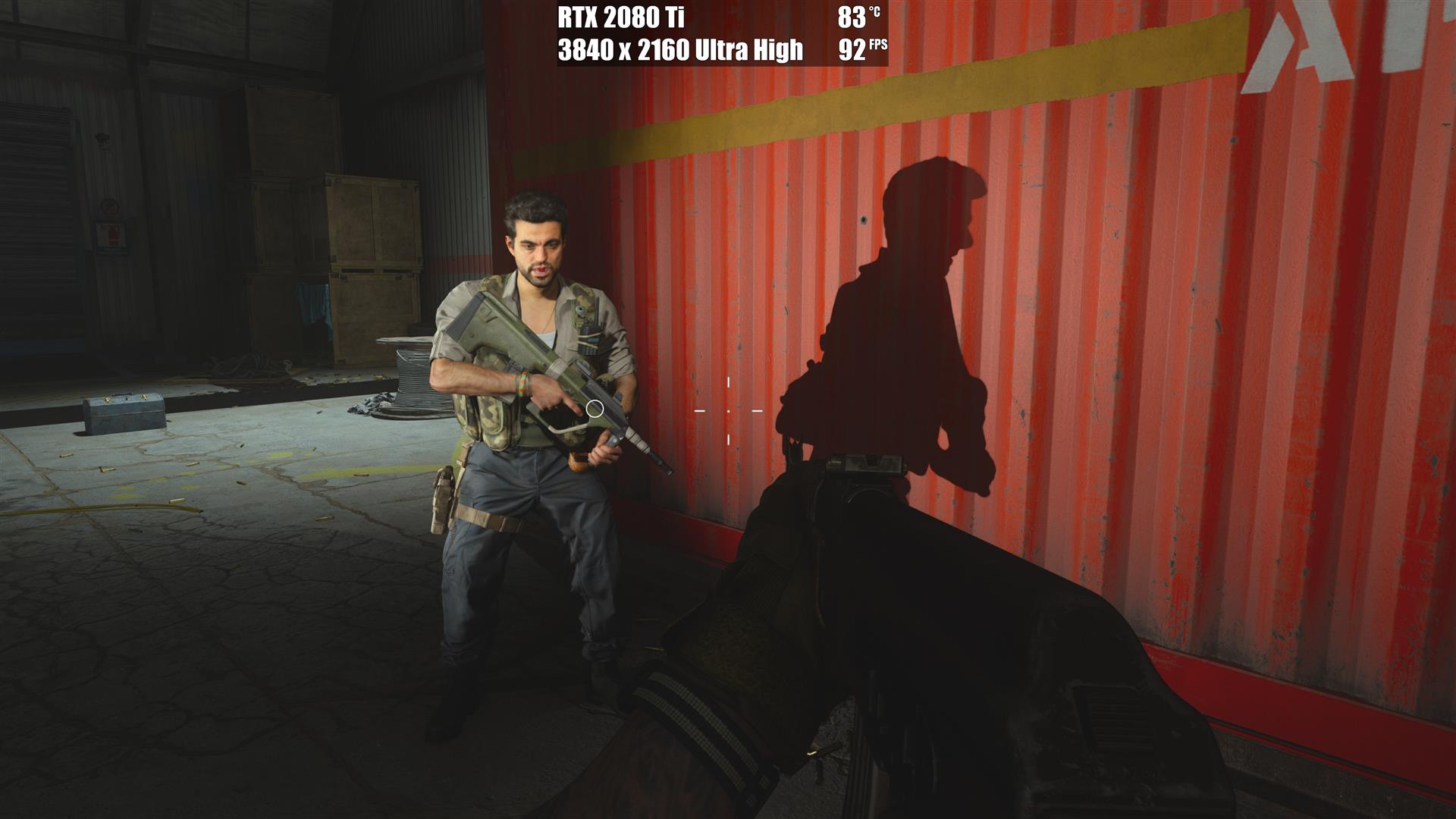