Call of Duty: Modern Warfare, and by extension Call of Duty: Warzone, is a DirectX 12 only game on PC, a first for the Call of Duty series. This is, in part, due to the game's use of DXR raytracing, which is only possible under DirectX 12, and due to the fact that releasing a game under a single API simplifies the game's development. Looking at the game's minimum requirements, we can see that 2019's Modern Warfare is designed to run on modest PC hardware, with AMD's HD 7950 being a graphics card from 2012. Based on this, we know that Modern Warfare requires a minimum of 3GB of VRAM on PC and at least 8GB of system memory. We can also see that the game can run on dual-core, quad-threaded PCs. Right now, Call of Duty: Modern Warfare doesn't require 175GB of storage. That said, the game already uses over 100GB of space, and future patches will only make the game's storage needs larger with time. 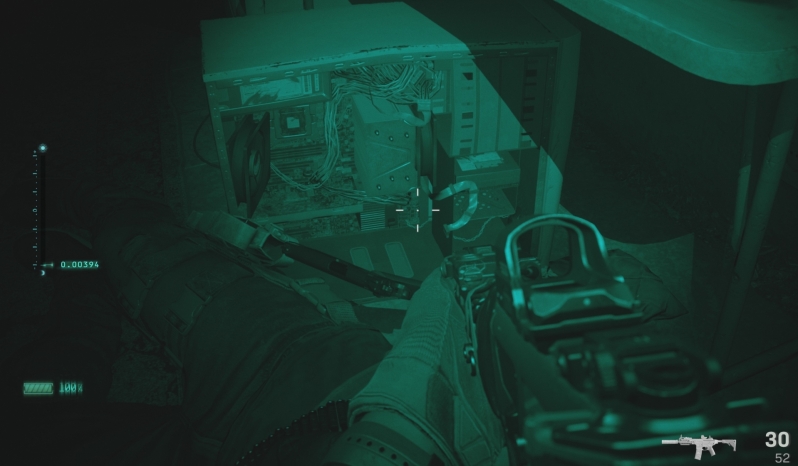 PC Settings Call of Duty: Warzone lacks dedicated graphics presets. As such, we decided to make some of our own for some performance scaling tests. These are shown on page 4 of this review. Resolution Scaling is one of Modern Warfare's primary graphics options. This will allow gamers to scale back Modern Warfare's internal resolution to a sub native value to help increase the game's performance. Sadly, there is no variable resolution scaling options within Modern Warfare's PC version. Variable Resolution Scaling would be great for those who can't quite maintain 60+FPS framerates at all times in Warzone. Such an option could ensure that PC players can maintain high framerates at the cost of temporary dips in resolution. Modern Warfare's DXR Raytraced Shadows option isn't usable within Warzone. The option is only available to compatible Nvidia graphics cards at this time, and if enabled, the option does nothing within Call of Duty's Warzone mode.