With Call of Duty: WWII it is clear that at 1080p max settings that the game is primarily GPU limited, with only our dual-core, quad-thread configuration falling behind in terms of game performance. This is great news for those who want to play this game at ultra-high framerates, as it looks like any strong quad-core are greater system will be able to easily handle constant 100+ FPS gameplay with enough GPU power or lower graphical quality settings.

When playing the Call of Duty: WWII at higher framerates the game can become a little more CPU-limited, though at this point the game is already playing at well over 100FPS and tends to be more single-thread limited than CPU core limited. Regardless, users of CPUs with four or more strong CPU cores should not have an issue running this game with steady 60+ FPS framerates. 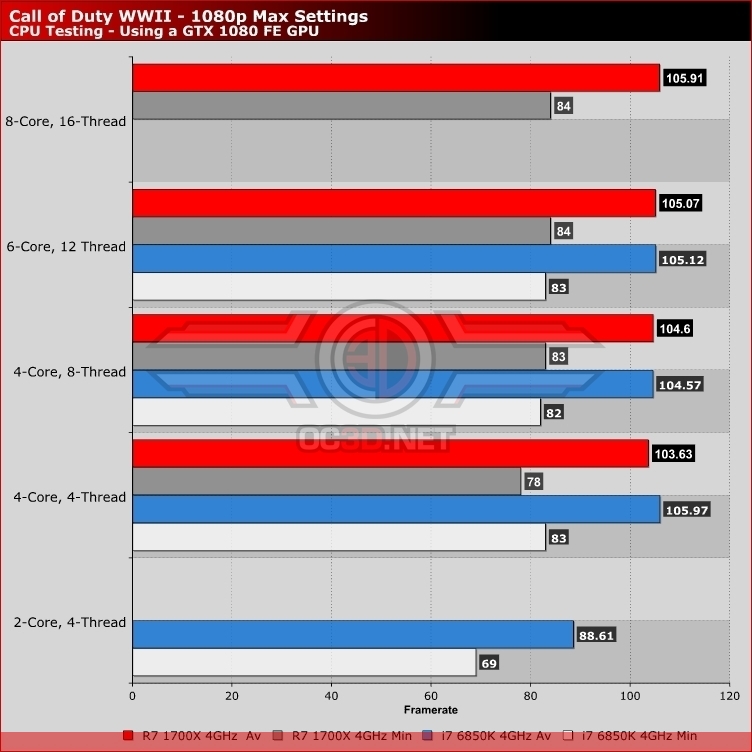