In recent months we have started to see our older R9 380 and GTX 960 Strix GPUs struggle in modern games, sometimes because of the GPU's raw compute performance but a lot of the time things come down to memory.

Thankfully Call of Duty WWII is an extremely scalable title, though it is clear that this game needs to be scaled back quite far to be playable at a higher framerate.

One thing to note here is that the game's higher texture quality settings recommend that players have more than 2GB of VRAM, resulting in a sub-par visual experience. The game is playable, but not anywhere near as pretty as it could be. Thankfully the game's multiplayer mode is much easier to run than the single-player section that we have tested, but that does not mean that we don't need to scale back a little further to get a solid 60FPS framerate.

One thing that needs to be stated here is that our benchmarking sequence comes from a demanding area in the game's campaign, offering some of the lowest framerates that the game has to offer. Typically the game will run at higher framerates than this, though many of the game's in-engine cutscenes can actually perform worse, though this is not that big of an issue because players can barely interact with these scenes. 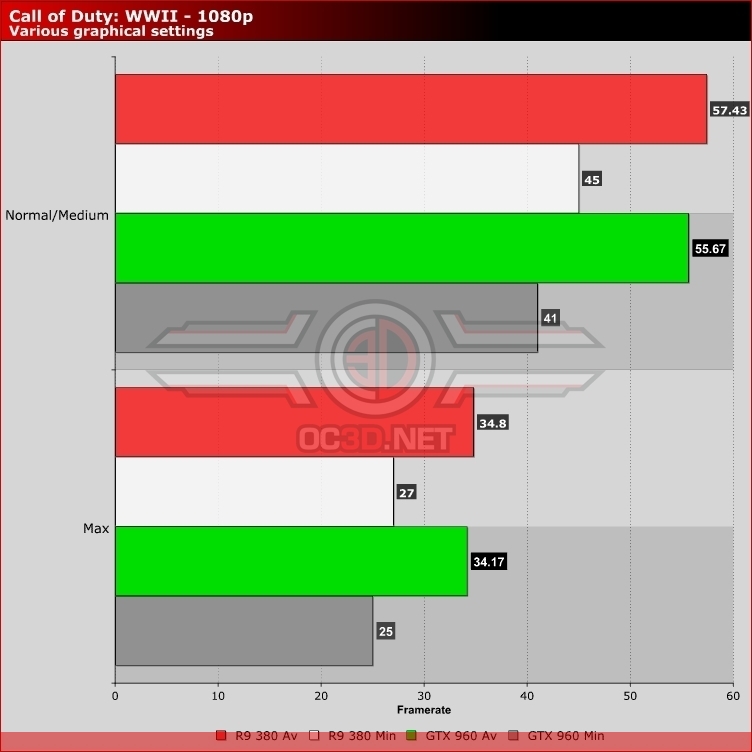