When comparing our RX 480 and GTX 1060 Strix GPUs we can see that this game offers fairly similar performance on both graphics processors, though Nvidia does have a small advantage here.

The only time where Nvidia sees a large advantage is when the game is played at its lowest graphical settings, which are not setting that we recommend playing the game with unless you really want a higher framerate.

The key thing here is that while Nvidia does have an advantage in terms of average framerate, the minimum framerate of AMD's RX 480 is almost identical to the GTX 1060 at almost all settings, giving both very similar gameplay experience.

One thing that needs to be stated here is that our benchmarking sequence comes from a demanding area in the game's campaign, offering some of the lowest framerates that the game has to offer. Typically the game will run at higher framerates than this, though many of the game's in-engine cutscenes can actually perform worse, though this is not that big of an issue because players can barely interact with these scenes. 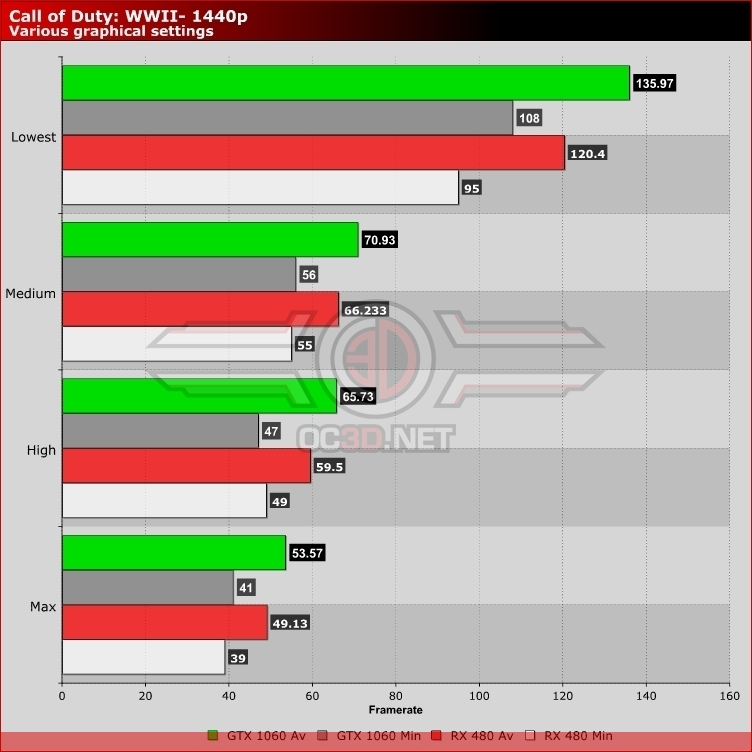