Settings, performance variance, a useless benchmarking tool, and how we benchmarked Crash 4

Settings, performance variance, and how we benchmarked Crash 4

As we have mentioned earlier in this performance piece, Crash Bandicoot 4: It's About Time was built using Unreal Engine 4, moving away from the N. Sane Trilogy's custom engine. This should come as great news for PC gamers, as this shift has granted Crash 4's PC version access to all of Unreal Engine's PC-friendly features.

On PC, Crash Bandicoot 4 features a selection of graphics quality options, giving PC gamers plenty of ways to enhance the game's performance. Better still, the game fully supports unlocked framerates, allowing the game to run at 200+ FPS on systems that can handle it. On consoles, the best Crash Bandicoot 4 experience is at 60 FPS, but on PC, much higher framerates are possible. 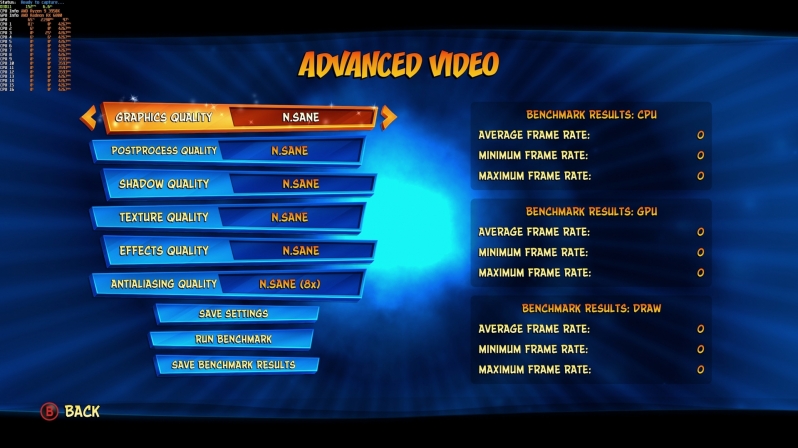 Some of Crash Bandicoot 4's levels have a dissimilar performance profile to the bulk of the game's levels, with early examples being the game's "OFF BEAT" and "STAGE DIVE" missions. These missions would cause graphics cards that reliably played the game at 80+ FPS to dip down into the mid-40s, making the game a lot more difficult to play.

On PC, the right graphics settings will mitigate these issues. Even so, PC gamers should not expect all missions within Crash Bandicoot 4 to perform in the same way, which is why we believe in testing large sections of games before publishing any performance analysis articles. 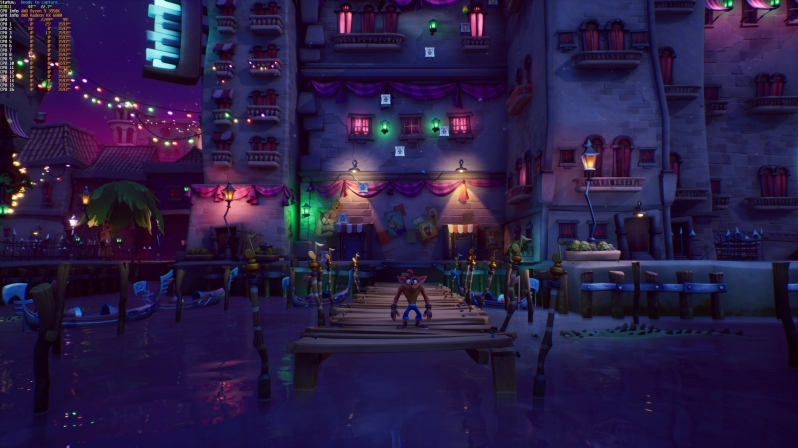 The PC version of Crash Bandicoot 4 features a benchmarking tool, an unautomated tool that goes through the first mission of the game. The unautomated nature of this benchmark allows the mission to be played however the gamers likes, but it also makes the benchmark no different than simply playing the game's first level. The recorded performance metrics from this benchmark are also inaccurate, making the tool almost completely useless.

It is worth noting here that this version of Crash's first mission cuts some cutscenes and effects from the game's first mission, making some areas less demanding. Beyond that, this level of Crash Bandicoot 4 is one of the least demanding missions that the game has to offer, especially when compared to missions like "OFF BEAT" and "STAGE DIVE".

Crash Bandicoot 4's benchmark feels like it was added to the game as a checkbox feature, and PC games shouldn't consider using it outside of basic "can my hardware run this game" testing. 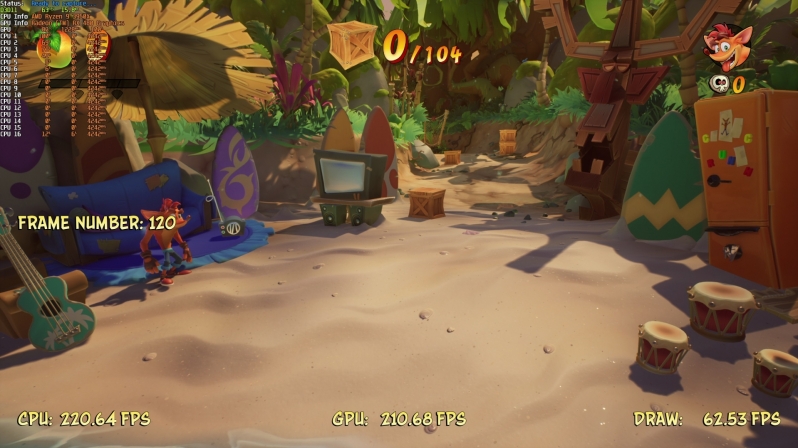 With some levels of Crash Bandicoot 4 being significantly more demanding than others, we decided to benchmarks two separate levels so that our readers can have a look at the game's performance under typical conditions and under ultra-demanding sections of the game. To do this, we tested the game's "HOME COOKIN'" and "OFF BEAT" stages.

This gameplay section covers the first 60 seconds of Crash 4's "OFF BEAT" stage, an area of the game that is significantly more demanding than most other areas of the game. While lowered graphics settings can enable higher performance levels, this stage can put even the strongest current-generation graphics cards under strain at high resolutions.

We selected this scene because of how demanding it is on PC hardware and how easy it is to repeat the same gameplay section with relatively little run-to-run variance.

To represent normal gameplay within Crash Bandicoot 4, we decided to test the first 60 seconds of the game's "Home Cookin'" mission. The start of this level can be repeated with little run-to-run variance, and its location within the game's overworld allows it to be tested soon after the game's "Off Beat" mission when conducting back-to-back testing.