Crash Bandicoot 4 is a game that was designed for consoles first and PCs last. Even looking at the game's release schedule confirms this. The game released on PS4/Xbox One, then Switch, PS5 and Xbox Series X/S and then arrived on PC. PC is not a priority for Crash Bandicoot 4.

As described on page 2 of this PC Port Report, we have analysed two missions within Crash Bandicoot 4 to see how the game's settings impacted the game's normal missions and the game's ultra-demanding areas. In the case of our less-demanding level, "Home Cookin'", we found that the performance of our RX 6800 was practically identical at Medium, High and N.Sane settings, which makes sense given how graphically similar all of these presets look. 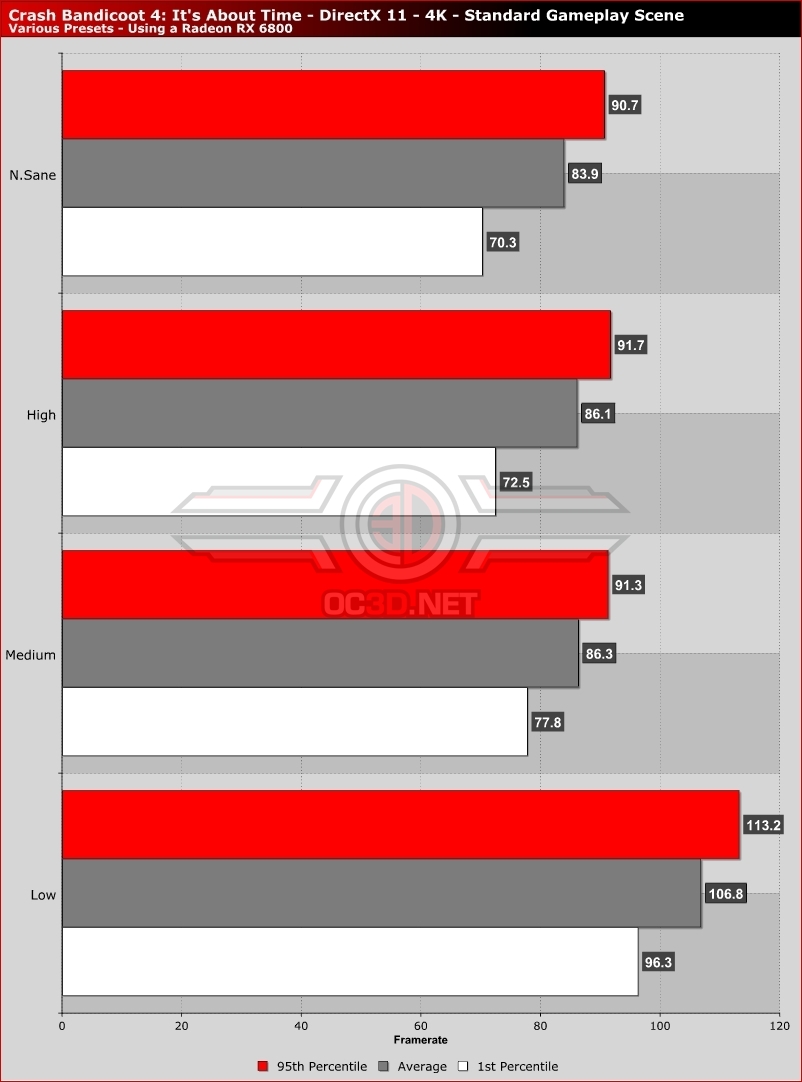 When playing Crash 4's most demanding mission, moving the game from its N.Sane setting to high enabled an incredibly large performance. This settings change secured us a solid 60+ FPS framerate at 4K on our Radeon RX 6800 across every stage that we tested in Crash Bandicoot 4 and the graphical downgrade that we saw after this change was minimal.

Crash Bandicoot 4 players should never go above the game's High preset. The graphics upgrade is not worth it, and the framerate hit in some missions can be crazy large. Great examples of this are Crash 4's "Off Beat" and "Stage Dive" stages. 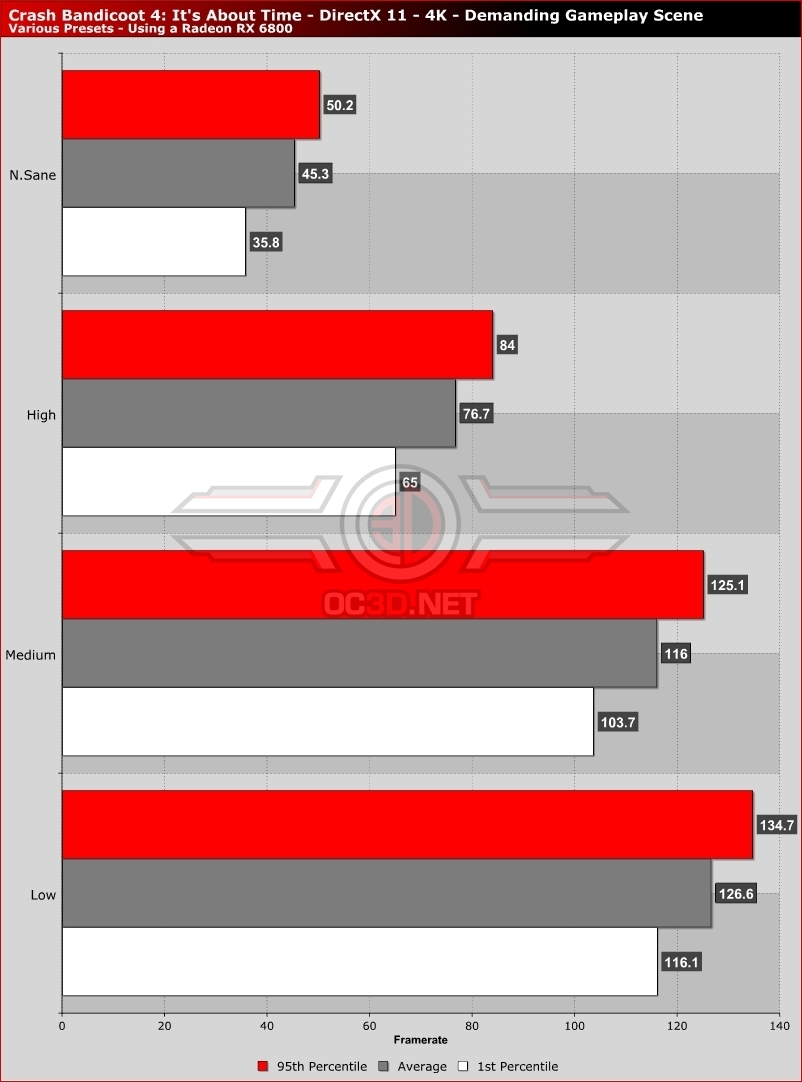