Better performance for Ryzen, but not on all CPU models

Within CD Projekt Red's patch notes for Cyberpunk 2077's patch 1.05, the developer claims that they have "Optimized default core/thread utilization for 4-core and 6-core AMD Ryzen processors", noting that "8-core, 12-core and 16-core processors remain unchanged and behaving as intended".

Today we are looking at patch 1.05 for Cyberpunk 2077, and how this update has impacted the game's CPU performance on Ryzen processors. On the second page of this article, we will also be comparing this data to patch 1.04 after using the PC community's "Hex Edit" for the game, which implemented similar core/thread utilisation fixes for the game. 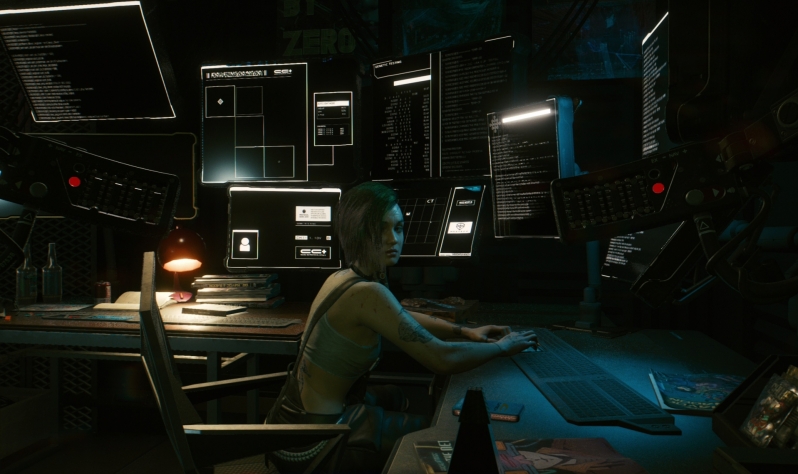 As expected, without SMT, the performance of Cyberpunk 2077 is only marginally different with patch 1.05 when using a 4-core, 4-thread CPU configuration. However, with our 4-core 8-thread setup sees a large performance increase, thanks to Cyberpunk 2077's utilisation of additional CPU cores and threads. Patch 1.05 delivers us a 26.7% increase average framerate with our 4-core 8-thread Ryzen processor.

With our 6-core 12-thread Ryzen setup, we saw the average framerate of our benchmark scene increase from 63.5 FPS to 69.2 FPS, an 8.97% performance increase. When looking at 1st percentile framerates, a larger performance gain of 15.9% is achieved.

In our higher core count testing, we noted smaller performance increases that are more marginal than our 4-core/6-core (with SMT) results. 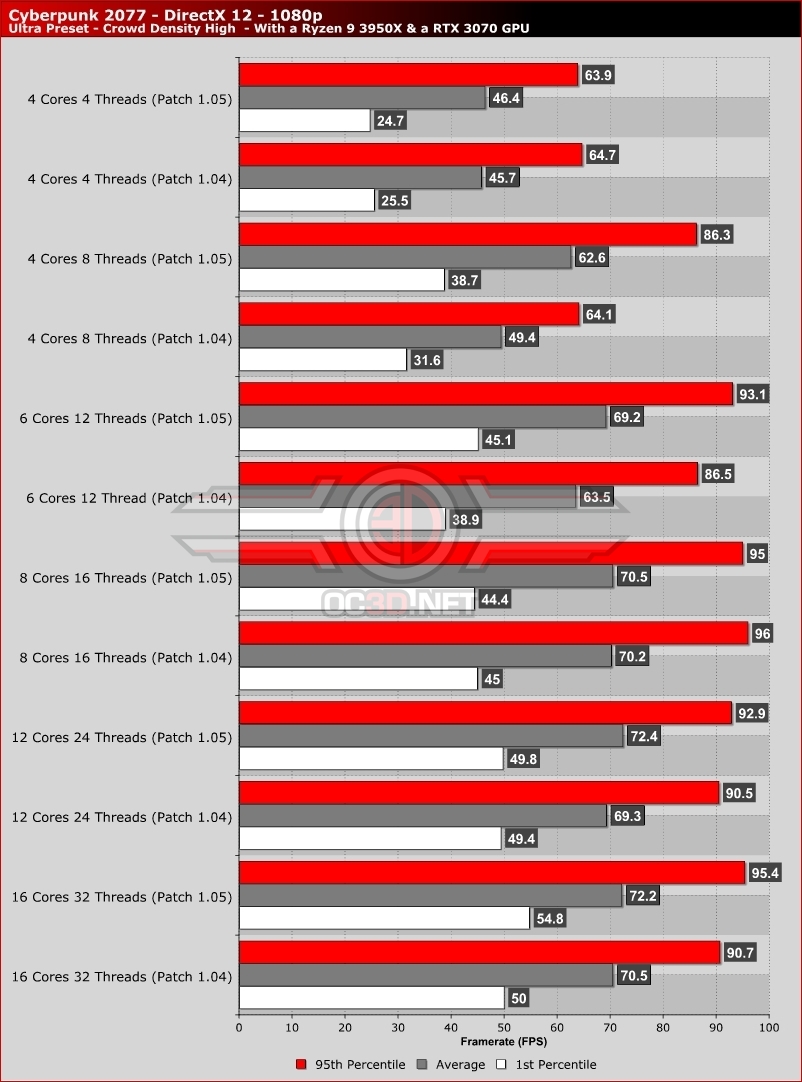 ET3D
How many times did you run this? Steve at Gamers Nexus said that he ran each test about 20 times, simply because there is quite a bit of variability.Quote

WYP
Quote:
How many times I run CPU tests depends on the game. I always ensure that windows updates are finished before any testing and only select benchmarking areas where I can achieve a high level of repeatability and highly consistent data.

Typically, CPU testing is conducted over three runs for each configuration. The data is then checked and repeated again if there are any outliers (which rarely happens). If you select a benchmarking scene where there is little variance run-to-run you won't need to benchmark 20 times for a single processor (assuming that is what you meant by 20 runs).

Before proper CPU testing, I typically run a scene 5-10 times in a row to be sure there is little run-to-run variability to start with. A well-selected test scene can eliminate the need for a crazy number of test runs.Quote
Reply