Cyberpunk 2077 is a demanding PC release, with the game's system requirements asking for hardware that's significantly newer and more powerful than both the PlayStation 4 and Xbox One consoles. SSDs are recommended, even for the game's minimum hardware requirements.

We will see later that Cyberpunk 2077 is a hugely demanding game on PC, especially if gamers target better than PS4/Xbox One visuals. This game targets modern hardware, and it shows. 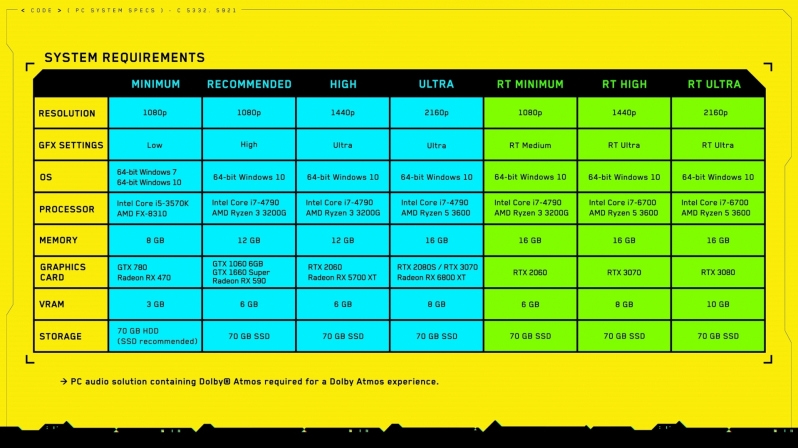 Most PC gamers will be greeted with four graphics presets in Cyberpunk 2077, Low, Medium, High and Ultra, with RT Medium and RT Ultra being reserved for DXR compatible graphics cards. That was a lie, as while the game claims that Ray Tracing is available to DXR compatible GPUs, the option is only available to Nvidia's RTX GPU hardware.

All PC gamers will be greeted with a huge graphical options menu with an insane number of settings. On page 8 of this analysis, we will show you the graphics options which have the largest impact on PC performance, and recommend how to optimise Cyberpunk 2077 for your hardware.

For those who find that their system is CPU-limited in Cyberpunk 2077, you will find a CPU-focused option called "Crowd Density" within Cyberpunk 2077's "Gameplay" menu. This option will decrease the number of NPCs within Night City, placing less strain on your processor. This will enable higher framerates on most systems.  This option will be discussed further on page 4. 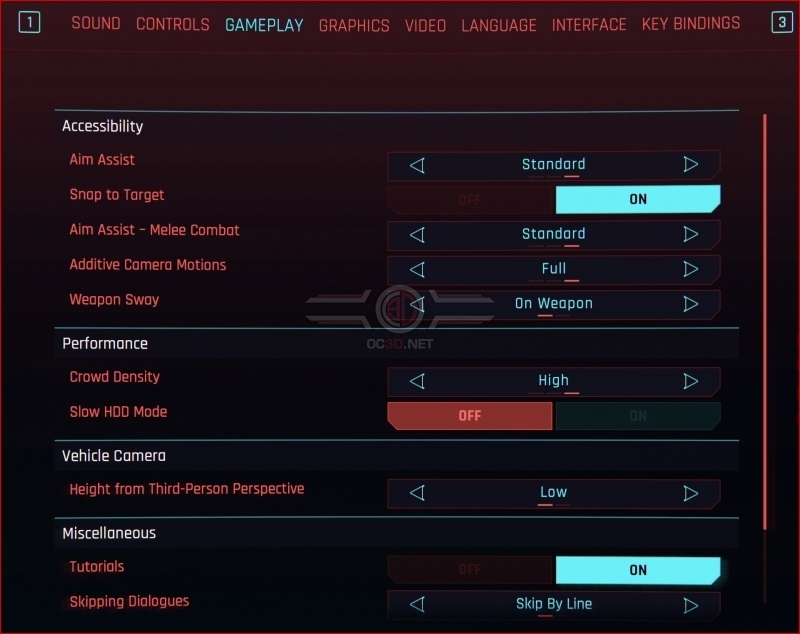