While Deathloop's latest patch promises "Improved performance and stability, especially with ray tracing", our data showcases little to no performance difference between Deathloop's launch day and Patch 1 builds. As such, Deathloop players shouldn't expect much higher framerates when playing this new patched version of the game. That said, this patch is much smoother now that the game's stuttering issues are apparently fixed. Beyond that, the game can now be played at up to 240 FPS, which wasn't the case before now.

Instead of using FSR, this time we decided to use Nvidia's DLSS technology to boost Deathloop's PC performance. Below we can see the results, with DLSS enabling higher performance levels with ray tracing than without ray tracing or DLSS enabled. DLSS makes ray tracing viable in Deathloop, and unlike FSR, it doesn't add more blur to the game. 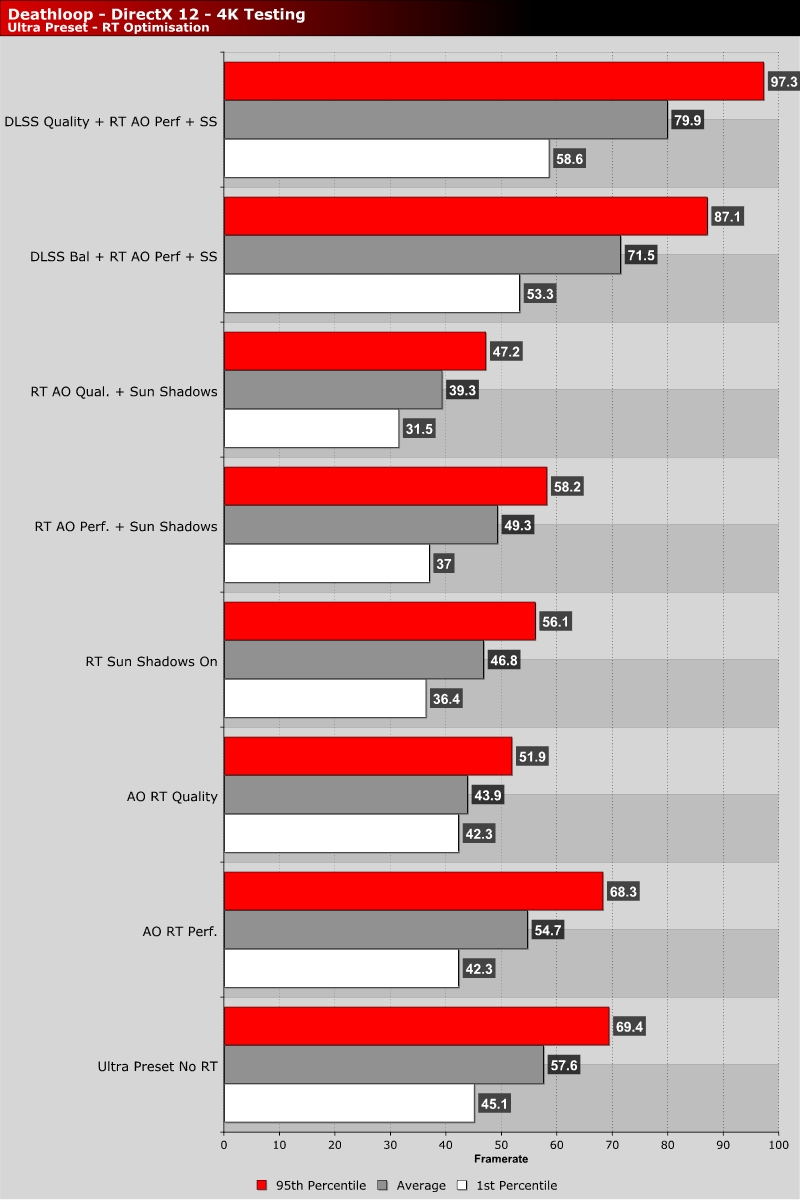 Dicehunter
I know FSR is hardware agnostic and all but it has a fair way to go, Needs some major refinement in the IQ department.Quote

WYP
Quote:
It definitely looks better in some games than others. Deathloop is a particularly poor showing TBH, but it does highlight how far it needs to evolve.Quote
Reply