FidelityFX Super Resolution - A Performance Boost with a Catch

FidelityFX Super Resolution - A Performance Boost with a Catch

While AMD's FidlityFX Super Resolution (FSR) technology promises users higher performance levels with near-native levels of image quality, its implementation within Deathloop is poor. While performance gains are present, even its highest settings present a tonne of blur, giving gamers a performance boost at the cost of image sharpness. Some aliasing also arrives within the game.

While the game's adaptive FSR modes can be useful for games that want to hit specific framerate targets, Deathloop's inclusion within Deathloop leaves gamers with a catch 22. Yes, FSR delivers higher framerates, but it isn't exactly a free performance upgrade.

The tests below were conducted using an RTX 2080 Ti Founders Edition. 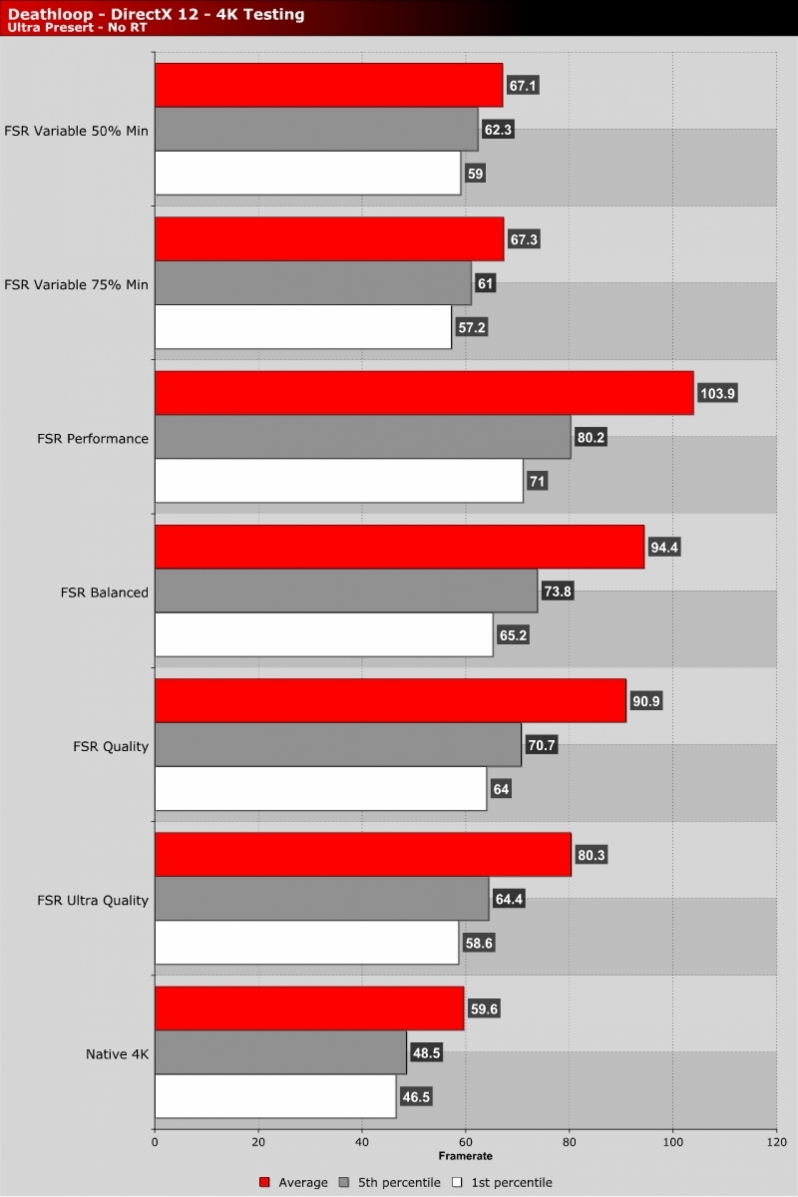 The integration of FSR into Deathloop reminds us of Nvidia's DLSS 1.0 technology. With FSR, a lot of blur is present within Deathloop, and while major performance gains are possible, image quality is lost. That said, higher framerates will allow many gamers to use higher graphical settings elsewhere and allow 60+ FPS framerates to be enjoyed by more gamers.

Frankly, it is a shame that AMD's FSR 1.0 technology is unable to achieve higher levels of graphical fidelity within Deathloop. While FidelityFX Contrast Adaptive Sharpening can be enabled to sharpen the image a little, a quality loss is still evident. That said, while the game is in motion, it is hard to see the detail loss in FSR's ultra-quality mode.

As we lower FSR to lower quality settings, the blur gets worse and more, and more quality is lost in favour of higher framerates. Some aliasing also reappears.

The images below are segments of 4K screenshots takes with FSR turned off and with FSR set to Ultra Quality. 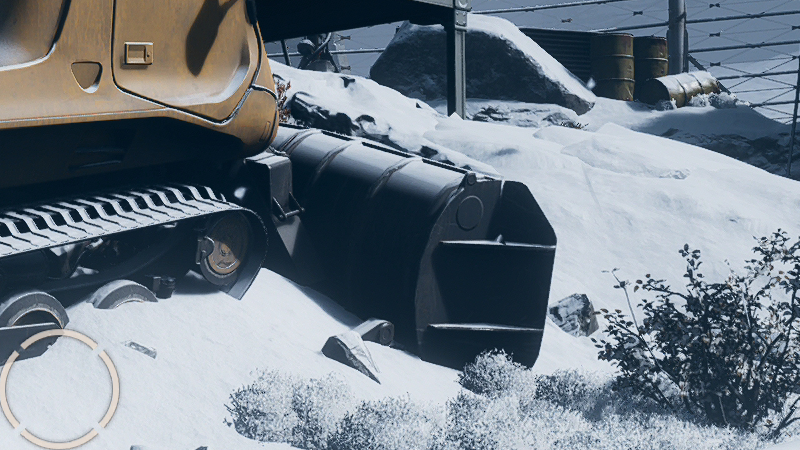 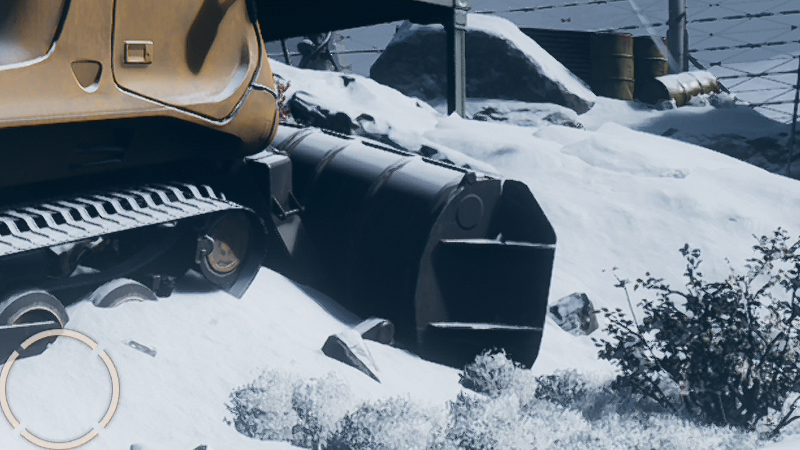