Most of Deathloop's graphical settings have a tiny impact on the game's framerates. Deathloop is not a game with a "set x to medium to get a 30% performance boost" setting.

Setting Shadow Quality to low also has a significant performance impact, though it has a major impact on image quality in many scenes. Other settings that some gamers may want to lower is Texture Detail (to high in most cases), and motion blur.

The tests below were conducted using an RTX 2080 Ti Founders Edition at 4K. 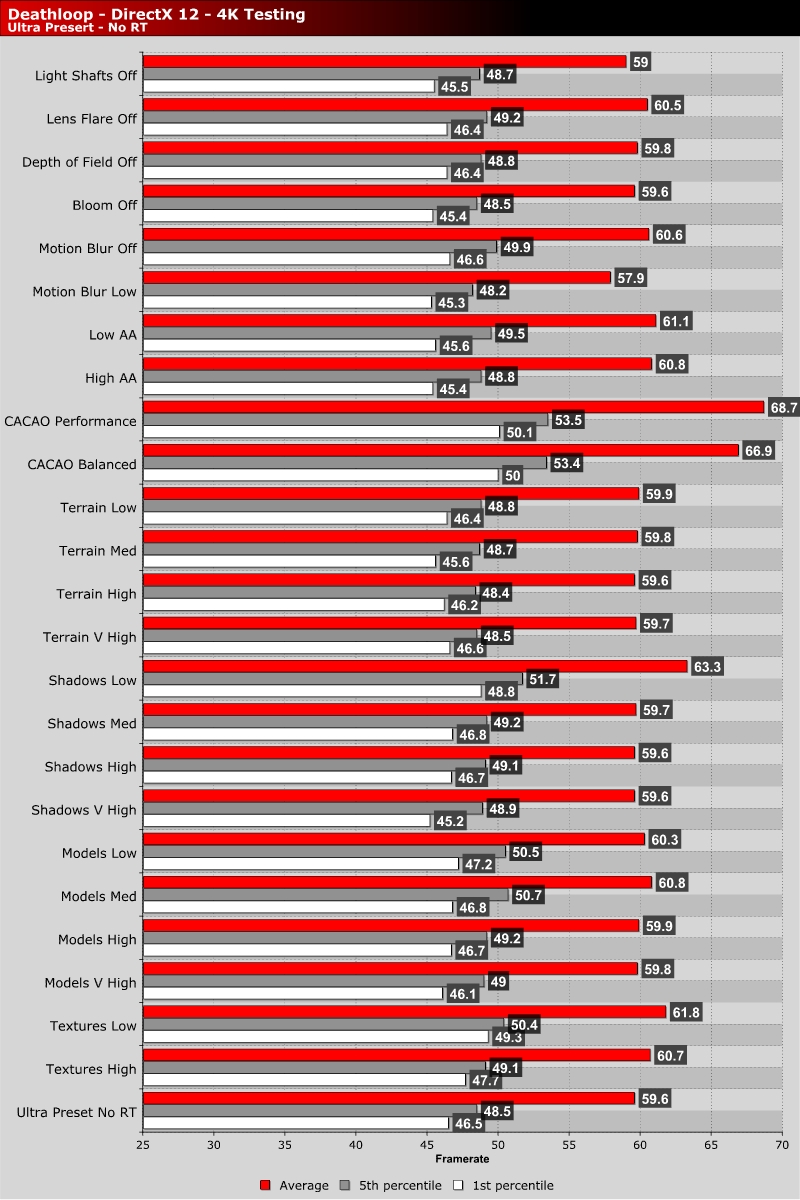