DirectX 12 is due to explode in popularity over the next few years, especially as the DirectX 12 Ultimate standardises the API's most advanced features. Until now, DirectX 12 has been held back by its support of old DirectX 11 era graphics cards, a factor which prevented developers from fully utilising the features of newer PCs. That will change with DirectX 12 Ultimate, and that's great news for PC gamers.

With Hardware-accelerated GPU Scheduling mostly impacting GPU memory, it makes sense for the feature to mostly impact scenes where memory bandwidth is a limiting factor. With this in mind, it makes sense that performance improvements are seen at 4K. For the RTX 2060, small gains can also be seen at 1440p.

It is worth noting that Forza Horizon 4 is mostly CPU-limited at 1080p and 1440p when using our Broadwell-E based games testing system. We are working to update this system to a newer CPU platform over the coming months, as this will help alleviate CPU-based bottlenecks for our future gaming tests. 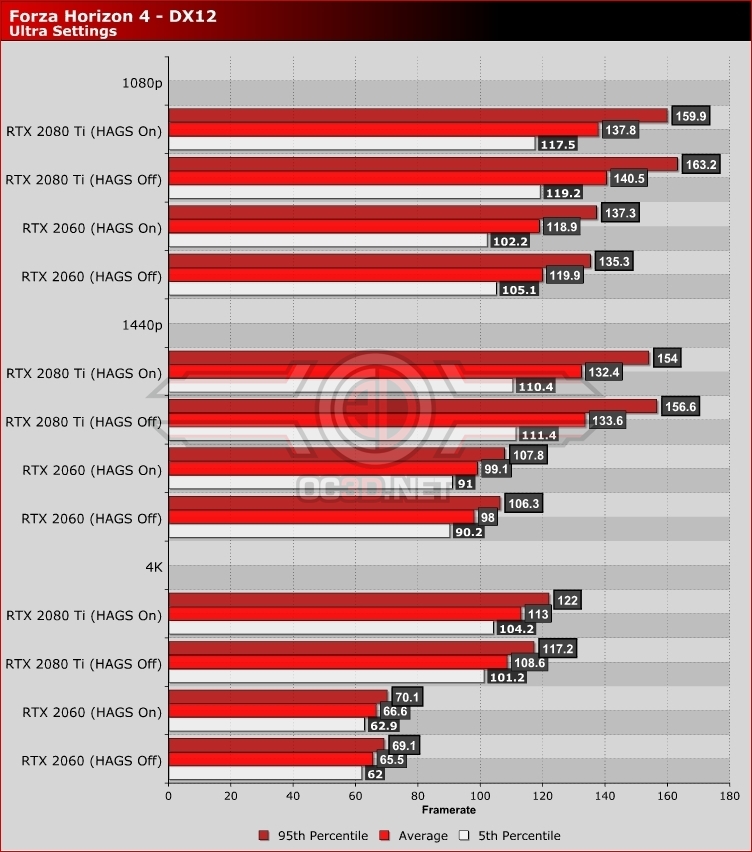 For the most part, Gears 5's PC performance appears to be unimpacted by the use of Windows 10's new Hardware-accelerated GPU Scheduling feature. At 1080p, Gears 5 can be a CPU-limited game with an RTX 2080 Ti, and given the large variance in the game's AI behaviour, performance can vary wildly on a run-to-run basis, even at Ultra settings. 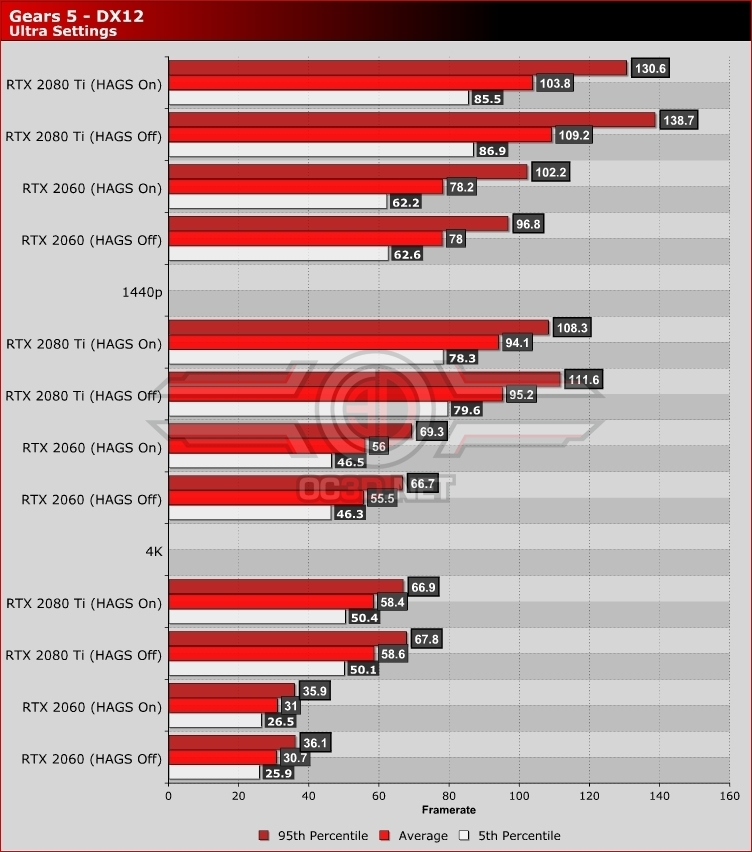