As more games start adopting advanced features like Variable Rate Shading and ray-tracing, APIs like Vulkan and DirectX 12 will explode in popularity on PC. While Vulkan is relatively rare on today's PC games, it's popularity will undoubtedly grow as we move into the next console generation.

Regardless of the settings, we chose for Hardware-accelerated GPU Scheduling, World War Z's game performance is largely unaffected. The only anomalous result that we found was at 1080p with our RTX 2080 Ti, though it is worth noting that World War Z is mostly CPU-limited at this resolution. 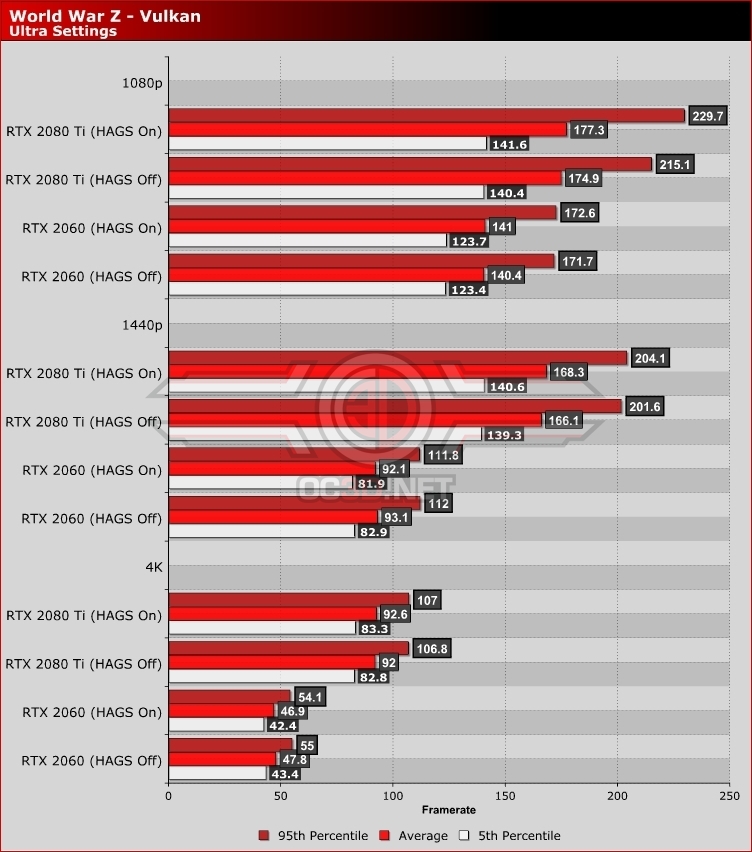 Like all other test cases, Zombie Army 4: Dead War is unaffected by Hardware-accelerated GPU Scheduling. The performance differences seen here can be explained away by saying that these differences are the result of "run-to-run variance". Hardware-accelerated GPU Scheduling clearly isn't a silver bullet which will solve your game performance woes. 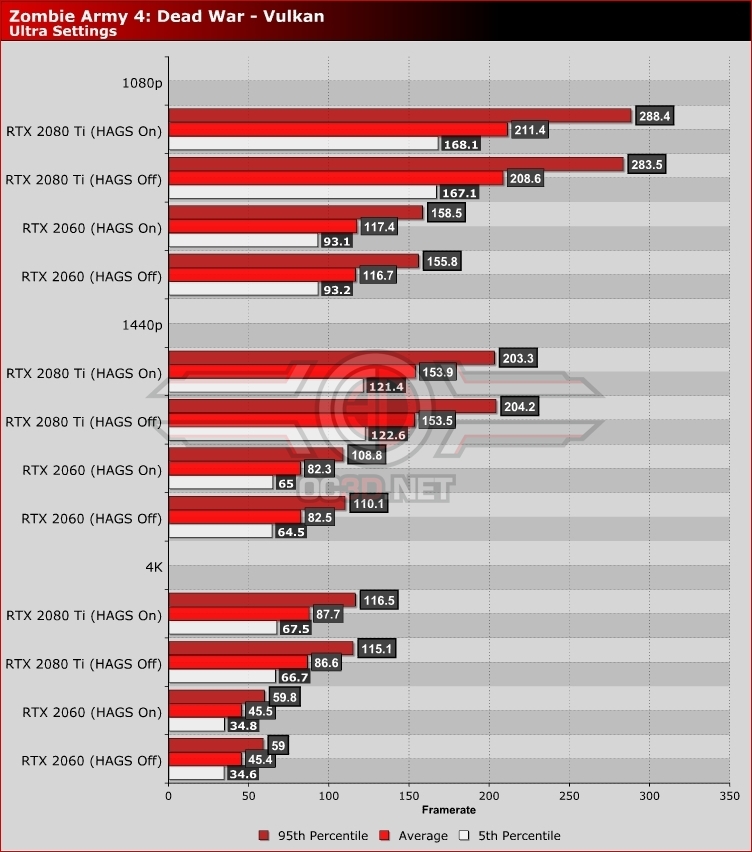