Is your PC ready for hell on Earth

The DOOM franchise has always been one of the all-time champions of the first-person-shooter genre, and DOOM Eternal is designed to put the series back on top with stellar visuals, stable performance and refined gameplay.

The DOOM franchise comes from the veteran developers at id Software, the creators of the Quake Engine, pioneers of 3D and pseudo-3D gaming and home to some of the best engine coders that the gaming market possesses. DOOM 2016 outing also acted as the PC market's first major Vulkan API-based game, showcasing id Software's commitments to cutting-edge technology.

In this article, we will be looking at DOOM Eternal across 10 graphics cards, five resolutions, every graphical preset the game currently offers and CPU configurations that range from dual cores all the way to 12 threads. With this level of testing, we will let you know what kind of hardware/settings you will need to run DOOM Eternal at high framerates, and what PC hardware runs DOOM Eternal at its best. 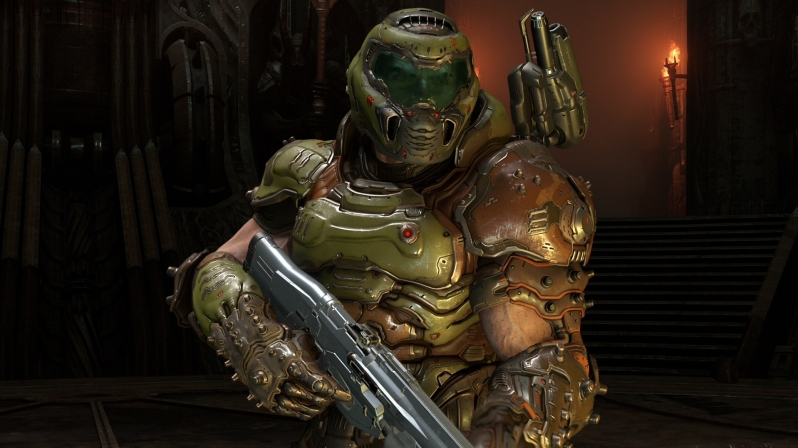 When testing DOOM Eternal's PC version, we opted to use the newest drivers from both the Radeon and Geforce camps. These drivers are AMD's Radeon Software Adrenalin Edition 20.3.1 driver as well as Nvidia's Geforce 442.72 driver.

No gaming test suite would be complete without a large selection of GPUs. At OC3D out current test suite covers Nvidia's RTX 20-series and GTX 10-series alongside AMD's RX Vega and RX 500 series graphics cards.Starting with Metro Exodus, we began testing new PC games with Nvidia's latest RTX series of graphics cards. In our testing, we currently use the mid-range RTX 2060 and uber high-end RTX 2080 Ti entering our graphics card lineup. In time we hope to have a Radeon RX 5700 graphics card for RTX 2060 VS RX 5700 comparisons. With this performance analysis, OC3D's main review staff has been able to work together from across the UK to deliver wider levels of performance testing than is common for our gaming content. This has enabled us to add a wider range of GPUs to our test suite for this review. Radeon RX 5700 Series - Navi (RDNA)- Powercolor Radeon RX 5700 XT Red Devil - Powercolor Radeon RX 5700 Red Devil