DOOM Eternal is unlike any other AAA first-person-shooter. This game isn't a battle royale or military simulation, it's pure carnage, but you'd be wrong to say that DOOM is only about fast-paced violence.

When brought down to its bare essentials, DOOM Eternal is a fast-paced puzzle where players must quickly decide on the best tactics, positioning and weapons for any given task. Gamers must juggle special abilities, weapon attachments and more to tackle the demon hordes, where any moments of slowdown can easily lead to death, especially at higher difficulty levels.

Part of this experience comes thanks to id Software's commitment to 60 FPS gameplay. Still, after playing the game on PC, it quickly becomes clear why many PC gamers now target 120+ FPS, and why both next-generation consoles plan to support 4K at 120Hz in future titles. DOOM is a fast-paced game, and anything that could improve response times, increase smoothness or reduce latency is welcome.

To have a good experience while playing DOOM Eternal, 60+ FPS framerates are a must. Playing this game at 30FPS isn't an option. Reduced player response times and lesser in-game smoothness will hamper gameplay, which is why DOOM's strong performance on lower-end hardware should come as great news for PC users.

When it comes to the PC version of DOOM Eternal, the main graphical option that players should be concerned with is textures. Our recommendation is to use the highest resolution textures that your graphics card can support, which his Ultra for 6GB graphics cards and Ultra Nightmare with 8GB+ graphics cards.

Visually, most other settings in DOOM Eternal have a small impact on the game's look and feel, with even DOOM Eternal's low settings offering a satisfying gameplay experience. Yes, Ultra Nightmare looks great, but that doesn't mean that Low can't also look great, albeit to a lesser extent.

id Software has put a lot of effort into DOOM Eternal's CPU performance, so much so that the game can benefit from six or more cores. That said, an Intel dual-core processor with hyperthreading can achieve 60+ FPS framerates with ease. This fact makes DOOM Eternal incredibly accessible.

For gamers who aim for 144Hz or higher framerate targets, higher CPU core/thread counts will be necessary. Four cores and eight threads are recommended in this case, though the game can benefit from even higher core counts. 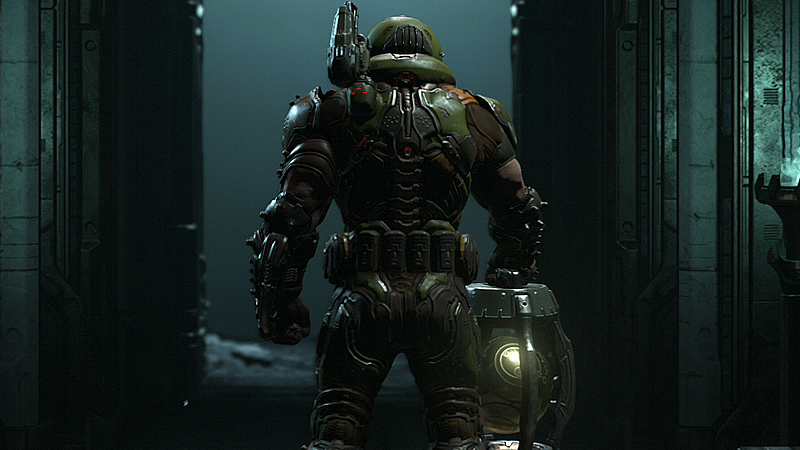 After testing ten total graphics cards, we know that DOOM Eternal is an AMD-friendly title, as all of the Radeon graphics cards we tested were able to outperform their Geforce rivals in out testing.

Another thing that we noted is that DOOM Eternal loves the latest graphics architectures. In our tests, Nvidia's Turing-based RTX 2060 handily surpassing Nvidia's Pascal-powered GTX 1080 while AMD's Navi series cards delivered a similar lead over the Vega series graphics card we tested.

Even on older PC hardware, DOOM Eternal shouldn't be a problem. If you meet the game's PC system requirements, you should be fine. Not many new AAA titles can run this well on older hardware, especially at maxed-out settings. 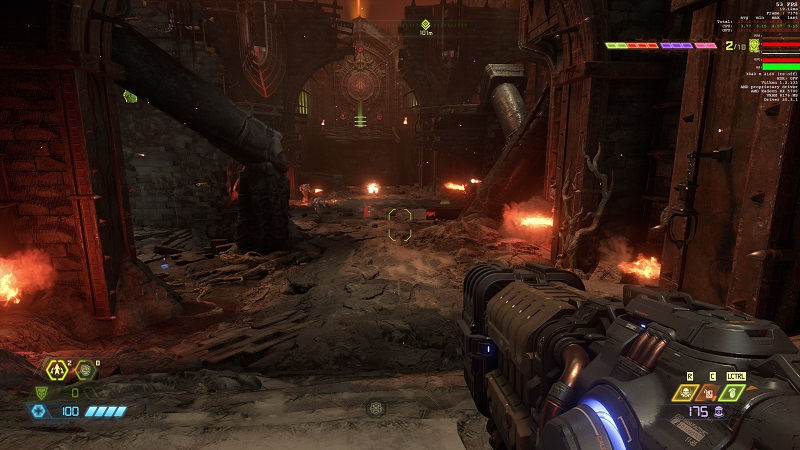 As we mentioned previously, DOOM Eternal looks great at its lowest settings, which means that PC gamers at the lower bounds of this game's system requirements are guaranteed a great gaming experience. id Software knew exactly where cuts could be made without compromising DOOM Eternal's graphics too much, delivering high framerates and stellar visuals to all.

id Software has delivered some fantastic upgrades to its id Tech engine, and DOOM Eternal has left us excited to see what they are capable of with next-generation hardware. If they could do this much without features like Mesh Shaders and ray tracing, just imagine what they could do with it.

One of the most important options for DOOM Eternal is its resolution scaling solution, though this setting will only come to play for users of 1440p and higher resolution monitors. 4K remains incredibly demanding on PC, with only Nvidia's RTX 2080 Ti achieving solid 60+ FPS framerates in our testing. That said, Nvidia's RTX 2080 Super should also get close to that mark, and at a minimum deliver average framerates of well over 60 FPS.

With the right settings adjustments, and maybe a little resolution scaling, graphics cards like AMD's RX 5700/5700XT and Nvidia's RTX 2060/2060 Super should be able to easily offer 4K 60 FPS performance in DOOM Eternal, which is excellent news for users of these sub-£400 graphics cards. DOOM Eternal proves that high resolutions, incredible visuals and high framerates are possible without absurdly expensive graphics hardware.

Every PC game with relatively modern hardware should be able to run DOOM's PC version with ease, giving them the chance to experience a different take on the first-person-shooter genre. Not many games offer the same style of gameplay as DOOM Eternal, and id Software has proven that you can make a huge success out of niche ideas and solid execution.

If this type of shooter is your thing, then we can wholeheartedly recommend DOOM Eternal's PC version. It runs well, it has presented is with no real issues and it delivers fantastic visuals and solid gameplay. Now that that's said, it's time to play more DOOM.

You can join the discussion on DOOM Eternal's PC version on the OC3D Forums.