Our benchmarking location for DOOM Eternal is one of the most demanding areas that we could find in the game. With this in mind, we will note that general gameplay will offer much higher average framerates depending on your location. We tested DOOM Eternal is an area that's remarkably close to our worst-case-scenario for the game while also offering a high level of run-to-run consistency. Our benchmark runs are then validated over three test runs, where framerate differences are often less than 1 FPS.

A note about 6GB graphics cards

DOOM Eternal's Ultra Nightmare textures are only supported on graphics cards with 8GB or more VRAM. This means that GPUs like AMD's RX 5600 XT, and Nvidia's GTX 1060 and RTX 2060 only support DOOM Eternal's Ultra Nightmare settings when using the game's Ultra texture setting. This means that Nvidia's GTX 1060 and RTX 2060 are running slightly lower graphical settings than our other graphics cards.

Both the RX 580 and GTX 1060 are popular graphics cards, having offered gamers a lot of value for money over many years. Even today, both GPUs are popular within the used market, making performance data for these cards highly relevant when testing new games.

With DOOM Eternal, it's clear that DOOM Eternal loves Radeon graphics hardware, with AMD's RX 580 wiping the floor with Nvidia's GTX 1060. The RX 580's average framerate is 20 FPS higher at Ultra Nightmare settings, and a similar lead is maintained at lower graphical presets. 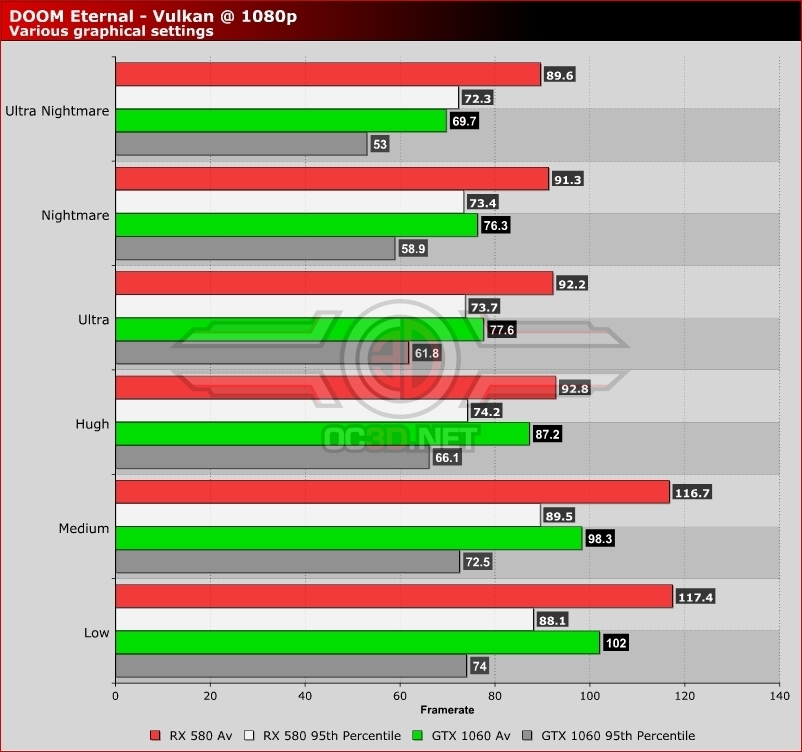 Moving to the latest graphics architectures from AMD and Nvidia, we can see that DOOM Eternal still favours Radeon hardware. Nvidia's RTX 2060 lags behind, but neither architecture can run DOOM Eternal at 4K 60FPS at Ultra Nightmare settings.

Both of these graphics cards require resolution scaling to run at 60FPS on a 4K screen, and lower settings to be able to offer a constant 60+ FPS framerate. Not bad for graphics cards that can be purchased for at or under £300. 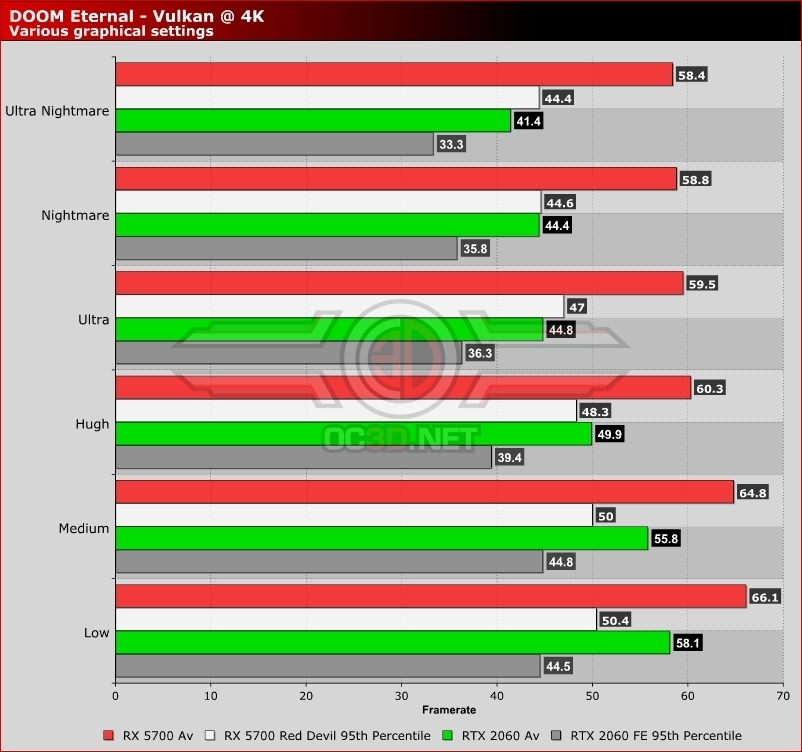