Far Cry 6 is a mixed bag when it comes to PC optimisation. On the GPU side, the game is very well optimised. The game offers PC users many graphics options to tinker with and additional tools like AMD's FidelityFX Super Resolution to provide further performance scaling. Sadly, the same isn't true on the CPU front.

Far Cry 6 is similar to Far Cry 5, using an evolved version of Ubisoft's DUNIA engine to deliver a next-generation Far Cry experience with ray tracing and a more detailed world. Sadly, these extras pile more CPU load onto the engine, and that can make high framerate gameplay a challenge. Yes, 60 FPS gameplay is relatively easy to achieve, but 120Hz, 144Hz, and 165Hz screens aren't exactly uncommon amongst PC gamers.

Like Far Cry 5, we believe that we would get much better performance from Far Cry 6 if we used a Ryzen 5000 series processor in our test system. Far Cry 5 loved the Ryzen 5000 series' combined L3 cache, and we think that Far Cry 6 would receive similar performance benefits. Far Cry 6 is a game that likes CPUs with a strong cache setup, fast memory and tight memory timings. It's a shame that Far Cry 6 wasn't reworked to make the game more forgiving in these regards.

When using high-end graphics cards at 1080p and 1440p, Far Cry 6 is performance-limited on PC. This is especially true when ray tracing is enabled. When playing Far Cry 6, these factors may make your CPU/memory your system's primary bottleneck, assuming you aren't gaming at 4K or with a low-end graphics card.

Regardless, users of modern graphics cards should achieve 60+ FPS framerates with relative ease when using optimal graphics settings. Disabling features like ray tracing should deliver a significant performance boost, but lowering settings like Volumetric Fog, Water Quality, Environmental detail, and Geometric and Vegetation detail to lower settings will also have a notable performance impact. Beyond that, FidelityFX Super Resolution can deliver a huge performance boost.

In our testing, Far Cry 6 frequently crashed at 4K Ultra settings using our 6GB RTX 2060 graphics card. We also had performance issues at 4K Ultra settings when ray tracing was enabled with 8GB graphics cards, even when high-resolution textures were disabled. Far Cry 6 shows us that 4K gameplay is making larger banks of VRAM a requirement for future PC games and making 8GB the minimum that we should expect from mid-range or higher-end GPUs. 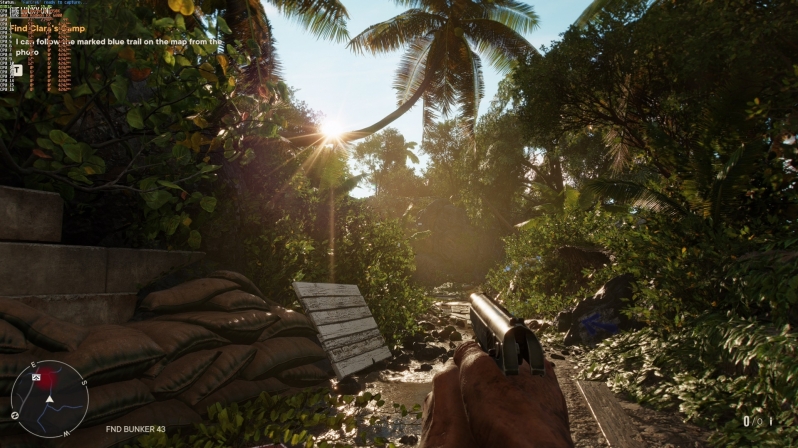 Is Ray Tracing Worth it?

With regards to Ray Tracing, Far Cry 6's implementation of RT Shadows and RT Reflections is not as advanced as what we have seen in games like Remedy's Control. Even so, Ray Tracing can have a huge impact on Far Cry 6's visuals. Player reflections can be seen on some objects; puddles can now reflect the jungles of Yara, and reflective metallic objects are now affected by the colours of surrounding objects. That said, these features are limited.

For starters, DXR Reflections is limited to selected surfaces. Don't expect large lakes or the sea to utilise Ray Traced reflections. Screen Space Reflections are used in these instances, likely to limit the performance impact of RT reflections.

Ray Traced shadows are more challenging to spot, so much so that it's arguable that the setting isn't worth enabling. It has a significant performance impact, and it is hard to spot the difference between RT shadows on and off during gameplay. We even found it hard to find good locations for side-by-side image comparisons.

In short, RT Reflections can make a worthwhile visual difference, and most gamers will be better off avoiding RT Shadows. While RT reflections have some visual artefacts (like the game's SSR reflections), they do look great in many situations.

Regarding Far Cry 6's Ray Tracing performance, it is clear that Far Cry 6 is an AMD-branded game. This is one of the first times that we have seen ray tracing in a game where AMD's RT performance is competitive with Nvidia's. This shows that great RT performance on AMD's GPUs is possible, which is excellent news for RX 6000 series owners (and PS5/Xbox Series owners). That said, this implementation was optimised with AMD's help. It really says something that a ray traced game that's optimised around AMD's strengths still delivers similar performance on Nvidia's GPUs. Nvidia is clearly ahead of AMD when it comes to RT performance. 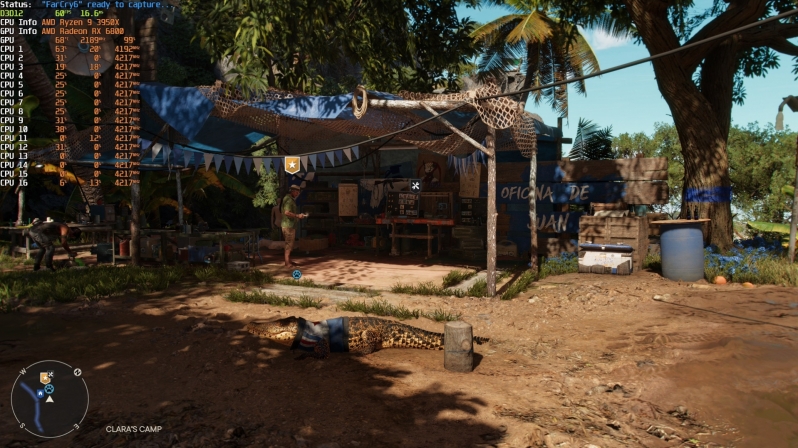 What about FidelityFX Super Resolution

FidelityFX Super Resolution is a valuable graphics option for Far Cry 6 players, especially those who intend to play the game at 4K. In side-by-side comparisons, FSR is visually different to Far Cry 6's native rendering solution, but its image quality levels are more than high enough to be considered worth using. At 4K with FSR set to Ultra Quality, Far Cry 6 is noticeably sharper in some places, while native 4K looks better in others. When FSR is enabled, aliasing is a little more visible, but the performance gains offered by the feature is more than worth the minor increase in aliasing.

Sadly, the overall impact of AMD's FSR feature is limited by Far Cry 6's non-GPU performance limitations. Otherwise, high-end GPU users could target 4K 120+ FPS framerates without many issues with FSR set to its Quality mode. Sadly, this is not the case, as Far Cry 6 is fairly CPU/memory limited.

For those who prefer to play Far Cry 6 at a native, unreconstructed resolution, AMD's FidelityFX Contrast Adaptive Sharpening (CAS) is a useful add-on that will allow Far Cry 6 to look sharper and more detailed. This counters the TAA blur that Far Cry 6 can possess, and it had a negligible performance impact. There is no reason for PC gamers to not enable FidelityFX CAS in Far Cry 6.

In all, we have enjoyed our time with Far Cry 6. If you have enjoyed the rest of the series, you will enjoy Far Cry 6. Performance-wise, it is easy to achieve stable 60+ FPS framerates on modern PCs when using the right graphics settings, though fans of higher framerates will find Far Cry 6's CPU/memory performance to be lacking. Even so, it is hard to say that Far Cry 6 runs poorly on modern PCs. While we would like 120Hz+ framerates to be more achievable, it isn't exactly a requirement for a modern PC game.

You can join the discussion on Far Cry 6's PC performance on the OC3D Forums.