Far Cry 6 is very CPU-limited on our test system, especially when new features like Ray Traced Shadows and Reflections are enabled. Like Far Cry 5, Far Cry 6 loves CPUs that can deliver high levels of single-threaded CPU performance. That said, memory latency and CPU cache performance also have a role to play.

It is a shame that Far Cry 6 isn't less CPU-limited than its predecessor, but at least 60+ FPS is pretty easy to achieve. 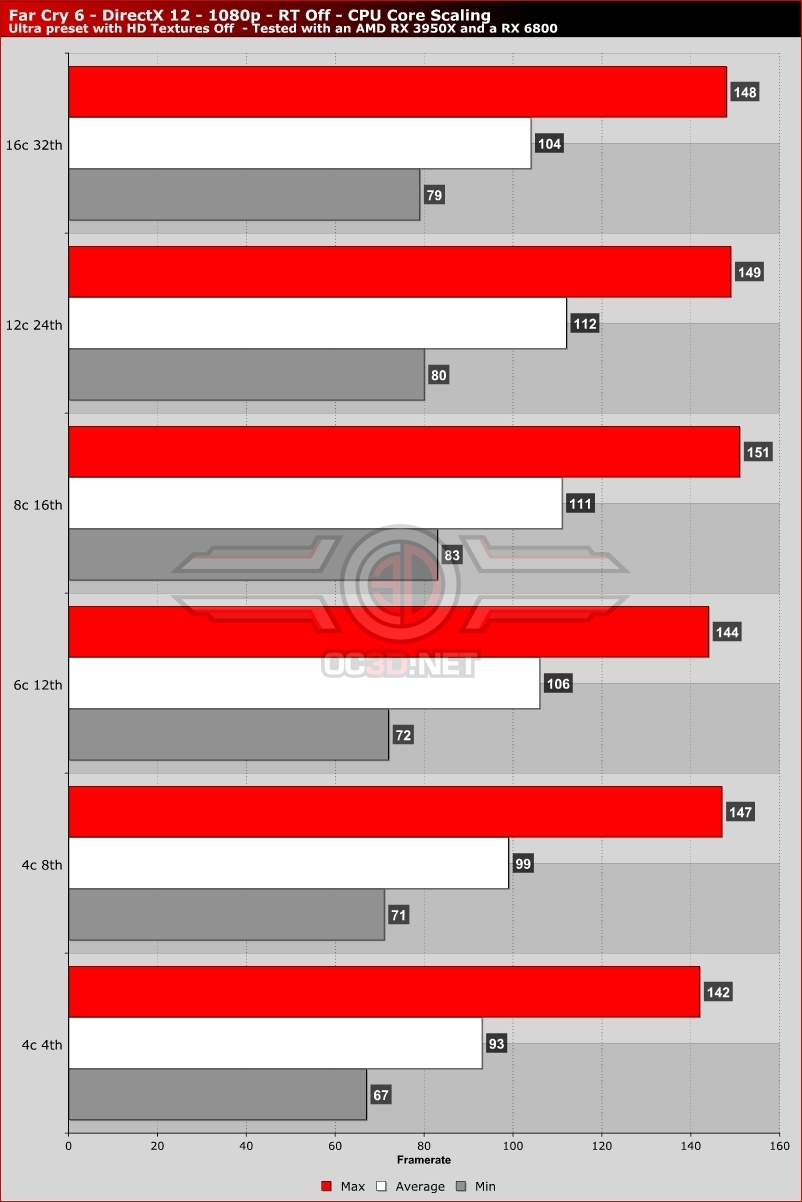 As we said above, adding Ray Tracing into the mix makes Far Cry 6 even more CPU-limited. Thankfully, 60+ FPS framerates remained possible, but it looks like ultra-high framerate Far Cry 6 experiences will be limited to those with powerful processors and fast memory configurations.

Below, we can see performance scaling upwards until we have eight active cores and sixteen threads. After that, the game appears to be fully CPU-limited. 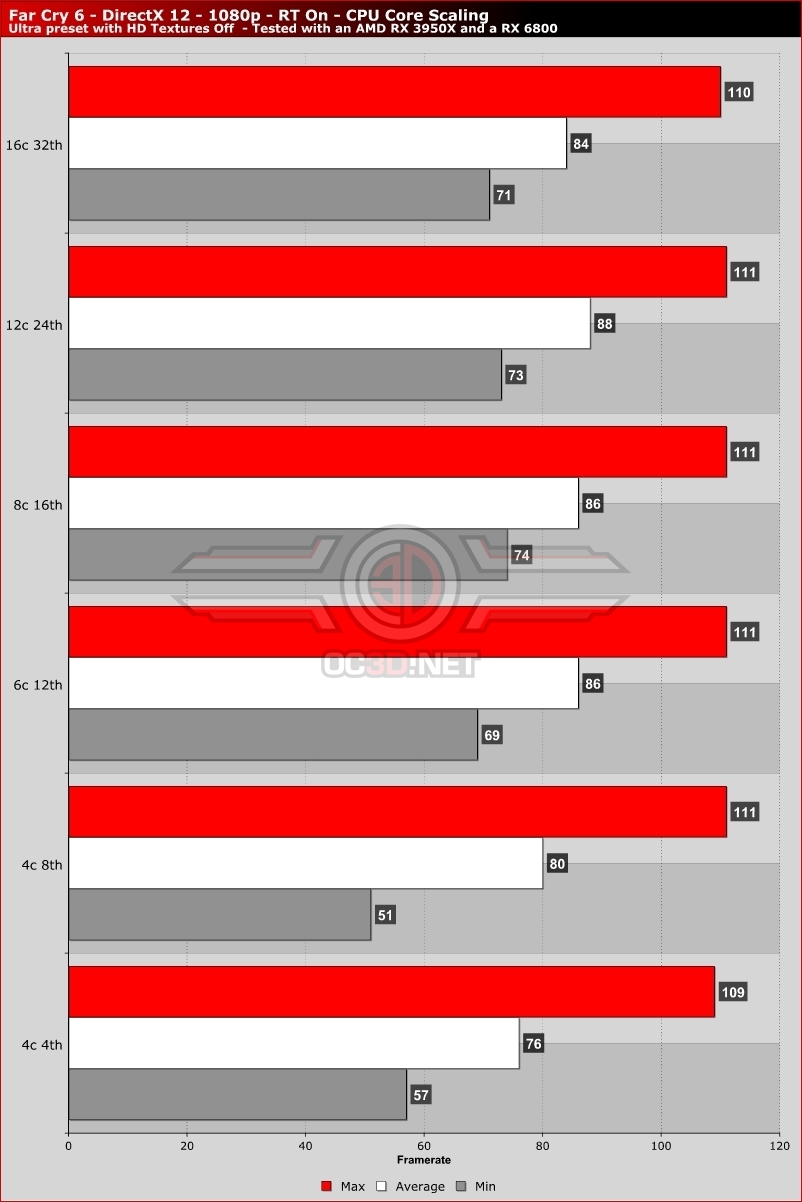