1080p Performance Tested - Ray Tracing On and Off

If you are using an ultra-high-end graphics card at 1080p, your system will likely be CPU-limited when playing Far Cry 6. Practically everything above AMD's Radeon RX RX 6600 XT and Nvidia's RTX 3060 Ti is CPU/memory limited at 1080p with our Ryzen 9 3950X.

Thankfully, with the right graphics settings, all of the below GPUs can achieve steady 60+ FPS framerates. Even AMD's RX 480 and Nvidia's GTX 1060, both of which are starting to show their age in modern PC titles. 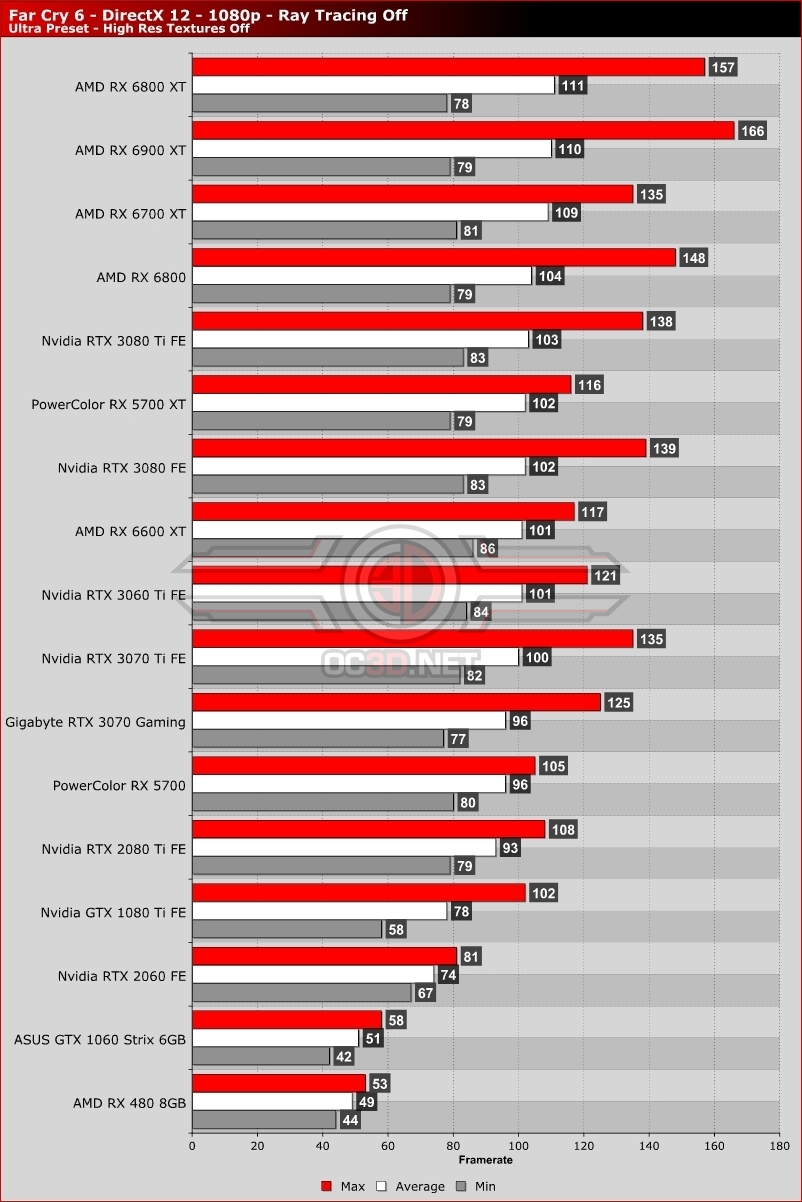 When Ray Traced Shadows and Reflections are enabled, Far Cry 6 becomes even more CPU-limited, with GPUs like Nvidia's RTX 2060 dropping below the 60+ FPS line. In general, Nvidia-based systems appear to be more CPU-limited than AMD-based systems in Far Cry 6, barely keeping some Nvidia GPUs above our 60 FPS performance target. 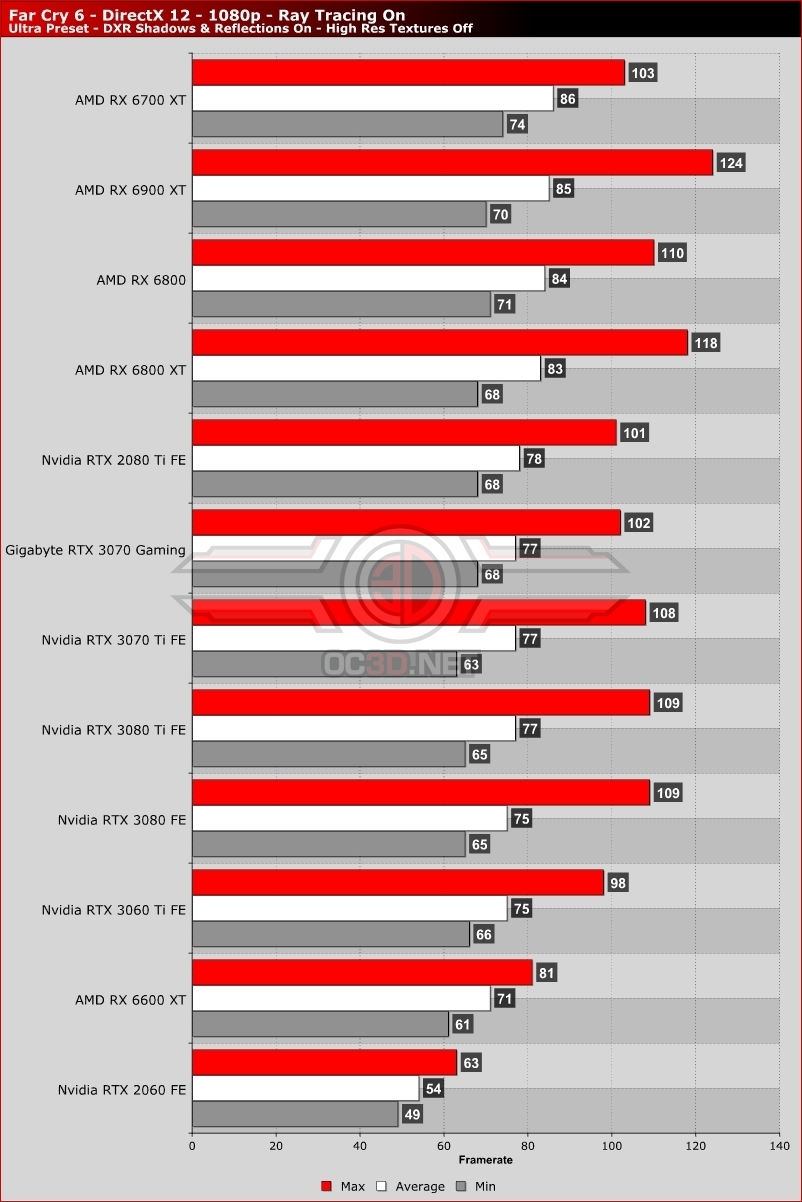